25303 Jonathan Day (RMC 2012) is currently posted to CFB Borden as the Base Supply Officer. And while that posting brings the Wasaga Beach, Ontario, native back home again he’s gotten around since graduation. “After grad I was posted to Maritime Operations Group Four in Esquimalt where I was the stocktaking chair,” he said. “I completed my MARS II (old NETPO) training and was attach posted to HMCS CALGARY for a couple of months while she conducted the first post-FELEX trials.” In the summer and fall of 2013 he completed his Logistics Officer training and was posted to the Fleet Diving Unit (Pacific) in Esquimalt. “There I was responsible for all deployed logistics,” he explained. “The highlight of this posting was sending multiple dive teams to areas such as Norway, Australia, and the Arctic Circle, and assisting in hosting the Deep Dive Ex in Esquimalt.” The Deep Dive Ex, he explained, is a multinational yearly exercise conducted in various countries. In 2014 it was held on our west cost.” As he went on, “I coordinated the material movement for all the nations involved and working closely with them showed me the vast differences in our systems. It was a very rewarding experience.” Following this it was back to HMCS CALGARY to complete his Head of Department qualification when he did in June 2017. He was posted to CFB Borden a month later. 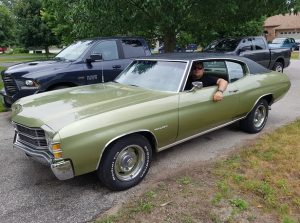 While posted to HMCS CALGARY, Day had another career highlight. “I organized the Canada Day reception onboard HMCS CALGARY and HMCS VANCOUVER,” he said. “The event saw more than five hundred attendees from more than twenty different nations. It successfully kicked off the RIMPAC exercise.”

Jonathan Day credits the College with helping him learn the skills needed to succeed in such varied postings. “RMC enabled me to establish priorities,” he said. “The time management skills I developed at RMC assist me in my day to day life in and out of the CAF. It’s not about being 100% at everything or 100% at one thing and 50% for the rest; it’s about allocating resources to ensure all priorities are met. The ‘80% solution’ maybe the best solution given the time available and RMC taught me about that. RMC also gave be the platform to develop my leadership skills and determine the type of leader I wanted to become.”

Like many other ex-Cadets, it’s the people he remembers most from his time at the College. “My fondest memories will always be the friendships I made,” he said. “The connections I made there have helped me a long way in my career.” He also still keeps in touch with many of his former classmates. “I keep in touch with some of them though social media. In Esquimalt I had the privilege of being posted with a number of them which made it easier. While being posted and on tasking, I realized how easy it is to find a classmate at a TGIT and to have a pint and catch up.”