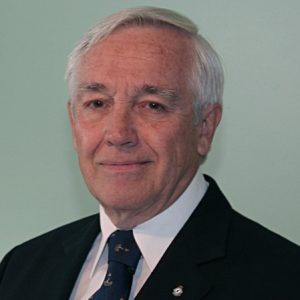 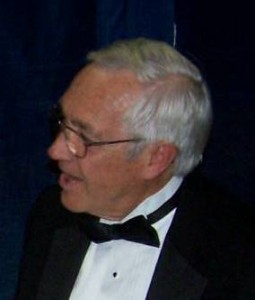 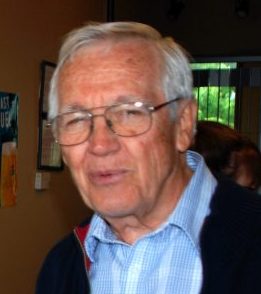 4976 Reg Watts may be what he calls “semi-retired,” but he hasn’t slowed down much in recent years. He served on the executive of the Kingston Branch of the RMC Club from 2006 to 2013 as both Vice President and President and although he hasn’t worked full-time in twenty years he remains active in the management consulting game and is still involved in strategic management and executive search functions for The Portage Group. As he explained, however, that’s only part of the story. “My wife and I enjoy boating in season and we travel abroad during the cooler months. We also enjoy opera and ballet when we can. And when I’m not doing any of those things I spend some of my time on my only hobby which is building and flying radio-controlled model aircraft.”

Reg Watts graduated from RMC in 1960 but actually began his military college career at Royal Roads Military College. After two years there he transitioned to Kingston and this was a memorable event for him. “To describe it as difficult would be misleading,” he said, “because I found the difference in college life in Kingston to be quite interesting although at first it was somewhat intimidating because of the size of the body and the difference in the culture from Royal Roads.” As he explained, Royal Roads was a smaller institution which meant that they had somewhat more responsibility as Cadet officers and that they also knew everyone in their class and in the classes that were junior and senior to them. In contrast, “At RMC we were part of a much larger unit and strange faces caused us to seek out our Royal Roads mates on every occasion possible.” Watts would describe the transition more as “adaptive than oppressive” and ultimately credits Royal Roads with being more formative for him than RMC. “My greatest take away from Royal Roads was learning the concept of team loyalty and team spirit.”

That team spirit served him well throughout his military career. Following graduation and training as a Navigator he flew maritime patrol missions with 405 Sqn in Greenwood, NS, for nearly four years. When asked, he described these missions as “long” but “really important for NATO and especially the US.” As he explained, “The flights were arduous and sometimes totally boring, but there were enough challenging moments to make those days very memorable for me. Winter weather over the Atlantic is as rough in the air as it is on the surface and after a twenty to twenty-four hour flight crews were exhausted for days.” He flew the Canadair Argus and he stressed the importance both of that platform and what it allowed them to do. “It had a fantastic endurance, with one crew logging over thirty hours on one flight. Most Canadians today don’t understand those times because they are long past, but Canada played a significant role in monitoring and tracking the Russian submarine fleet. During the Cuban missile crisis, for example, Canada was the only nation capable of patrolling the mid-Atlantic and supporting the US military.”

Several events in particular from those days stand out for Reg Watts. On one occasion, he said, “We were stationed to assist in surface searches for the lost American nuclear submarines Thresher and Scorpion.” His crew also took part in a “very interesting exercise with NATO Navy forces in the North Atlantic in which we took an active part in screening a US aircraft carrier from submarine attack.” Finally, he also took part in a long-range search for a downed aircraft in northern Labrador, which was notable because, as he explained, “We did not actually locate the aircraft. The crew were lucky because one of them was an Inuit and used his native skills to get them to safety.”

Reg Watts had a notable career after leaving the military as well. In _____, he and his wife Patricia took their sailboat Dora Rose from Canada to the Chesapeake Bay and then south to the Bahamas, Cuba, the Cayman Islands, Mexico, Belize, Guatemala, and Honduras. They were gone four years and the trip was the fulfillment of a dream he’d had since he was a boy. “We spent three years in preparation,” he explained, “taking courses in everything imaginable so that we could be independent on the open ocean.” He also credits his Air Force navigation skills with helping them travel safely. There were, he said, many highlights from the trip. “People always ask us about weather and certainly some of the more severe weather conditions we got into were memorable as well as character forming! Our exploration of Cuba was fascinating,” he went on, “because were able to anchor in various ports around the country where we were able to meet the local people and experience their way of life. At that time life for them was very basic, we were sad to see the poverty although it was remarkable that the people remain cheerful despite that.” In the Cayman Islands they dove with stingrays and off Mexico they were stopped on two occasions (and searched once) by Mexican Navy patrol boats. “This was all about drug trafficking, and they rapidly realize that these two senior citizens were not involved in the game.” After spending almost a year in Guatemala, during which they helped to build a medical clinic for a Mayan village which had no facilities, they returned home via Honduras, Mexico again, and the US Virgin Islands. The initial plan had been to sail around the world, but personal issues meant they could not continue past Honduras. Still, Watts has no regrets. The trip back was “uneventful except for a couple of skirmishes with tropical storms and some equipment failures, but all in all it was a relatively calm finish to an exciting time.”

What does he remember most from his military college days? “What I treasure the most are the friendships with my classmates which endure today. Next to that are the qualities and principles that military college life instills in its Cadets and which affected the rest of my life in an exceptional way. Some of those were self-reliance, accountability, persistence, overcoming adversity, and loyalty.”