The Meritorious Service Decorations include a military division and a civil division, with two levels each: a medal and a cross. The military division recognizes individuals for their outstanding professionalism and for bringing honour to the Canadian Armed Forces and to Canada.

If we missed anyone please let us know with a comment. 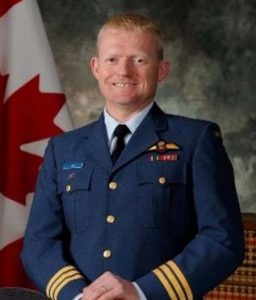 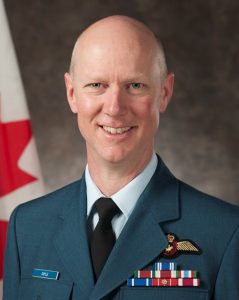 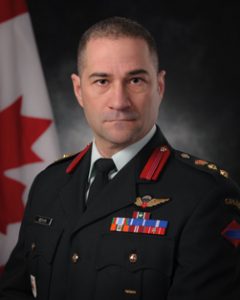 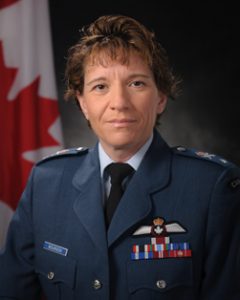 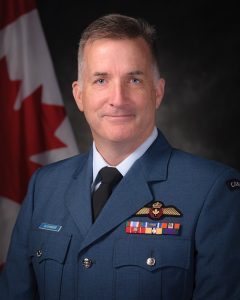 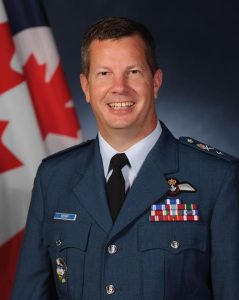 The following alumni of Canadian Military Colleges were awarded a Meritorious Service Cross (Military Division) April 4, 2017 because their specific achievements have brought honour to the CAF and to Canada.

From June 2014 to July 2015, Colonel Boivin served as commander of Task Force El Gorah and as chief of liaison of the Multinational Force and Observers in Egypt. He demonstrated unwavering leadership and strong diplomatic skills in responding to a deteriorating security situation, and in managing a Canadian workforce that was doubling in size. His political sense and extraordinary dedication ensured operational success in one of Egypt’s most violent regions. He holds a Master’s degree in Applied Military Science from the Royal Military College, Kingston. He is a student at the Australian Defence College.

As commander of Joint Task Force-Iraq from May to November 2015, and through her outstanding leadership, Colonel Bourgon ensured the success of a combat mission against the Islamic State in Iraq and Syria. She successfully managed numerous issues, with particular attention given to the morale and well-being of over 500 soldiers under her command. She provided an exceptional level of service, which contributed to strengthening Canada’s reputation within the international coalition. She joined the military in 1987 under the ROTP training plan and was selected to attend Le College Militaire Royal de St-Jean where she graduated in 1992 with a Bachelor Degree in Business Administration. She holds a Master in Public Administration from the Royal Military College of Canada. She serves as Director General Operations in the Strategic Joint Staff.

As commander of Air Task Force–Iraq in Kuwait from October 2014 to April 2015, Colonel Kenny exhibited outstanding leadership, and ensured an effective and credible combat capability in support of the coalition. His selfless dedication to his staff and tireless efforts to improve and sustain operations enabled the successful launch and recovery of more than 500 combat missions over Iraq. Colonel Kenny’s remarkable performance during a challenging deployed combat operation brought great credit to the Canadian Armed Forces and to Canada. He was born in Cold Lake, Alberta. In 1989, he enrolled in the Canadian Armed Forces and attended both the College Militaire Royal de Saint Jean and the Royal Military College of Kingston, graduating in 1994 with a degree in Computer Engineering. He serves as Deputy Commander Force Generation at 1 CAD HQ in Winnipeg.

Colonel Alexander was deployed to the Sinai from June 2015 to July 2016 as part of Canada’s contribution to the Multinational Force and Observers. He provided exceptional leadership as chief of liaison and Canadian contingent commander in a period of ever-increasing threat and deteriorating security. Moreover, the diplomatic tact he displayed while collaborating with the Egyptian Security Forces and the Israeli Defence Forces was both remarkable and essential to the success of the mission. He is currently the RCAF Director of Air Simulation and Training. He was awarded a Masters of Defence Studies from the Royal Military College of Canada in 2009.

While deployed to Kuwait from October 2014 to April 2015 as the Long Range Patrol Detachment commander, Lieutenant-Colonel Cook led the training, deployment, activation and execution of overland Aurora combat missions that provided intelligence, surveillance and reconnaissance capabilities over Iraq. Moreover, despite a grueling tempo, he oversaw the successful implementation of an extensive array of new capabilities that provided critical support to the coalition. Lieutenant-Colonel Cook’s performance was integral to mission success and enhanced the reputation of the Canadian Armed Forces.

While deployed to Qatar from August 2014 to March 2015, Lieutenant-Colonel Doyle was heavily involved with the command and control of air operations in Iraq. His expertise and leadership resulted in the effective application of airpower during a particularly demanding period in one of the busiest theatres of operation worldwide. Lieutenant-Colonel Doyle’s dedication and excellent interpersonal skills were pivotal to the establishment of the multinational air coalition, which blunted the advance of the Islamic State in Iraq and Syria. In Jul 2016, Colonel Doyle assumed command of 4 Wing Cold Lake. He enrolled in the Canadian Armed Forces in 1991 and attended both Royal Roads Military College and the Royal Military College of Canada graduating in 1995.

From October 2014 to May 2015, Lieutenant-Colonel Radiff deployed to Qatar as Canadian target engagement authority and Air Task Force–Iraq coordination element director. His professional acumen as an experienced combat aviator resulted in countless successful combat air strikes against the Islamic State of Iraq and Syria. Lieutenant-Colonel Radiff’s outstanding leadership, dedication and his ability to establish working relationships with his coalition colleagues quickly came to the fore in his appointment as senior coalition lead to the Combined Air and Space Operations Centre.