Warrant Officer, Aldwin Albino – on stage the fire and passion are always evident

WO Aldwin Albino was born in Trinidad and Tobago and moved to Canada at age 5. First settling in Lasalle, Quebec and later moved to Chateauguay, Quebec.  Aldwin was a member of the Air Cadets for 2 years, then the Reserves. He joined the Regular Force at 18.

Over the WO’s career, he has spent time in all three elements across Canada with postings in Victoria (BC), Halifax (NS), Winnipeg (MB), Edmonton(AB), and Ottawa (ON). Currently, Aldwin is working as the band officer here at RMC. He is musically gifted and extremely talented. Aldwin has taken the RMC band to new heights and created an environment for the Cadets to explore their musical interests.
WO Albino has been recognized by General Natynczyk Chief of the Defense Staff and CWO LaCroix, Chief Warrant Officer of the Princess of Wales’s Royal Regiment, in the form of coins.  Of the latter, Aldwin is the only individual in Canada to hold the Princess of Wales’ Royal Regiment coin, which is a great honor.
Did you request a posting to RMC? If yes, Why?

Yes I did request to be posted to RMC. I believe I am the first in my trade to request to spend time with our future officers. The reason for my request is I wanted the opportunity to help the future leaders of the military and Canada in their pursuit of becoming the best they can be.

To me this has been the greatest posting I have had my entire career.

What was your best moment, so far, at the College?

My best moment is watching every one of the cadets that I have helped be the best they can be, finally marching through the arch as they graduate from this great college.

My main expectation is to help the band’s reputation grow within the college through supporting the hard work and goals that the cadets have set for themselves while in the music program. Particularly, the band’s command team who I watch work extremely hard to earn the respect of their peers.

Your advice to the 1st Year Cadets?

The biggest thing I can recommend to the 1st year cadets is take any opportunity given to you and try and embrace it; try not to be a grey person. Also, make sure you are taking care of your mental and physical well-being while you are here; if you need to take a knee and ask for help please do so.

Your advice to the graduating Cadets?

As a graduating cadet, keep in mind that this is not the end but rather the beginning of your military and personal journey. Keep stretching your wings and try new things.

I know that as military members we must learn to adapt to the ever revolving changes. However, sometimes I find the changes, and the good fairy ideas, make it difficult to know where your footing is when it feels like you are standing on a moving glacier.

Sgt. MacKenzie J Landry – from Cape Breton to Afghanistan to RMC and many other places in between: passing on sage advice using bag pipes as a tool 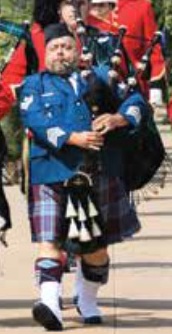 In our previous issue of e-Veritas, we took a look at the College’s premiere Public Relations vehicle, the RMC Band, and behind the scenes at the recent community outreach Christmas Concert and the interesting components that goes into producing the Concert. However, it did not mention the very prevalent management behind the scenes. The man who made sure that the concert ran smoothly while it was being performed would be Sergeant Landry.

Sgt. MacKenzie J Landry, CD is one of the key components to the success of, not only the Christmas Concert, but the RMC Pipes, Drums, and Dancers sections. He inspires, and teaches the leaders of tomorrow valuable lessons in military conduct and leadership. This is his story.

Sgt. Landry is a 42 year-old man from St. Peter’s Cape Breton, Nova Scotia; where he began his journey in the martial music of the bagpipes In 1986. In 1990 he joined the Atlantic Region Cadet Pipes and Drums under the tutelage and mentorship of former RMC Pipe Major, Donald M Carrigan. He would continue on with the Cadet Pipes & Drums for 3 years before joining the Canadian Armed Forces (CAF).

Upon completing a Component Transfer from his Reserve Regiment in 1998, Sgt. Landry found himself at the RCR Battle School in Meaford ON, where he refined his skills in the art of the Infantry Soldier. After graduation, he was sent to the 2nd Battalion of The Royal Canadian Regiment (RCR). While with 2nd Battalion, he served as a M113A3 APC Driver, a Machine Gunner, and as a member of Assault Pioneer Platoon; as well as being with the Pipes & Drums.

While in the Pipes and Drums platoon of the RCR, Sgt. Landry was fortunate enough to take part in Public Duties at Buckingham Palace to commemorate the 100th Anniversary of The Boer War, performed at the Royal Edinburgh Tattoo in 2002, and Public Duties with Ceremonial Guard in Ottawa in 2003. Upon return from Ottawa, he deployed on Op ATHENA Roto 0 with Defence and Security Platoon at Camp Mirage, South-West Asia.
In 2005, he was selected to attend and successfully graduated from the CAF Pipe Major’s course, held in Camp Borden under the direction of another RMC Pipe Major, MWO John K Langille, CD.

He deployed again on Op ATHENA Roto 3, with Task Force Afghanistan as part of 2 Platoon, Force Protection Company. While in theatre, Sgt Landry had the task of piping for multiple Ramp Ceremonies for Fallen Soldiers. The pipes that Sgt. Landry played in Kandahar are part of the National Afghanistan Memorial Display in Ottawa.

In 2008, he transferred from the RCR to the Music Branch of the CAF where he was posted to 17 Wing Winnipeg with the RCAF Band, as their first piper. While with the RCAF Band, the Sgt. travelled to the Republic of Korea, the Kingdom of the Netherlands, Germany, and Trinidad & Tobago as a piper.

Sgt. Landry received his marching orders for and was posted to the Royal Military College in August 2016. He continues to this day to strive for excellence in the Pipes, Drums, and Highland Dancers through his exceptional leadership, and embodies the Band’s Mission Statement “to provide Leadership and Character Development opportunities through Music”. His office is a repository of Leadership books and he is readily available to guide prospective officer candidates with his near quarter-century of service experience.

Sgt. Landry is proud to do his part to make members of this unit a success both on and off the parade square. 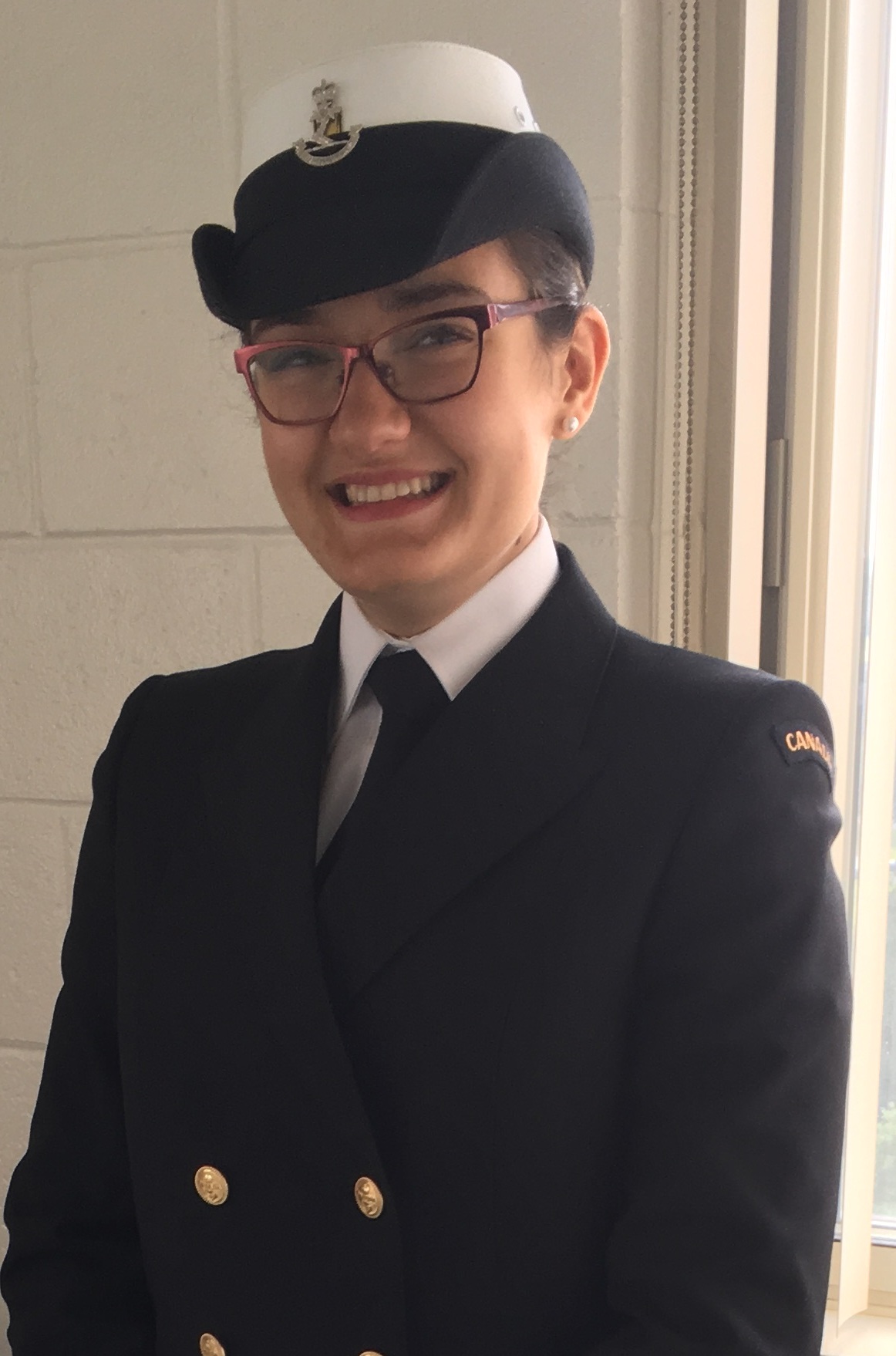 With the holiday season fast approaching, the RMCC Band put on their annual Christmas concert to spread some holiday cheer before the marathon of exams. All groups performed exceptionally well, executing their pieces with style and musicality, and bringing tears to the eyes of many in the audience. Of the many memorable performances, the RMCC Choir stood out amongst the other groups with their *personalized* rendition of The 12 Days of Christmas. The lyrics, which can be found below, depict the hectic life of the RMC cadet, with references to the trials and tribulations of our everyday annoyances.

From two PPT’s to twelve squadrons drilling, the choir did an impeccable job of giving the audience insight into what it means to go to RMC, all in a fun and enjoyable version of the classic Christmas carol. In the song, the choir demonstrated the RMC tradition of dealing with the Officer Cadet’s difficulties and heartaches through fun and jokes with friends, putting emphasis on the strong sense of teamwork and family we have here at the college.

As such, the choir made a great impression on the audience and performed extremely well, bringing out their dramatic side as the song went on. All in all, they had a fantastic performance, led by none other than 11 Squadron’s Sean Stevens who conducted the choir with great enthusiasm.

On the first day of Christmas, the College gave to me:

On the first day of Christmas, the College gave to me: (And ) A Powerpoint on how to breathe,

On the second day of Christmas, the College gave to me: Two PPTs,

On the third day of Christmas, the College gave to me: Three Mental Breakdowns,

On the fourth day of Christmas, the College gave to me: Four Duty Weekends,

On the fifth day of Christmas, the College gave to me: Five Days of Breach!

On the sixth day of Christmas, the College gave to me: Six hundred pushups,

On the Seventh day of Christmas, the College gave to me: Seven silly sanctions,

On the eighth day of Christmas, the College gave to me: Eight useless taskings,

On the ninth day of Christmas, the College gave to me: Nine Élofs whining,

On the tenth day of Christmas, the College gave to me: Ten Warrants screaming,

On the eleventh day of Christmas, the College gave to me: Eleven Third years laughing,

On the twelfth day of Christmas, the College gave to me: Twelve Squadrons drilling