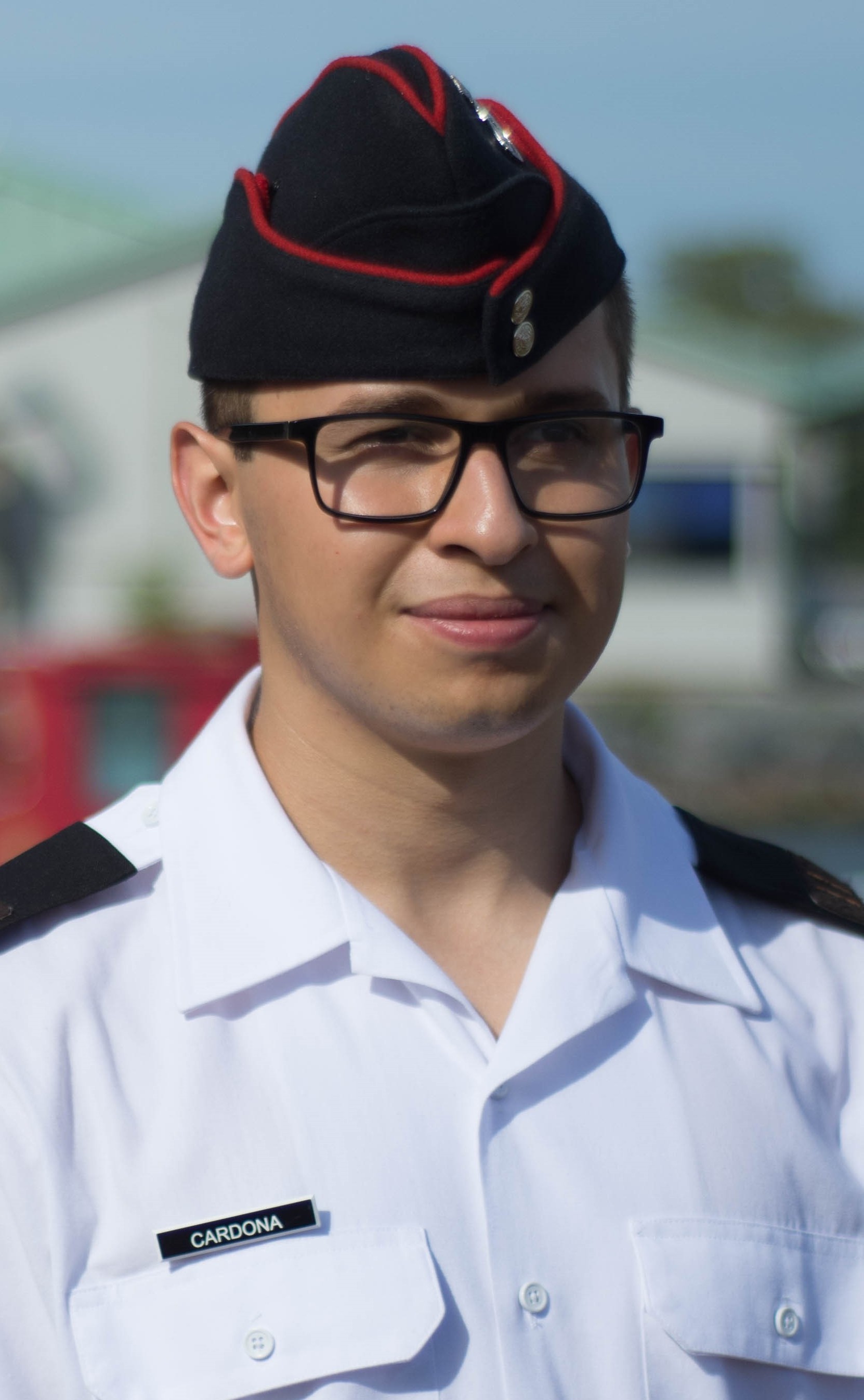 Author’s note: this is the first article in a series focused on profiling noteworthy cadets, their achievements and their thoughts on College life.

Partly inspired by her father, an RCAF pilot, and her own love of athletics, 28377 Jessica Perigo decided that RMC was a perfect fit for her. Originally from Ottawa, the first year cadet in nine squadron enrolled in the ROTP in the summer of 2017 as an Air Combat Systems Combat Systems Officer and the offer to pursue an arts degree at RMC.

Prior to arriving at RMC, she had to complete the first module of the Basic Military Officer Qualification [BMOQ]. This seven week course, taught at the Canadian Forces Leadership and Recruit School [CFLRS], features a tough indoctrination period, teaches new Officer-Cadets the basics of military life and lays the foundation of basic soldier skills.

“The military life is a whole lot different, even with just the tight timings, and the first few weeks were pretty rough.” She said of her time at CFLRS.

Following the end of her seven week course, Jessica and her platoon-mates were immediately shipped to RMC Kingston to begin their schooling and the five-week First Year Orientation (FYOP) that all new members of the college undergo before being initiated into the Cadet Wing.

“FYOP wasn’t easy for sure,” she remarked, “but it was one of the most rewarding experiences that I’ve had”

She describes the beginning of FYOP as being particularly challenging, as her flight did not know one another and they were immediately presented with challenges that involved leadership and teamwork.

Furthermore, the aspiring ACSO describes FYOP as being a test of both physical fitness and mental resilience. In particular, she said that the Physical Training sessions were both the most difficult and rewarding aspect of FYOP. Of course, Physical Training is meant to be challenging, but it is also meant to prepare the flight for the obstacle course and provide them with a shared hardship over which they can bond and increase their cohesion.

On the last Friday of FYOP, the first year flights compete in an elaborate obstacle course. The following day, they march in the historic “badging” parade and receive the RMC crest, which they then proudly wear on their headdress.

“The obstacle course was my favourite part,” she remarked, “just because it showed that all of our teamwork and all of the PT paid off and everything was worthwhile in the end”

In recognition of her hard work and stellar performance, she was presented with the Hope Medallion, which is given to the first year cadet who displays the most leadership potential. Clearly, with her positive attitude and leadership skills, she has a bright future ahead of her.

After FYOP ended, Jessica began to settle into the normal routine of cadet life. While the rest of the academic year is not as challenging as FYOP, it is still demanding to meet the academic, military, athletic and bilingual standards.

This summer, she will return to CFLRS to complete the final half of her BMOQ. Although she is unsure of where she wants her career to go, she is well aware that the military provides a tough lifestyle, but one that is well worth experiencing.