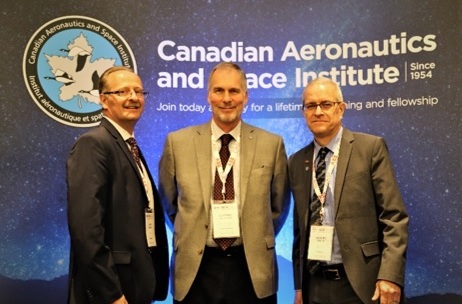 Above: Canadian Aeronautics and Space Institute senior executives for the 2018-2020 term.

The Canadian Aeronautics and Space Institute recently announced the results of the election of senior executives of the Institute for the 2018-2020 term.

Dr. Kowal’s term as VP is a volunteer position which comes in addition to his responsibilities as RMC Principal (The position being one of a volunteer is also consistent with him being in a Governor-in-Council appointment).

The two-year term as VP is followed by another two years as the President. “I was extremely flattered when they reached out to me this past Spring and asked if I would be interested in putting my name forward for the election.  I look forward to helping CASI out the best I can and I do so with complete support of the Commandant.  We both believe this connection will be reflect well on RMC.”