The canoe trip contributions are my best estimates based on the pledges and donations received during the year. The 2006 total (shown with an asterisk) actually includes some funds from the 2001 trip. The fund balance and the annual disbursements came from Nancy Marr, who has been the accountant at the RMC Foundation throughout the Chasse-Galerie venture. Annual disbursements have gone towards the purchase of specialized sports equipment and to pay for cadet sports travel outside Ontario and Quebec. Since 2016, the Athletic Directors of both RMCC and RMCSJ have submitted requests for funding.

The hallmarks of La Chasse-Galerie have been teamwork and inclusiveness. Although the Class of 71 conceived the idea, 43 of the 54 paddlers have come from outside that class as well as 40% of the donations. Over nine hundred people have contributed, making this venture truly representative of the entire college community.

First and foremost, one should recognize the 900+ donors who contributed their hard-earned money to this venture. Without them La Chasse-Galerie would have been mere adventure tourism.

The names of the 54 paddlers on all five expeditions are listed on the plaque in the Senior Staff Mess. Not only did they actively solicit funds from the donors, but they paid their own way and paddled the whole way (several times in some cases.)

Members of the Class of 71 conceived the idea, contributed 60% of the funds and provided eleven of the paddlers. Class Secretary Ray Hook led the charge to create an athletics endowment fund. Al Dunlop kindly donated the wine for the last four trips.

The road crews were indispensable to the success of each trip.  Wendy Bennett was in charge every time. To lighten the load in 2006 and 2011 she asked Jamie Rosequist to help. In 2016 Elaine Hook volunteered her services and her car. Among the many who helped along the way were Nadine Delbeke and Bill Mitchell. 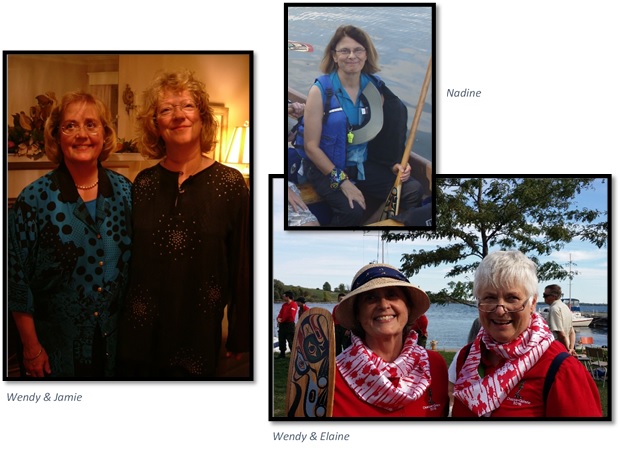 Inspiration was provided by Danny and Sheila McLeod and by the legacy of 2435 Bob Bennett. Tony Tucker painted “The Arrival of La Chasse-Galerie.” Jason Hunt designed the paddles.

Four Commandants and hundreds of cadets took time out from their busy schedules to greet the canoe. Members of the RMC Club and DND took the salute in Ottawa.

The trips would have been more expensive and less fun without the tangible support and discounts from everyone along the Rideau: Ex-Cadets, inns, hotels, lodges, restaurants, Friends of the Rideau, the Rideau Round Table, Parks Canada, the Bytown Museum and many others. Unibroue and their parent company Sleeman permitted use of their Maudite logo. I would especially like to thank Robb and Jenny Bennett for allowing us the use of their cottage on every trip.

And who, you may ask, is Geoff Bennett – the so-called bourgeois and instigator? A Reserve Entry graduate of the Class of 71 who was the Cadet Wing Recreation Officer in his senior year – in charge of dances, parties and ski trips. He did not excel at sports or military discipline and never served in the Armed Forces after graduation. Nevertheless he developed an affection for the college that trained him and for the lifelong friends that he made there. A lot of time, effort and personal expense went into these trips and he looks forward to his reward in heaven. In the meantime, he gratefully acknowledges the recognition received from:

Bill and Rolande Oliver (2006 Volunteer of the Year Award) 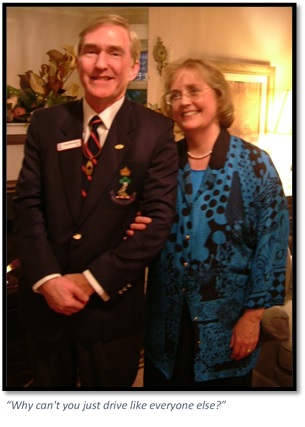 If these trips were successful, then a large part of the credit is due to Wendy. Motivated and fortified by copious pots of tea over seventeen years, she brainstormed one idea after another until we got it right. Thank you!