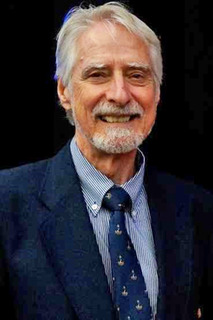 7265 Lloyd Beverly – March 25, 1944 – November 19, 2018 Died peacefully at Providence Care Hospital, Kingston, Ontario with family present. A proud graduate of Royal Military College (1967) and Dalhousie University (MBA 1971), Lloyd was a consummate professional, a wise and unassuming man of great integrity and a true gentleman. He had a successful career in economic development with federal, provincial, and municipal governments, private sector, and as an independent consultant. Lloyd served on many boards and committees, was past president of the RMC Foundation, and a former Canadian Handball Champion. He read voraciously, was a talented artist, an enthusiastic hockey player for sixty years, loved nature and was happiest when paddling his red canoe. Above all, he was the devoted, and dearly loved husband of Mary (Jordan) for fifty one years, best ever dad to Tara (Steve Vanneste), Jennifer (Doug Podmore) and Mark (Kezia Williamson), adoring grandpa of Tyler, Madeline, Caitlin, Liam, Evan, Elliott, Wynn and Rose. Lloyd is also survived by his sisters Laura (Gordon Heimbecker) and Leslie (Gary Wain), and will be fondly remembered by Donna and Don Banham, Barbara Jordan and Allan Morrison, Valerie and Paul Gowsell, Trish and Jon Allen, Helen and Mike Lynch, and by many nieces, nephews, and friends. He was predeceased by his parents Lloyd and Catherine Beverly, sister Lorraine and nephew Christopher. Cremation has taken place, and there will be no visitation or funeral service. A celebration of Lloyd’s life will be held at a later date. Donations to the Alzheimer Society of KFL&A Unit #4- 400 Elliot Avenue, Kingston, Ontario K7M 6M9 would be appreciated by his family. 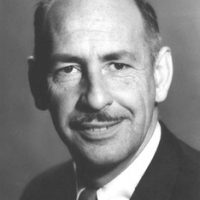 2933 Maurice Lalonde –Passed away peacefully at the Kingsdale Chateau in Kingston, Ontario on Wednesday November 21, 2018 in his 89th year surrounded by his loving family. He will be dearly missed by his children: Jean (Louise), Louise, Michelle (Gordon), Andre, Suzanne and Marc (Stephan) as well as his grandchildren Jesse, Mandy, Kristal, Charlie and Louis and his great granddaughter Layla. Maurice was predeceased by his wife, Daphne, and two sons, Pierre and Bob. In keeping with his wishes, cremation has taken place and there will be no visitation or service. A celebration of his life took place this past Sunday, November 25 at JAMES REID FUNERAL HOME 1900 John Counter Boulevard, Kingston. In lieu of flowers, donations may be made to the ALS Foundation in memory of Daphne or Prostate Cancer Canada or a charity of your choice.

5100 Steve Spero (Class of ’61) passed away on Tuesday, November 20. No further details were available at press time.

Spouses of Deployed Military Members Get Lessons in Leadership First-Hand