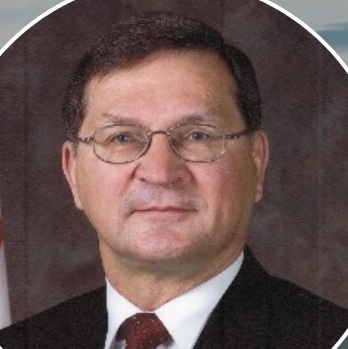 Passed away surrounded by his family at the Ottawa Civic Hospital on Sunday, April 15th 2018 in his 68th year.

Devoted husband to Karen (Haddow) for 45 years. Loving father to Mark (Renée), Chris and the late Leslie. Proud grand-father to Paul, Corey and Daniel. Dear brother to Jim (Wendy) and the late Carol.
Loving brother-in-law to Cyndy and Tom Pearson. Precious nephew to his aunt Reney (Bob). Will also be missed by many relatives and close friends.Larry will be remembered for his love of travel, his faith in God and spending quality time with his family.

A private interment will take place the day prior at Capital Memorial Gardens.

Mr. Lashkevich joined the Canadian Forces on 9 Aug 1968, and graduated from the Royal Military College of Canada on 19 May 1972, with Honours B.A. – International Studies. Retired from the Canadian Forces at the rank of Brigadier-General with over 36 years of service.
Larry Lashkevich has been actively engaged in the entire spectrum of logistics planning, execution and operational support for Canada’s Armed Forces at home and abroad where has held a variety of command and staff appointments at all levels, with extensive experience in Joint Staff, NATO (Norway),
United Nations, and bilateral/multinational activities. His duties have included responsibility for Logistics Doctrine and Operations for the support of Canadian Armed Forces operations outside of Canada.
He served twice with the United Nations, in Cyprus and in Egypt. Larry Lashkevich has been a key player in the Logistics Transformation of Canada’s National Defence and for seven years led that Transformation as J4 Materiel/Director General Logistics. He was appointed the Director General Materiel Systems and Supply Chain, Department of National Defence, responsible for: Materiel Requirements, Plans, Policy and Procedures; Materiel Information Systems; Supply Chain Operations; and Quality Assurance – where he served for 5 years.
A certified Professional Logistician (P.Log), Lawrance Michael Lashkevich was awarded the Order of Military Merit (OMM) and the Order of Merit of the Hungarian Republic Knight’s Cross.
Leaving DND in September 2009, Larry Lashkevich became the Director of International Business Development at Logistik Unicorp Ltd.
Larry Lashkevich has also been active in Logistics and Materiel Support matters outside of National Defence, with other government departments, national and international
organizations and with other nations. He was President of the Canadian Institute for
Procurement and Materiel Management (formerly Materiel Management Institute of Canada),
is on the Advisory Board for the Bachelor of Applied Business (e-Business, Supply Chain Management) Degree at Algonquin College, and continued to have extensive contact with Defence leadership in the fields of Supply and Logistics in a number of countries around the world.

The family is suggesting that a donation could be made to the Heart and Stroke Foundation.

Suddenly and surrounded with the love of his family David passed away on Monday April 16th 2018 at the age of 74. Loving husband of Yvonne. Caring and beloved father of Kathleen (Piotr) Krypel. Proud Grampy to his grandsons; Stan and Howie. Remembered and loved by his sister Martha McCartney of Comox, British Columbia and his Brother Stafford ( Teresa ) McCartney of Nobel Ontario.
There will be Service in Memory of David at Bells Corners United Church (3955 Old Richmond Road, Ottawa ) on Wednesday, April 25th at 11am. Reception to follow at the Church.

In memoriam donations to the Queensway Carleton Hospital Foundation would be appreciated by the family. 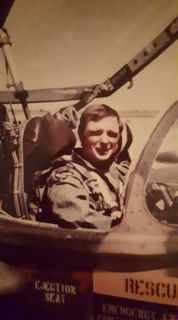 He flew Harvards, Sabres, T 33s, CF -104s (with and without nuclear weapons during the Cold War); was a skilled member/leader of 430 and 441 Squadrons; trained countless pilots from many countries; was Top Gun in a competition involving 7 NATO countries; and served with 4th ATAF Offensive Operations Planning in Ramstein, Germany.

After retiring from the RCAF, he worked for Bristol Aerospace and continued flying and training pilots on Harvards out of Tillsonburg, Ont., into his late 70s.

Mo was particularly fond of Dr. David Martin and his wife Tammy. David was not only a superlative “mind” friend and Harvard flying buddy, but also the skilled Orthopedic Surgeon who added years of walking and flying to Dad’s life.

Mo’s family extends heartfelt thanks to Dr. Martin and Tammy, Dr. Gerald Achtymichuk & Dr. Peter Spadafora and his stellar staff; kind friends & neighbours and all those who so capably and patiently cared for Mo in St. Catharines, Cambridge & Hospice Wellington in Guelph.

In keeping with Mo’s wishes, a private, grave-side, military ceremony and interment of his ashes will take place April 27, 2018 1:30 p.m. in Ottawa, Ont. at the National Military Cemetery