“I have been very fortunate in my career, which I attribute to the excellent education and foundation in leadership that I received at three academic institutions: St. Andrew’s College, RMC, and Oxford University. I truly believe that it was because of my SAC and RMC experiences that I received the Rhodes Scholarship. The four criteria for the Rhodes (i.e., Academics, Sports, Leadership and Public Service) align perfectly with the RMC education, and I encourage more Fourth Year Cadets to apply.” 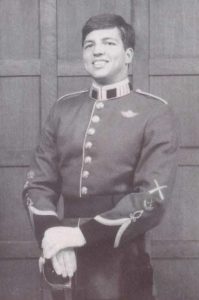 While attending RMC Paul served as the Deputy Cadet Wing Commander, played Rugby, was the President of the RMC Debating Society, and was a Rhodes Scholar.

For the past 3 years Paul has chosen to donate Stocks.  This is an easy process where you donate appreciated shares (and other publicly listed securities) for a full tax receipt. This minimizes your taxable capital gains making it a win-win situation for you and the RMC Foundation. This is a great way to divest some of your holdings or simplify your estate while supporting the Colleges. 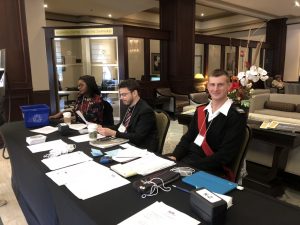 Thanks to the generosity of the Donors to the RMC Foundation, I had the pleasure of attending the IUS Canada Conference on Armed Forces and Society in Ottawa. The topic this year was Diversity.  This was an extremely rewarding experience for me as it really puts into perspective the issues facing the armed forces when it comes to being inclusive and modernizing military perspectives to reflect those of today’s society. As an aspiring Junior Officer who is preparing to leave the College and join the units of the greater CAF, these are issues that I will have to deal with on a daily basis.

As I am currently enrolled in the civil-military relations course at RMC, it was interesting to take the models and theories presented in class and see how they apply to the issues presented in the papers at the Conference. Because of this experience I can better understand why the presenters drew their conclusions and effectively come to my own informed opinions about those conclusions.  It is one thing to memorize what a theory or a formula is, but quite another to evaluate them with real world examples.

As a Junior Officer we can’t truly appreciate how much our RMC experience helps us until we are given the opportunity the use the skills in a “real” environment outside of our academic institution.

I would like to thank the RMC Foundation Donors as well as the Military Psychology and Leadership Department at RMC for giving me this opportunity.  I hope it is one that continues to be offered to RMC cadets in the future. 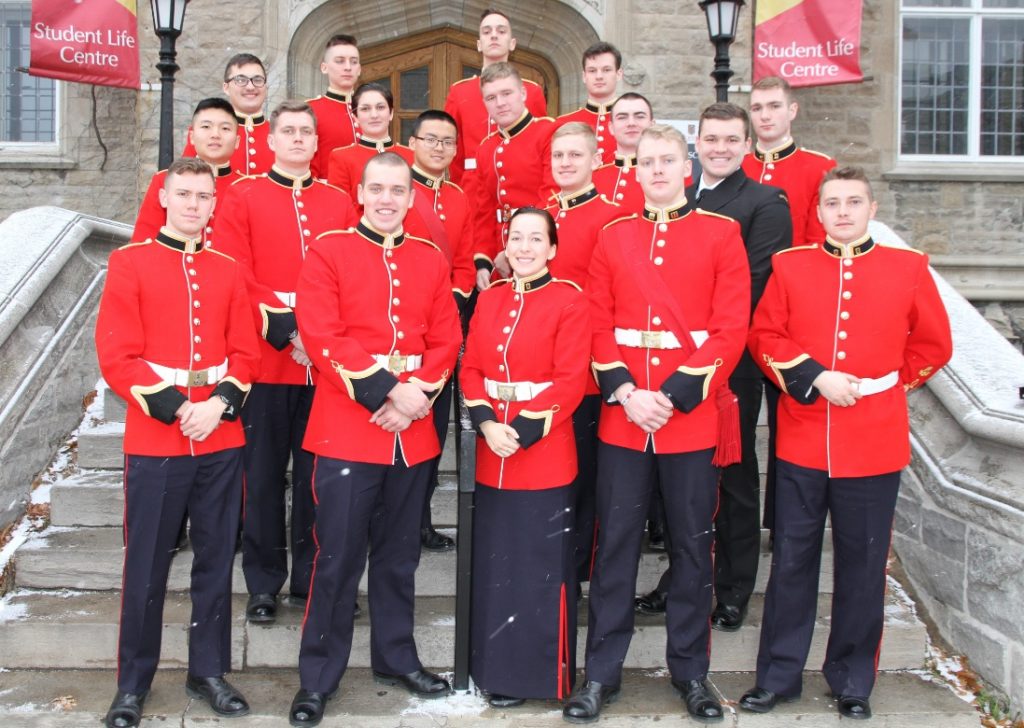 This past weekend, 15-18 November 2018, over 20 members from the RMC International Affairs association (RMCIAA), competed at Queen’s Model United Nations Invitational (QMUNI). The N/OCdts who were in attendance had the unique opportunity to interact with students from across Ontario and some students from universities in the United States, as well as test their knowledge for international politics and their skills in negotiations.

We participated in a variety of different committees that were offered, including Trump’s Cabinet, UN Security Council, World Health Organization, Austro-Hangarian Crisis, and the Harry Potter Joint Crisis Committee (JCC), just to name a few.

The conference was filled with deep debate and discussion. Many of the N/OCdts had a chance to discuss, write and pass directives and resolutions, a unique piece of writing that can be found in all UN committees.

The RMCIAA team had a very successful weekend, with three awards being won by its members. 27556 OCdt Liam Banks-Batten won Outstanding Delegate for his work as Maxime Weygand in his committee Intermarium; 28140 NCdt Bayley Young won Outstanding Delegate as Sybill Trelawney, in the JCC Order of the Phoenix; finally both 28098 OCdt Hannah Hollander and 28074 OCdt Robert Haddow won Best Delegates as double delegates in the UN Security Council, representing Kazakhstan.

The RMCIAA season is not over yet; the team will be competing in Washington at the Howard Model NATO, early in the New Year, as well as the Carleton Model NATO during reading week, all of which are funded by the donors to the RMC Foundation.

Thank you to the RMC Foundation for their years of continuous support of the RMCIAA Team. 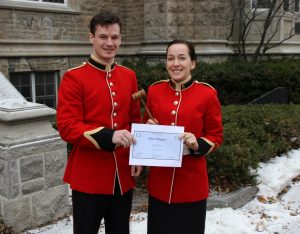 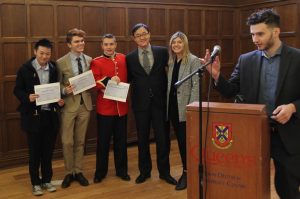