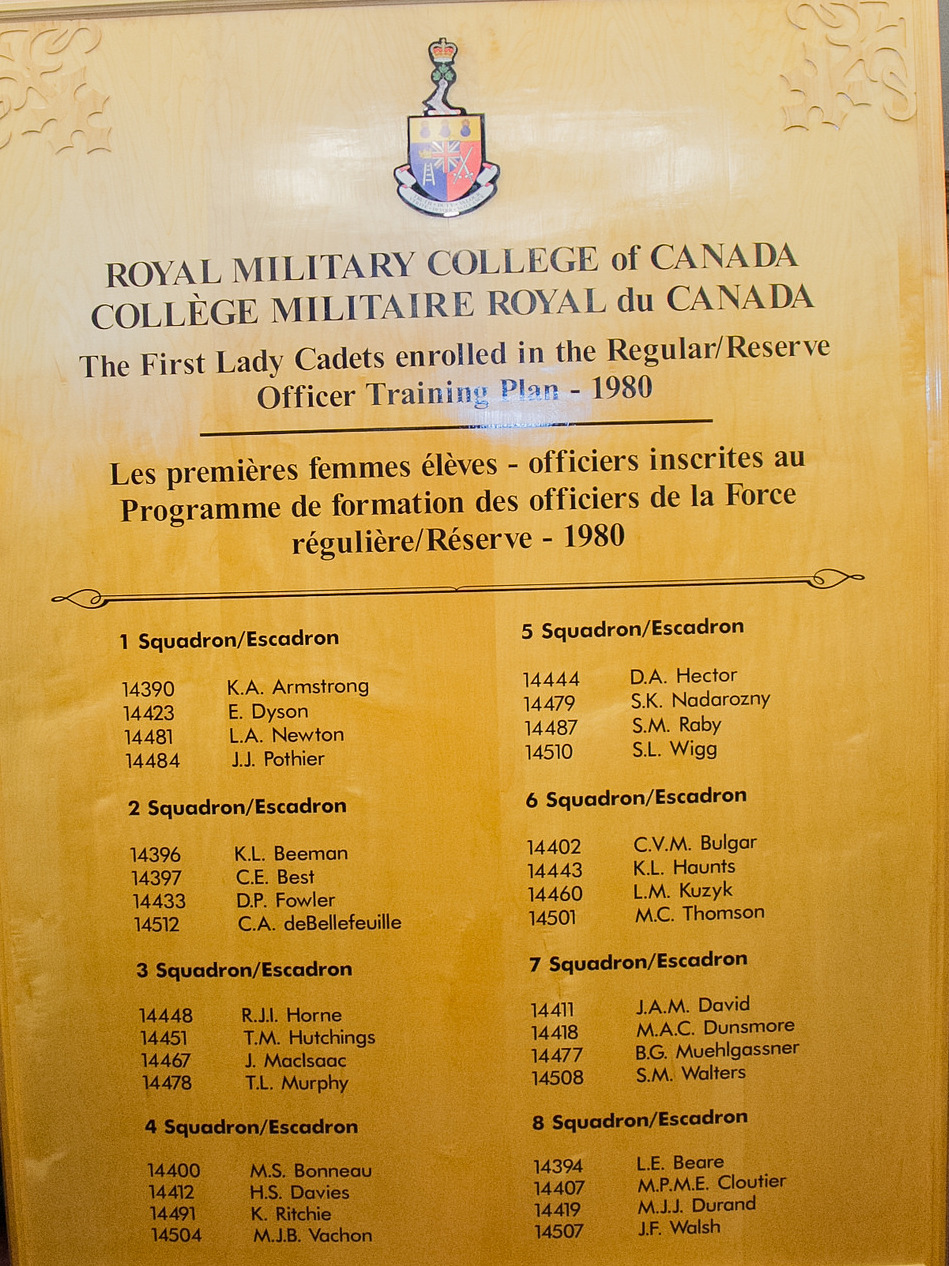 Honouring the women of RMC

Letter to the Editor

Editor’s Note: The following was received in response to the “The Women Who Changed Military History”, VERITAS, July 2000. It is printed here in English only, to avoid the loss of nuance in the article.

The July issue of Veritas just arrived. I must tell you that the article “The Women Who Changed Military History” brought back vivid memory. Fall of 1978, my husband’s class welcomed into the Old Brigade, we were seated in comfortable chairs facing the square and were handed lap robes to keep off the chill during the Saturday parade and meaningful ceremonies. Rumors about the possible entry of women to the College abounded. As we waited in anticipation for the arrival of the cadets, a young reporter from the Whig Standard came by to question the most aged of the ex-cadets for their reaction to this news. From what I could over-hear, the men around me were reluctant to contemplate this threatened invasion and there was a lot of harrumphing and muttering, about “this damned nonsense!” etc. In my innocence, I looked up at him and said, “Since it is women in question, why don’t you ask some of the wives what they think?”

“Good idea, madam, and what do YOU think?” As I remember, I said I could not imagine imagine why any girl would choose the army for a career, but as I knew the U.S. Marines and, I believe, West Point had already admitted women, I thought it was just a matter of time before R.M.C. would too. And then I added, “The best way to make them want to come would be to try to deny them the rights and privileges the College affords.” I sensed a decided stiffening and chill on my left, so I glanced at Jack who stared at me and in the iciest tone of anger he ever used to me in our fifty years of marriage, he said, “You have no right to voice an opinion! This is MY college not yours!” I was astonished to say the least but on reflection, even though I had not spoken in a loud voice, and am sure I was not overheard, I realized he was probably embarrassed by his opinionated wife and wanted no more of it that weekend. Anyway, the subject was dropped.

Following the weekend, we were off on a long motor tour of the Maritime Provinces. During the course of this trip I ventured to bring the subject up again and said, “I wonder if women are ever accepted as cadets at RMC, and if one of them should merit being BSM would she be able to voice commands the way a male can.” As there were no others around we mulled over this idea with good humor and it was dropped again.

At our next reunion a few years later, there they were a sprinkling of smart young women parading in the square, almost indistinguishable except for height. I kept my thoughts to myself but wondered if those polished boots could possibly be comfortable.

Another year or so passed, a Club Newsletter was received and Jack came out to the kitchen and said, “You were right, one of the women cadets made BSM and she’s the daughter of an ex-cadet! He must be a very proud father!”

I think I’ve remembered all this correctly. Thanks to the article, I now know a little of what it was like for these young women pioneers. I don’t know how any of them survived their recruit year. 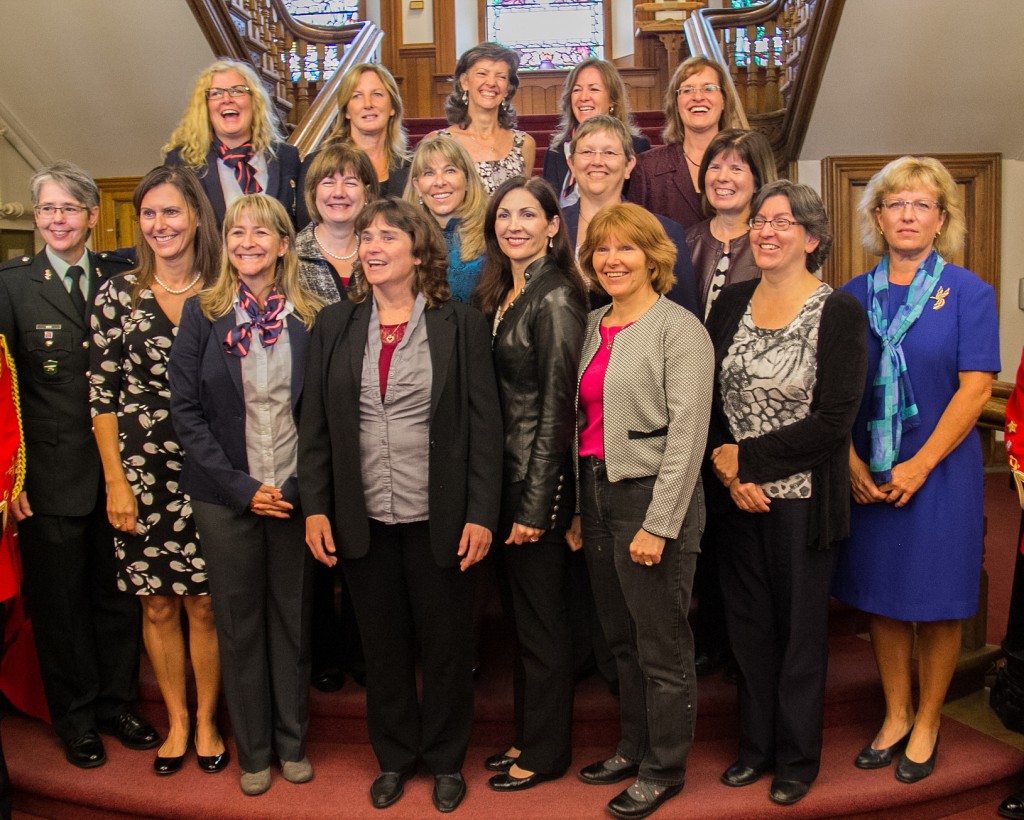