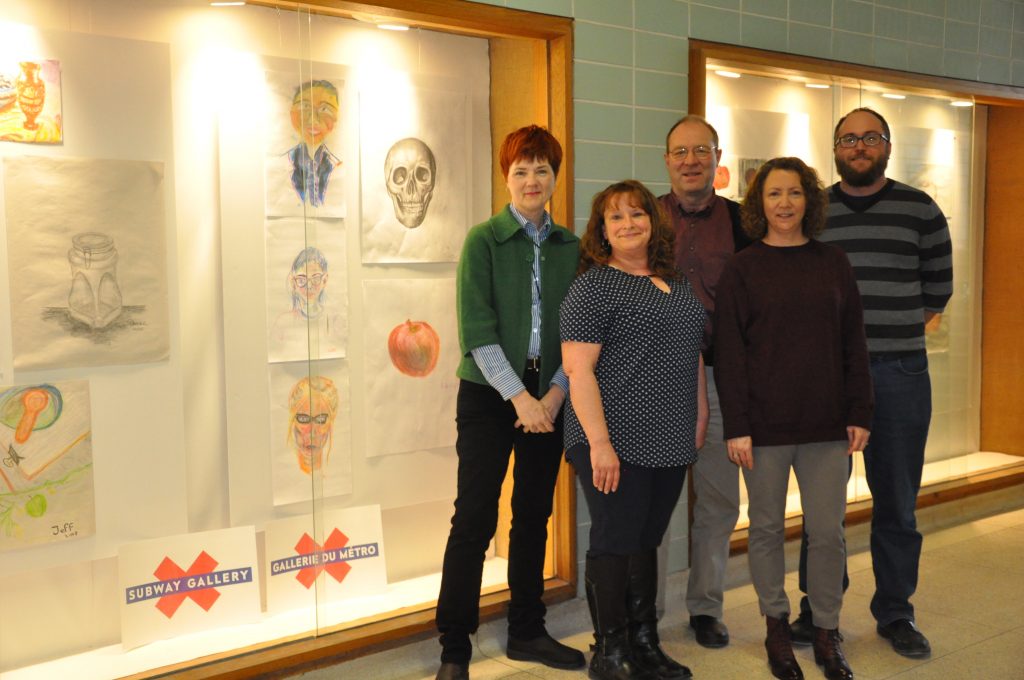 The long empty, drab, and dusty showcases on the lower level of Massey Library are now brightly lit and filled with colourful works of art.  A busy student thoroughfare, this subway-like space has been transformed into a walk-through gallery.

Standing above the stairs inside the west entrance of Massey one afternoon in January, RMC’s 2018 Artist-in-Residence, Nancy Douglas was struck by the architecture of this subterranean passageway that provides access to two large lecture rooms and connects to Girouard.  The green ceramic tiled walls, the glass and metal and oak of the empty showcases—all struck her as visually compelling.  “As a child of the 60s, I was attracted by the bones of the space,” she commented. “It was kind of sad that nobody was using it.”

Nancy had an inspiration that the empty line of unlit showcases could be recovered and refitted to display works of art, and fittingly named it the Subway Gallery / Gallerie du Métro.  The new gallery is the result of many hands making lights, hardware, materials, and the space itself workable and available.

Art works currently on display have been produced by students, faculty, and staff who have attended the weekly Drop-In Monday art workshops that Nancy has held in her Swing Space studio since late January.  As well, there are art pieces produced individually and collectively by students who participated in one of the seven workshops Nancy presented this term that were embedded in undergraduate courses offered through the Faculty of Arts.

“Art has the ability to expand and enrich who you are and can influence the viewer in positive ways,” says Nancy.  And she hopes that the art on display will draw the attention and appreciation of the many students and faculty who pass through this space each day.  Already while she has been constructing the art displays in the showcases, assisted by Dr Streight, students have stopped to look and offer supportive comments.

“Viewing works of art by RMC faculty and fellow students can start conversations and give you some understanding of who that artist is,” she added.

Make a trip to the Subway Gallery / Gallerie du Métro to see the fine art on display.  Over the coming weeks, this exhibition of works by visual artists at RMC will be evolving and changing.  The gallery / gallerie is open 24/7.

The current Artist-in-Residence program at the College is funded by the RMC Foundation. 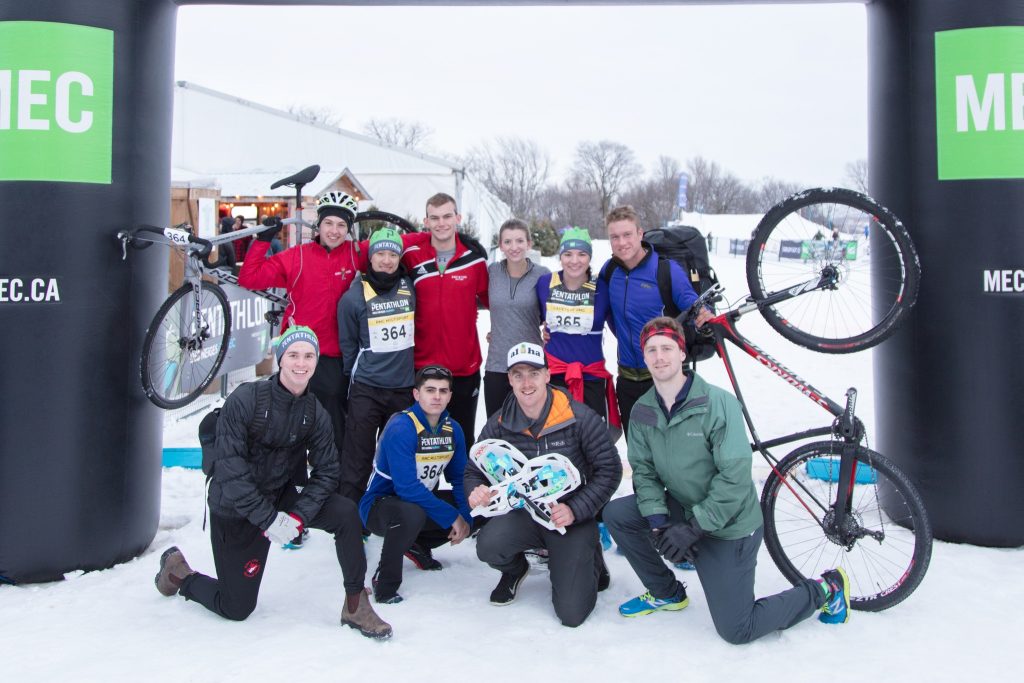 The Royal Military College Multi-Sport Club sent 10 of their members to the Plains of Abraham in Québec City from the 3rd to the 4th of March , 2018, to compete in the MEC Pentathlon des Neiges. The Pentathlon des Neiges is a race consisting of five winter endurance sports: biking, running, cross-country skiing, skating, and snowshoeing.

The RMC Cadets competed in three different races held over the two days. The first was the long distance solo challenge, which requires the participant to individually complete 40.7km spread over the five events. OCdts Adam Welsh and Logan Roots both competed in this race.  The second race was the short distance solo challenge, which is a more achievable 27.7km for the total distance. OCdts Riley Ewing and Michael Moore both competed in this challenge. Lastly, there was the long distance relay, which is the same route as the long distance solo challenge, but taken on in teams of three to five competitors. RMC had two teams competing in this relay race. With temperatures hovering around zero degrees all weekend, the conditions to race could not have been better. This event was a learning experience for numerous OCdts who did not have a lot of experience in certain disciplines, namely cross-country skiing. The result was a fantastic weekend for the Multi-Sport Club. 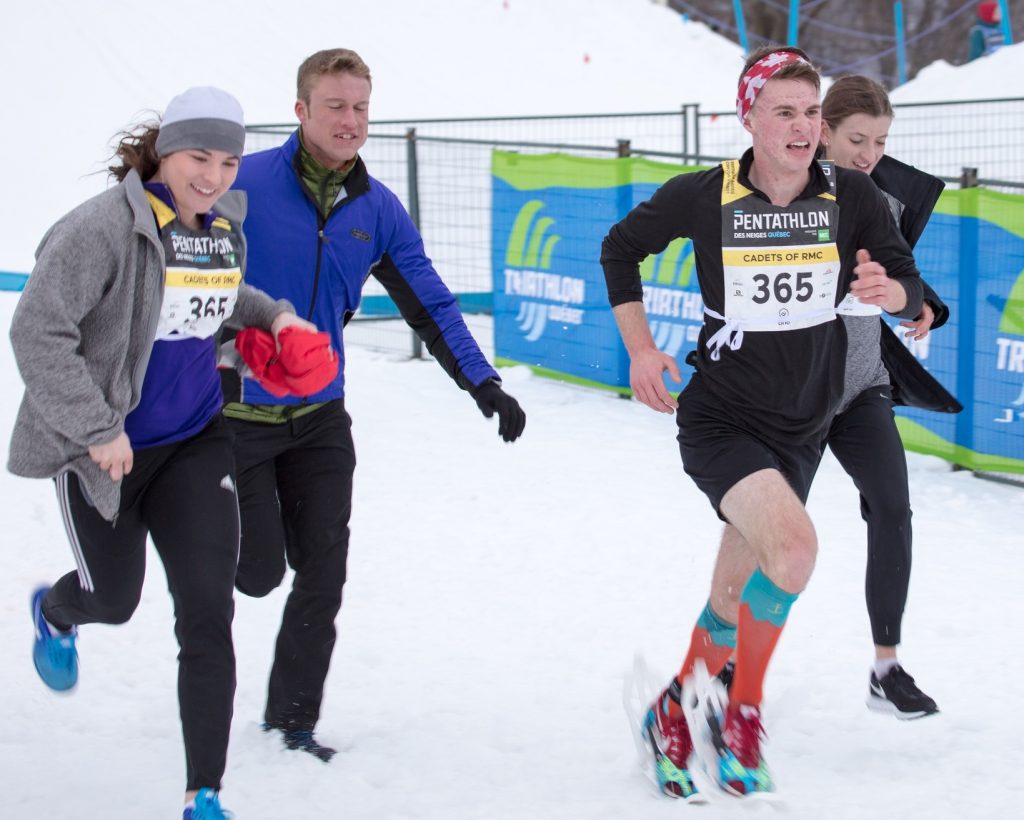 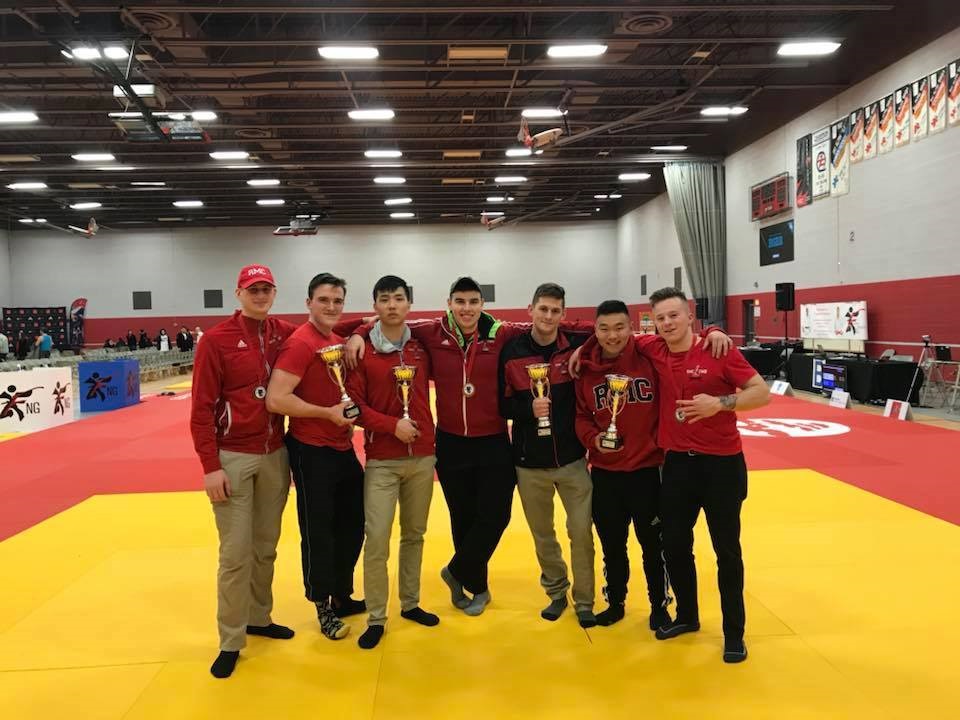 The Judo Club members would like to express their sincerest gratitude to the donors to the RMC Foundation for their continued support. This is the third tournament that the RMC Foundation has funded for RMC Judo this year, and without the generosity of the donors, we would not have had this chance to compete and perform at this level.

Dr. Darrell Menard MD has good advice for those looking to drop a few pounds