By now most of our readers are aware that the commandant, 16855 BGen Sean Friday, will be leaving the college in a few weeks. The Change of Command parade is scheduled for 14 Jul – 1045 on the parade Square.

Prior to his departure, the 1989 RMC graduate, has been very generous with his time.  He sat down recently, on a friday afternoon, with OCdt Bruce, e-Veritas correspondent. They discussed his two years at the helm and the way ahead.

“The Serenity Prayer. ‘God grant me the serenity to accept the things I cannot change; courage to change the things I can; and wisdom to know the difference.’ You can say ‘God,’ or simply just ‘Grant,’ but they both invoke the same idea and attitude that there is always something positive you can do in any situation.

We can’t always control every aspect in our line of work, so this mantra encourages people to advocate for the right, and in the military we are put into a position to make changes for the better—talk is cheap, so it calls us to focus on the positive. It has been a useful tool for preparing and training to be a good influence in situations no one wants to be in, and even in the storms of life, it teaches us to inspire others, avoid stress, and if we can “infect” our subordinates with this attitude; it’s good for them, and it’s good for the mission.” 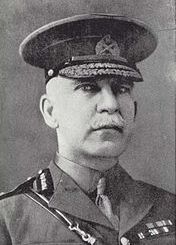 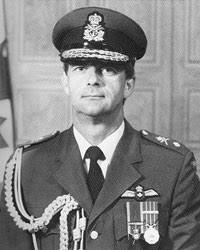 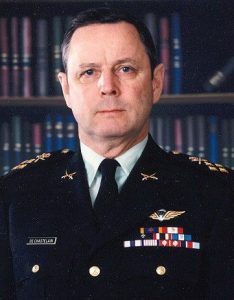 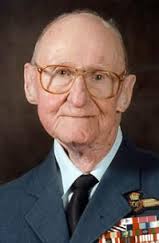 “Fun! Getting to know RMC again, and to see how much has changed and what has stayed the same—very nostalgic, and full of all the good memories of being a cadet. It was certainly a great honour and a privilege to undertake the same role that greats such as Macdonell, Boyle, de Chastelain, and Birchall, once filled.

To think that someone like Birchall endured and survived prison camps during WWII, it was very humbling to share the same office as these individuals, and even though I don’t equate with them, I felt a duty to try and hold up their standard. And I am very proud of all the students, staff, and faculty who are so open and invested in the college today.”

“Any time that serious injury or loss occurs among the college team. There is no worse happening, and in such occasions it is a challenge to provide the right kind of support to those affected. My two big points for this one however would be dealing with policies regarding mental health and harmful and inappropriate sexual behaviour.

Every institution runs off of momentum, and in areas such as these RMC, needed a nudge; it shares with institutions across the world the issues difficulties surrounding the mental health of university age people, and like many other institutions RMC wasn’t yet suited for the new realization such concerns would bring. Service adaptability, along with military values, have helped us put in place new steps to evolve RMC to today’s reality to better generate leaders.”

“Every time I got to interact with the Officer Cadets, such as informal receptions and mess dinners. Both Anne-Lucie and I especially valued the 4th year dinners held at our house—they were a heck of a lot of fun with a lot of good laughs. If we could have taken in the entire college we would have.”

“All of them! I’ve been lucky to be on many deployment operations, staff appointments in diverse areas, recurring periods of life-long learning (pursing post-grad education), have contributed to my commitment in the military.”

“There is so much that has already taken place and is underway for very positive changes for RMC, put in place even before the SSAV, and the CDS’s endorsement of these initiatives has kick-started many others. It’s very exciting for me to have been a part of it all. These changes mean re-investment (not just in budget and people) into college, by way of policy updates and other improvements. For some statistics, we have already introduced KYE, on-site mental health counsellors (currently 5 days a week and hopefully progressing to a 24/7 support system directly/indirectly), we’ve hired more language instructors, hired more custodial and food service staff to increase their ability to support and fix deficiencies, and I have just signed for more RMC Foundation Funds to go towards repairs and uniforms for the band. We are looking to increase our numbers of the diversity of our students—to continue to exceed the Canadian averages and lead the CF for visible minorities, which is already seen in how the ALOY program has doubled and how we have 27% females in the in-coming OCdt population, an all-time record. This will be essential and impactful for a more integrated force. We are bringing an on-site clinic and physiotherapist back. We achieved an 11% increase in PT success over the past two years, bringing us to a 91% pass rate. We want 100% of course, and with the new business plan that led to more PSP staff being hired, and changing the SPT program to something that better reflects and services the spectrum of physical ability and removes sigma, this will be more than achievable. This year we have 41 recruited athletes, and we’ve conducted the first ever 100% participation drug test, and with the 2.2% positive results, proved that OCdts are buying into the military and RMC ethos, follow orders. For the remainder, we will as always demand accountability, but also take care of them. My two biggest points for focus are also to have a Learning Commons with better learning and study environments, and a Resilience Program which will improve and centralize support and teach OCdts how to help their subordinates be enabled for success in an easy to understand and accessible format.”

“Going on missions and achieving notoriety are great things, but I believe it is most important to prioritize and be proud of just serving Canada. Simply that. It’s not a flashy thing, and it doesn’t give you some grand building you can point to—it just says that we had the opportunity and did our best to serve Canada.”

“Two years older! But also more aware of the challenges that Canadian youth are confronted with—it was eye-opening. I hold a personal interview with those who VR, and have gained much insight this way. I have always been intolerant to rigid policy, and believe that it is more important to do the right thing rather than always blindly follow—if you deem it morally necessary, seek a waiver. When you fly a plane, you have to respect the engine torque and the aircraft’s limitations, but still be agile—the same metaphor can be applied to people policies. In the past the strictness of the system may have prevented flexibility, but superiors may be willing to make concessions but no one may think an exception is possible. There is a fine line here, but going with your gut feeling is usually correct. The first news you hear may not be correct, the second time it may be better, and by the 3rd time you start to get the full picture of a situation. The values of Dignity, Respect, and Compassion should persist with those of TDV, and if everyone recognized this and treated each other better, who knows where we’d be.”

“Well I still love serving my country, and want to maintain a healthy work/life balance by staying fit, and spending time with family and friends. Working with the VCDS organization will be a lot of work—a meaty challenge. Being in HQ, we are the friendly forces of the CAF and Defense—  I am looking forward to saying “Yes” whenever I can to a lot of new and positive policies.

I would like to close by saying a big thank you to the whole college team—your efforts and initiatives have not gone unheard or unappreciated. Your dedication will continue to lead to great achievements.”