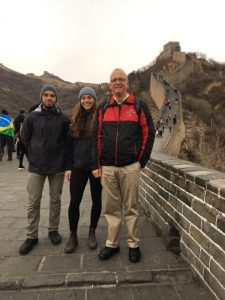 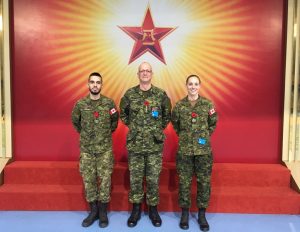 Peacekeeping exercises, attending classes with Chinese officer cadets and psychological training, we got the true experience and understanding of the life of a cadet at AEUPLA. The international cadets were then taken by Bullet train to Beijing and were able to tour Tiananmen Square, the Forbidden City and the F\Great Wall, rounding off a truly memorable experience. This opportunity for future military leaders from the international community was a once in a lifetime opportunity and offered all participants the chance to network and develop professional relationships and friendships which will only aid in the understanding between our militaries in the future. At the end of our trip, the most noticeable lesson observed was that the more we believe ourselves to be different, the more we are all the same.

Thank you to Major General Wang Jinlong, Director of the AEUPLA for receiving us and to Major Wang Zhongrui, the event OPI and coordinating officer, for making this trip so memorable to all who participated. 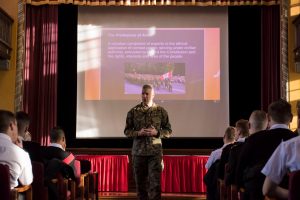 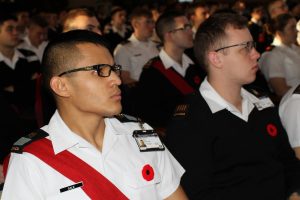 This week, the fourth-year class welcomed a special guest presenter for our Professional Development. We were honoured to host Major-General Mullen from the United States Marine Corps, who gave a lecture on the importance of education and professional training for military officers.

He began his presentation by discussing what was meant by profession and how that related to our careers in the military. The Major-General highlighted the importance of competence, ethics, and knowledge in the profession of arms and how that expectation of excellence is present in all soldiers, sailors, and air personnel from the day that they enlist.

Major-General Mullen then focused his lecture on the importance of professional development and education for military officers. He noted that being in the military not only among the most physically demanding careers, but also incredibly intellectually challenging. He argued that anti-intellectualism in the military, whether active or passive, is a toxic attitude that impacts our operational readiness and ends up costing lives.

In addition to the work done in the classroom, officers must make their own time to read and study their profession and understand their operating environment. He also highlighted the importance of learning from experience and the experiences of others. The Major-General mentioned that he reads three books a week and has more than 30  years of experience but still knows that there is much more for him to learn.

After his lecture, Major-General Mullen took the time to answer several questions from the Class of 2019. Overall, his presentation was perhaps of the best PD sessions that we’ve had all year. 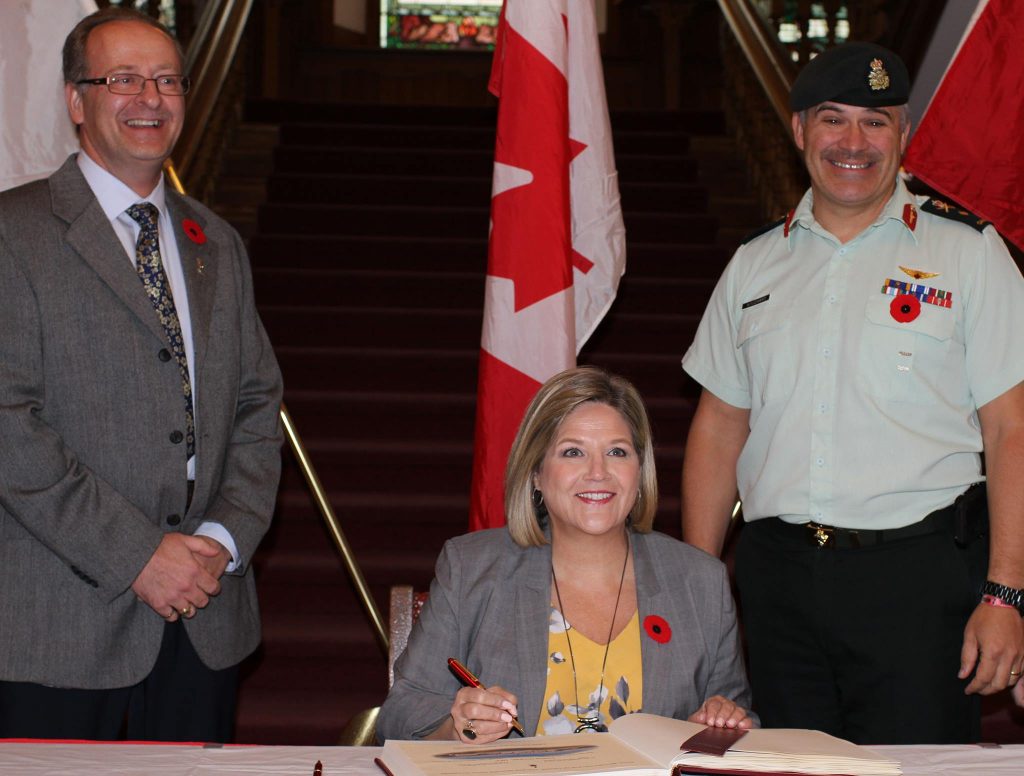 Ms Andrea Horwath, MPP (Hamilton Centre) and Leader of the Official Opposition in the Ontario Legislature, stopped by @RoyalMilitaryCollegeOfCanada today during a visit to the Kingston area. After signing the university’s official guestbook, @AndreaHorwathONDP toured RMC’s historic buildings and took time to meet with students and staff.