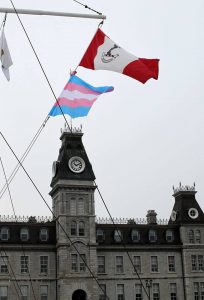 RMC flew the Transgender flag on the Parade square below the RMC flag this past Tuesday, November 20,  to show our continued support in respecting the dignity of all persons.
The International Transgender Day of Remembrance, is observed annually, all across the globe, on November 20 as a day to remember those who have been murdered as a result of transphobia, and to draw attention to the continued violence endured by the transgender community.

Statistics for the recent Physical Performance Test (PPT) at RMC are now available and they show a marked improvement over the PPT conducted this time last year. To compare the two tests:

RMC Director of Cadets, 20478 Col Chris Ayotte, called the results encouraging. “It is clear the officers of RMC are embracing a culture of fitness and putting in the hard work to be successful,” he said. 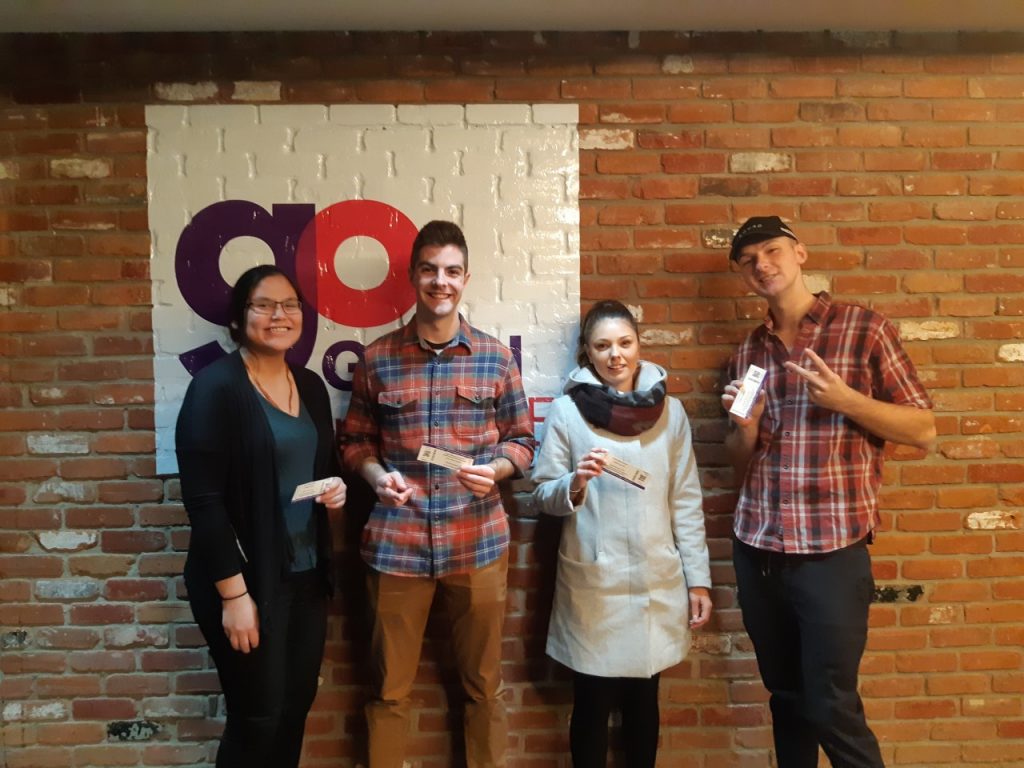 This week, the up and coming Indigenous Student Group held a raffle for two tickets to see A Tribe Called Red at the Grand Theatre on November 20th. The musical group combines traditional Indigenous music with electronic elements. They are well-known throughout Canada. The winner of the raffle was NCdt Ryan-Lloyd from 12 Sqn.

NCdt Ryan-Lloyd had this to say about the experience, “The concert was a great experience to see a musical act that I enjoy while also learning more about Indigenous culture and events going on in the local community. Thanks to the Indigenous Student Group for the opportunity! It was an evening of learning and inspiration.” 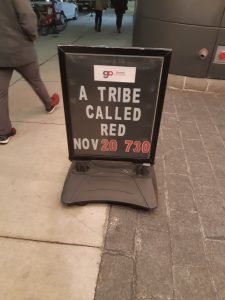 ***
«Those who want to succeed will find a way; those who don’t will find an excuse.»

The Second Year PD of November 21st was a two-hour team building exercise. Second Year Cadets were divided by squadron, and participated in different variants of dodge-ball. All Cadets within a Squadron had to hold onto a length of rope while they played. Although the other rules changed, the Squadron being connected with rope remained constant throughout. A and B Divisions played together, and C and D Divisions did likewise. This PD was surprisingly effective at accomplishing its goal of building team and cohesion. Participation and morale were abnormally high. Cadets welcomed the chance to play squadron sports. Overall a very enjoyable PD. 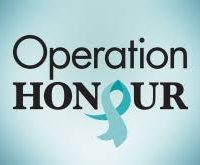 As a requirement of the Canadian Forces’ Operation Honour, it is mandatory for each member to receive training about how members of the CAF must conduct themselves in terms of personal relationships. So, this week RMC’s Third Years received a brief on the importance of safe dating. The presentation included how to stay safe when meeting someone for the first time, how to avoid acts of sexual harassment, and indicators of an abusive relationship. All of which are important to junior leaders because as members of the CAF they reflect Canada’s culture and values. Therefore, it is vital that junior leaders know and understand the importance of treating all persons with respect. In summary, the tools acquired during this week’s PD session will serve the Cadets well as they move forward in their careers and in their personal lives. 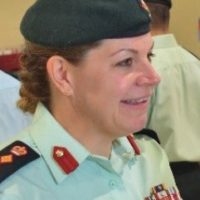 This week, the class of 2019 participated in a PD lecture led by the Commander of the Canadian Forces Joint Operational Support Group, Colonel Carla Harding, a career-long logistics officers who has decades of operational and command experience.

Apart from holding a Bachelor of Arts in Economics from RMC, Colonel Harding has quite the extensive educational background, earning Masters degrees in Defence Management, Security and Policy, Defence Studies and most recently a Masters of Science in National Resource Strategy.

Her lecture focused mainly on helping to prepare the Fourth Year class for the challenges that they will face in the current operating environment. She highlighted the changing nature of threats, notably asymmetric threats and emerging technologies, and how the battlefield is more complex and less linear that it has ever been.

Notably, she discussed the importance of making informed decisions and talked about the OODA loop and how, often, the orientation phase is what proves to be the most difficult to overcome. She mentioned that people often fail to orient their observations to solve the problem and are often hindered by personal bias.

The Colonel spoke about personal bias at great length. She made us consider our own biases and talked about how, as future decision-makers, we must understand how our biases, including our culture, upbringing, and education, define how we process information.

Finally, she ended the lecture by opening the floor to questions. This provoked lively discussion on a wide array of topics, like gender issues in the CAF. Overall, this was an interesting PD. 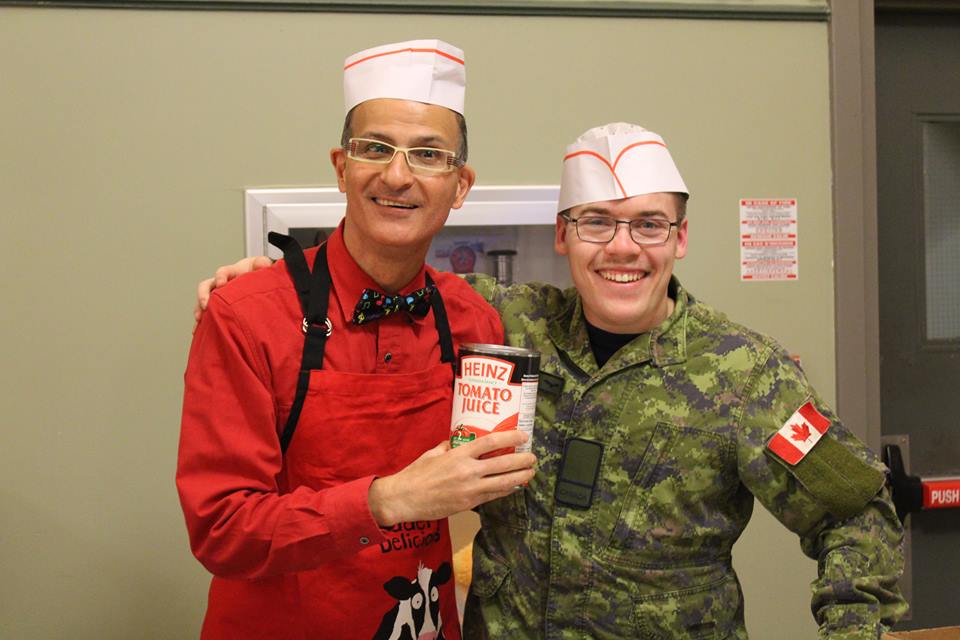 Celebration & festive activities of the Christmas holiday at CDR

This past Wednesday (November 21st), Officer Cadets and various members of the College staff team got together in the Cadet Dining Hall, located in Yeo Hall, and began the celebration and festive activities of the Christmas holiday.

As students entered the dining hall, they were met by members of the staff dressed up in kitchen uniforms and Santa hats who were eagerly waiting to serve them a Christmas dinner that consisted of stuffing, turkey, mashed potatoes, vegetables, and gravy. The idea of members of the chain of command serving their subordinates has been a long standing tradition in the Canadian Forces that goes back decades upon decades.

The tables had been decorated with Christmas-themed table covers and trays of cookies, jelly beans, and other holiday candies.

Among the serving staff, there were some of the higher-up members of the Training Wing, such as 20478 Colonel Ayotte, RMC’s Director of Cadets, as well as the Training Wing Sergeant Major, Chief Warrant Officer Keating.

One of the things that I noticed was the 12 Christmas trees lining the edges of the dining hall. For the first time, Cadets from all 12 squadrons got together and decorated Christmas trees that correspond to their Squadron colours. The general hopes of the Cadet Wing is that this will become a long-lasting tradition and give Officer Cadets the opportunity to sport their Squadron colours in a proud and festive way.

This being my first Christmas at RMC Kingston, it was interesting to see the difference in traditions between here and CMR Saint-Jean. Regardless, it was nice to spend an evening with my friends and kick off the Christmas season on the right foot.

Donors to RMC Foundation Use Multiple Methods to Enhance Excellence