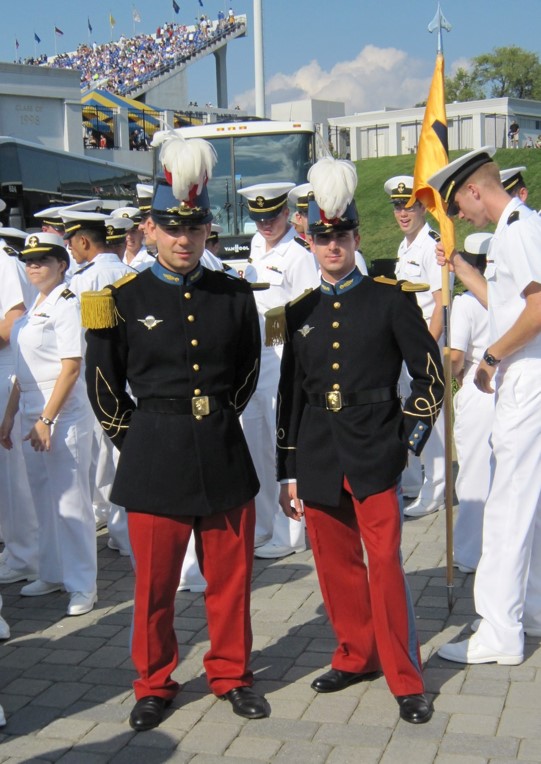 St. Cyr exchange Cadets at a U. S. Naval Academy football game at Annapolis in 2008.

Many readers have likely had first hand experience with cadet exchange programs in various forms as participating cadets, faculty or serving officers engaged in or supporting such programs.  While some of the leadership development benefits may be intuitively obvious, understanding and appreciating the larger scope of benefit from a more extended application of such programs may be in order.  Most leaders associated with using the exchange device that I have observed have done so to great effect in a value added leader development vehicle application. 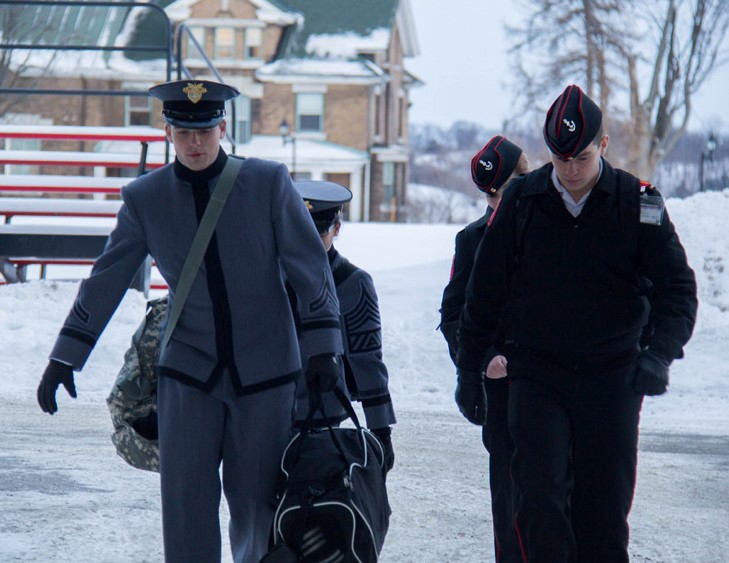 However, in more than one instance I noted a distinct lack of capacity in some leaders when placed in situations of effectively supporting and optimizing such programs.  In that light I make some observations.  Included in these comments are thoughts on broader applications of the concept in other military and non-military settings.

Regarding a personal experiential basis regarding knowledge of and exposure to exchange systems, I have been involved with exchange and related programs in several capacities, both military and civilian.  This experience spanned a five decade period.  A inventory of the  experiences follows.

The preceding summary not only indicates experience with exchange format leader and employee developmental programs, but gives some sense of the variety of formats these programs may have. Some of these programs are shorter, and some more restricted in the level of immersion and experiential level, and some may be fairly lengthy and extensive, up to four months to a year and an almost fully immersed situation for the participant.  The basic concept of all exchanges is similar in the intent of exposing the individual to other services and organizations and how they operate relative to the individual’s home organization.  Depending on the specific program, the concept could be expanded and the extent of the immersion increased to include approaching full participation in the organization of exchange.

Funding of course has played a role in the application of exchange programs as did base organization ability to afford absent members for the periods of the specific programs.  Clearly, the more extended and full immersion the format, the more  enhanced the individual participant’s gaining of a sense of the leadership culture in the organization they were on exchange with and the more significant the extent of  “take aways” that became a part of the aspiring exchange leader’s personal “tool box” of leadership tools.  It goes without saying that the more extensive set of tools in a gifted leaders tool set, the more accomplished and capable that leader could be expected to be.  As well, the appreciation and understanding of other armies; and countries’ military services, other U.S. military services, and other organizations are greatly enhanced by such exchanges.

From the decades of personal experience on exchange, administering exchange programs and observation of these programs, I am convinced that these program, properly applied, greatly enhance the development of prospective leaders.  Cadet exchanges with the academies of other services or other commissioning programs expose the prospective leader to service culture of other services the leader will later engage with in future joint operations as a leader within the cadet’s respective service, but also the culture operating in other commissioning programs within the cadet’s service.  This enhanced sense of familiarity creates bridges, respect, confidence in capabilities, and sharing of perspectives between aspirants to commissions within services and between services.  This is a powerful team building capability among the officer leader community that greatly aids joint operations and the later smoothness of operating practice between and among leaders in later operations.

The value of the academy inter service and other national government service academies and colleges exchanges has achieved a situation of valued sustained application and this application continues to the present.  It continues in form of extended exchange tenures of entire semesters by cadets or midshipman with other service academies to shorter periods of a week or more, funds permitting.  As well, ROTC cadets continue to spend exchanges of varying duration at, for example, West Point.  At present there does not appear to be any exchange program operating between federal and state officer candidate schools and direct commissioning programs and the academies. 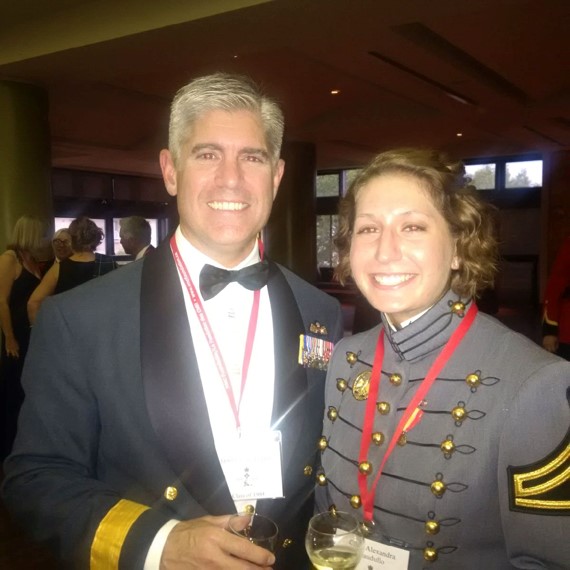 Exchanges also exist between the service academies’ prep schools and their academy aspiring enlisted personnel from their respective services and the aligned service academies.   Informal orientation programs for enlisted personnel to the academies and other commissioning programs have been operating at the discretion and initiative of many service unit officer leaders over the decades but do not comprise a deliberate sustaining program. Nevertheless, such initiatives continue and are valuable.

Programs that place commissioning aspirants, academy cadets primarily, in active army units as “fahnentraeger” for a month also continue as exchanges considered of value, funding permitting.  Ideally, these programs will cast the cadet as a lieutenant in the unit he is exchanged with.  Related programs may be found in some civilian situations.  I encountered and applied them in Virginia State Parks and the Virginia Department of Labor and Industry.

There are other forms of leader exchange program such as officers of one allied army commanding companies or battalions of an allied army or serving on battalion, brigade or divisional staffs of an allied army.  I have personally worked with officers of other allied national armies serving on brigade and division staffs I have been assigned to.   These experiences were always positive and informative and contributed to a wider awareness of leader possibilities. 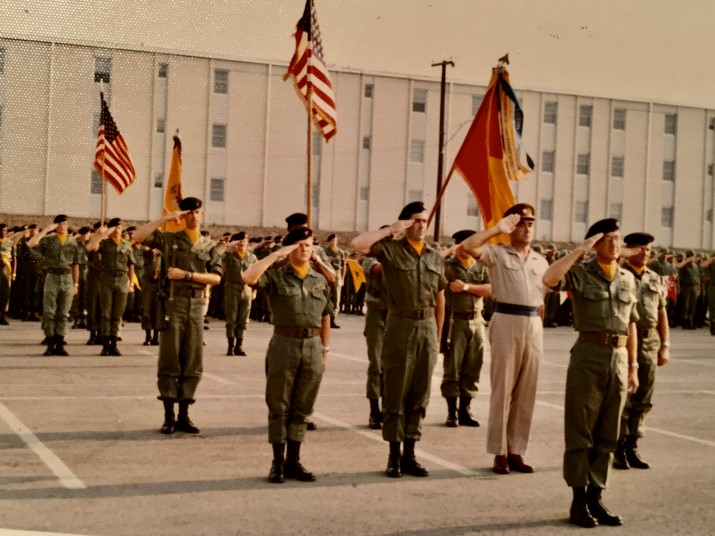 A British Army field grade officer who has as an exchange officer been assigned as a primary staff officer on divisional armored brigade staff at Ft. Hood, Texas.

My sense from this array of experiences was and is that the programs have been highly effective in exposing the officers of the different armies to the leadership systems and styles of the partner army and thoroughly brought the exchange officer up to speed on the other army’s doctrine, tactics, techniques and procedures and staff processes.  This is an invaluable broadening of the leader’s development greatly enhancing the leader’s effectiveness.  As well, the leader’s capacity for flexibility and understanding that there is more than one path to a leadership solution are greatly expanded. 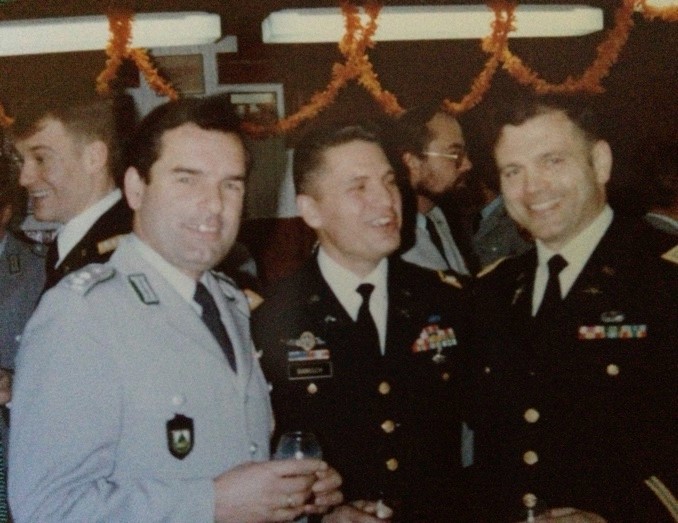 Senior officers from a German Panzergrenadier and a U.S. Mechanized Infantry Battalion engaged in administering an aggressive and successful partnership exchange program between their battalions

So, the obvious, exchanges in any form are expensive and take, in the case of military organizations, personnel out of the unit for periods of time.  In the case of the officer exchanges between armies these periods may be up to a year or even longer.  What are the benefits to leader development that are worth the expense?

Some of the most significant benefits in my experience follow.

The exchange format may take the forms discussed above but clearly is not limited to those discussed.  As well, there are other forms of operations that in many ways have an exchange effect for the leaders involved, i.e., an infantry platoon of an infantry battalion being placed under the operational control of an air defense artillery battery or an infantry battalion staff captain assigned for several months to support an army test agency performing operational tests on a prototype weapon system. 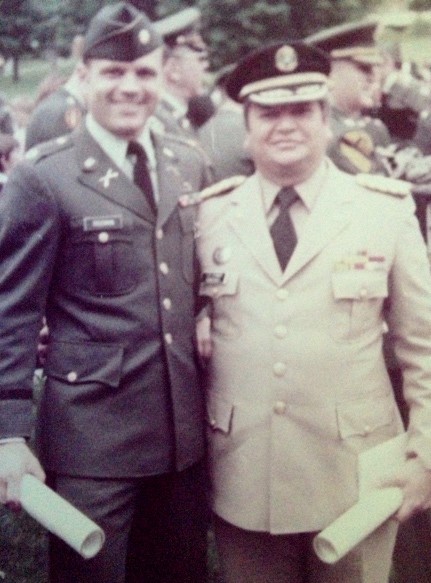 U.S. and Allied officer at Graduation from the U.S. Army Command and General Staff College

The above said, the most significant take away from experience in many forms with exchange programs is that they work and there are significant benefits in the leader’s development that may only develop from such programs—in some cases vital capabilities that produce later success in interoperability and joint leadership situations.  Rather than a situation for example of inter-service rivalry when joint operations are necessary, the leader teams from the joint command’s different service components who have experienced various exchanges earlier in their service careers have an improved ability to operate with their other service counterparts.  The same may be said of the combined command environment.

Sustained well thought out exchange programs should be a part of any large organization’s leaders development program, especially military organizations.  The enhancement of leader ability to operate with leader colleagues from sister services or other national services may prove a life saver in the event of active operations.  While I did observe an occasional failure in hundreds of exchanges, the vast majority were highly successful and the developing leaders involved were “enhanced” at levels that justified the investment in the programs.

RMC Wall of Honour: How You can Nominate a Candidate