The past three weeks have been an intensive introduction to military and RMC life for program participants. All 24 ALOY Officer Cadets successfully completed the orientation period. ALOY now enters a new phase in the program with classes set to begin Tuesday September 5th.

Many family, friends, and RMC staff and other ROTP cadets joined the proud cadets to congratulate them on their current progress. 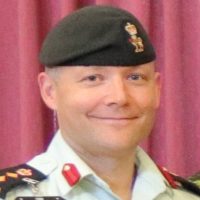 Col Chris Ayotte, Director of Cadets, presented the ALOY participants with their cap badges during the parade. The 1996 RMC graduate with an undergraduate degree in Chemical and Materials Engineering had many favourable comments.

“On its tenth anniversary, ALOY continues to be an amazing program for young people from across Canada to challenge themselves, learn new skills, and develop an enhanced level of discipline and focus.”

He went on to say; “I have been impressed at how quickly the current ALOY team has come together as a group and adapted to the environment at RMC. They have quickly gained the respect of the commanders, staff, and officer cadets at the College. I was honoured to present them with their cap badges today and look forward to learning from them throughout the year.”

Congratulations to the ALOY Cadets. And best wishes for the remainder of the program. 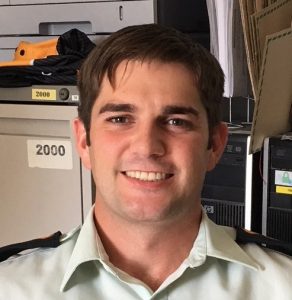 After completing Basic Military Qualification (BMQ), he enrolled in the Regular Officer Training Program (ROTP), as an Infantry Officer. Capt Stymiest attended CMR-Saint-Jean for the preparatory year and moved to RMC Kingston to complete a Bachelor of Arts Degree in Political Science.

Following his graduation in May 2010, the Bathurst, NB native was posted to Gagetown, New Brunswick in order to complete DP 1.2 Mechanized Platoon Commander’s Course. Upon completion of his Infantry Officer training in September 2010, he was posted to 3rd Battalion, The Royal Canadian Regiment (3 RCR) in Petawawa, Ontario.

From September 2010 until January 2012, the former member of the the North Shore Regiment (Reserve Unit) would serve in November Company, 3 RCR as Four Platoon Commander.  During his time in November Company, he would complete US Army Air Assault School in Fort Benning, Georgia and also attend the United States Marine Corps Air Weapons and Tactics Squadron One in Yuma, Arizona.

In February 2012, Captain Stymiest was selected by the Infantry Corps to attend the Caribbean Junior Command and Staff College (CJCSC) in Moneague, Jamaica.  He completed CJCSC in June 2012 and returned to November Company, 3 RCR, taking command of Five Platoon. The confident and highly motivated junior officer, would command 5 platoon until November 2012 at which time he was moved to Combat Support Company to fill the role of Company Battle Captain.

While with Combat Support Company, the well spoken captain lead a team of 3 RCR soldiers to the United Kingdom in order to participate in the British Army’s Cambrian Patrol Concentration, earning a silver medal in the process.  Upon returning from the United Kingdom, he was tasked as OPI for the 3 RCR Consecration of the Colours, which saw him oversee planning a Battalion parade on 27 April 2013 at Queen’s Park in Toronto, Ontario that included participation from His Royal Highness, Prince Philip and the Lieutenant Governor of Ontario.

The high energy captaint completed his service with 3 RCR on the 17 June 2013 and was subsequently posted to the Canadian Army Doctrine and Training Centre (CADTC) in Kingston, Ontario to serve as Personal Assistant (PA) to the Commander CADTC.  He would serve as PA for two years, firstly under Major-General Steve Bowes and then under Major-General Jean-Marc Lanthier.  During his two years as PA, he travelled with his respective General’s extensively, attending numerous national and international engagements.  His responsibilities included coordinating all of his respective General’s requirements, which included: travel planning, managing the General’s schedule and calendar, liaising with internal as well as external organizations, report writing, strategic engagement planning, transportation, protocol and anything else his General required from him.

Captain Stymiest completed his service as PA in July 2015 and moved to the CADTC G3 where he was employed as the CADTC G3 Ops.

He is currently employed as the 7 Squadron Commander in C Division at RMC. 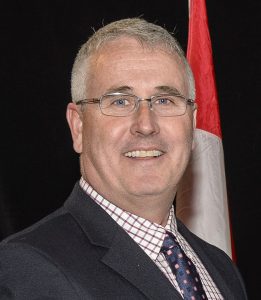 Congratulations to RMC rugby head coach, Sean McDonaugh for being selected as the assistant coach of the Canadian under 20 team which is currently competing for the 2017 World Rugby Under 20 Trophy.

The event is being held in Uruguay from 29 August until 10 September and is organized by rugby’s governing body, World Rugby.

The scores for the first two Team Canada games:

More on the tournament here. 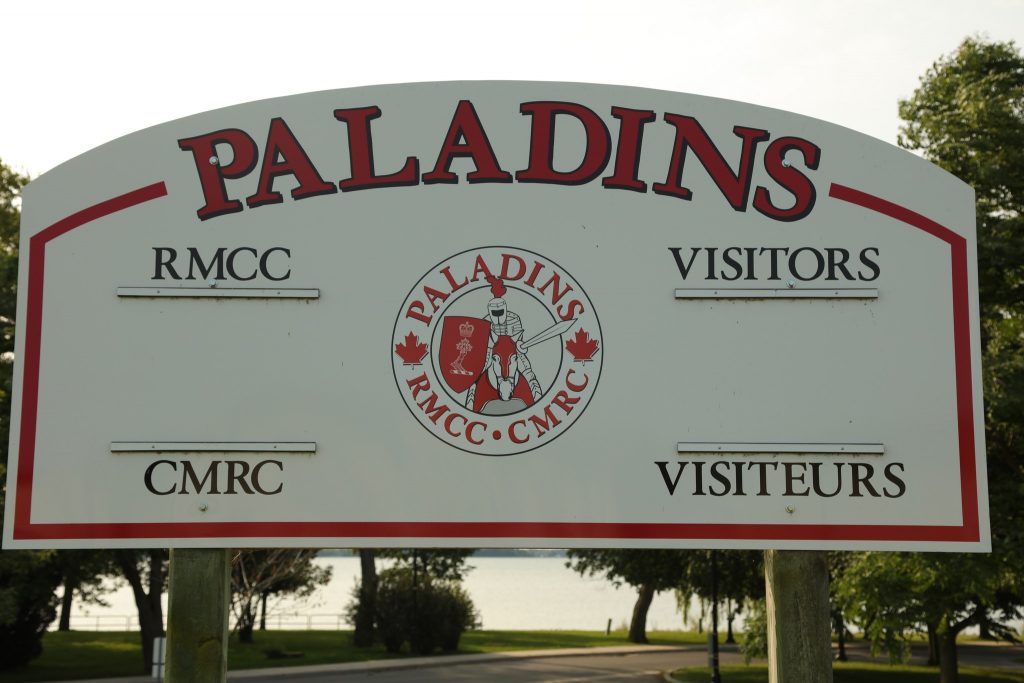 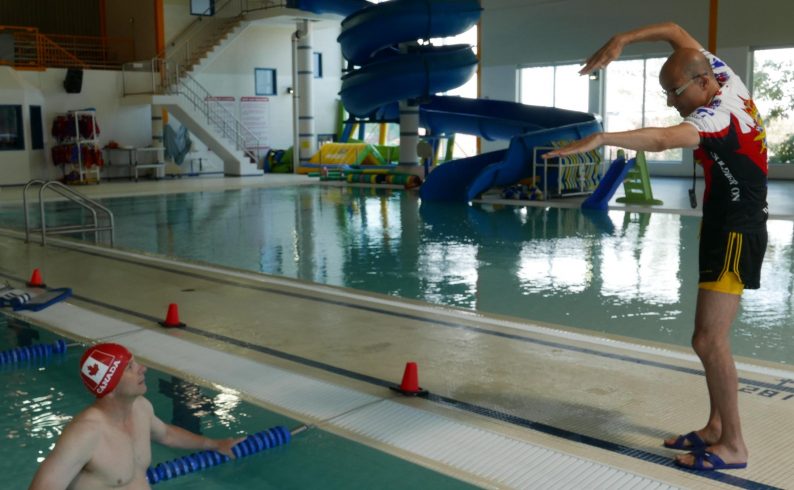 On the deck sees, Kommy, coaching Robert Smith in the pool preparing for the 2017 Invictus Games

***
Lt Col Tony O’Keeffe (rtd) pioneered and championed The Soldier On in the CAF in a grand way. As a big salute to his character, I have journeyed in his path and have become my Brother’s keeper. Please join me and cheer on Cpl (rtd) Robert Smith in his journey to the pool at the Invictus Games. He has honoured me with his trust. Swim Fast, Robert.

Journey to the 2017 Invictus Games

I was born and raised in Hamilton Ont. Growing up I was an avid hockey and football player. One of the best and proudest sporting moments in my youth was making the St Mary’s senior football team. I finished College with no job prospects in sight. In 1989 I took the leap and joined the military. It was the best decision I have ever made. I loved the team atmosphere of the military. I spent the first two years as an Infantryman, and then made the transition to be a vehicle mechanic. I loved putting on the uniform every day.

I did a few tours. My first tour was spending 3 weeks in Sarajevo Yugoslavia to up-armor vehicles as they came off the planes. My best tour was CFS Alert winter tour in 2002-2003. It felt like I was living on a distant planet with 24 hours of darkness. In 2004 I was lucky enough to make the CFJSR Nijmegen team. There were both mental and physical challenges that I had to overcome. I completed ‘the-four-days-march’ covering 40 km daily, with no skin left on my feet.

In 2008 it was my turn to be deployed to the sand box for 9 months. I was sent to support the RC South HQ Regional Command Southern Afghanistan. During that deployment I was to spend 6 weeks in a FOB (Forward Operating Base). It was a rough 6 weeks. I sustained a concussion after being too close to an explosion. It wasn’t serious to get me out of Afghanistan, however about three months after my concussion I came down with post-concussion syndrome and the first signs of PTSD started. I became a recluse in my own home. I couldn’t sleep, and every time I did fall asleep the nightmares started. It was a catch 22. It took about 6-9 months of recovery for my concussion symptoms to die down. My weight jumped to 234 lbs. I looked like a 6’2″ fat pear. It was at that point that I starting taking back control of my life. My anxiety disorder was so bad that I would go to the gym very late at night when the gym was at its most quiet. So using the baby step formula and a lot of medication, I gained more self-confidence. After showing results in my weight loss, my confidence started slowly coming back. I still felt the anxiety at the gym, but now I could control it.

Last year during one of my OSISS meetings, I heard about the Invictus Games for the first time. With the urging of my fellow peers, I mentioned it to my wife and daughters. She has final say in everything. However, to my surprise she was ecstatic and very supportive. My wife and daughter even wrote the application form for me.

As any good sports fan, I loved the Olympics. Swimming events were always my favourite events to watch. I felt swimming would be my best chance to make the team. After making the team, I was lucky enough to meet kommy, the RMC swim coach, and with his fantastic coaching skills my confidence is growing day by day.

As a civilian, I had no goal. The Invictus Games has given me a new goal in life, since being released from the military. It’s the team spirit and the comradery that I longed for.

Post comment on kommy from an Ex Cadet swimmer: “…kommy is a Swim Canada certified coach and is one of two individuals in the Kingston, ON area to have an Advanced Competitive Coaching Certificate (the other being the head coach at Queen’s University). He has worked and attended swim clinics on numerous occasions with swimming icons such as Dr. Gary Hall Sr. (1969 and 1970 World Swimmer of the Year, 1968, 1972 and 1976 Olympic medalist, and ten-time World Record holder) and Olympic swimmers including Elizabeth Smith and Kylie Masse…”

This past Sunday, 3 Sep – Bishop for the Roman Catholic Military Ordinariate of Canada, Bishop Scott McCaig, CC (Companions of the Cross) was on the campus and presided and celebrated Mass at the Yeo Hall, Cadet Mess.

With spirituality and humor the recently ordained Bishop connected with the congregation comprised with a combination of appreative staff and cadets.

Les Davidson is back!