All students understand the stress of exams and the toll it can take on them, be it for one exam or many. Throughout the academic year students across Canada take exams twice a year at the end of the semester to solidify their passing or failing of a class.

For the past 9 weeks cadets have been studying their second language to improve their skills as their exams which are just around the corner.

Cadets have spent the last nine weeks in class and are about to enter their final week of Second Official Language Education Training (SOLET) summer where they will test for their “B’s”.

Achieving a “B” means that you are competent in that component of the government bilingualism test. Cadets must be able to read, write and speak fluently in their second language before receiving their RMC Degree.

Some cadets are writing the screening test, the Contrôle de rendement (COREN 402) which dictates whether they can move on and test for their first B. Others are preparing to do a phone call with an examiner to test for their final B in oral proficiency. 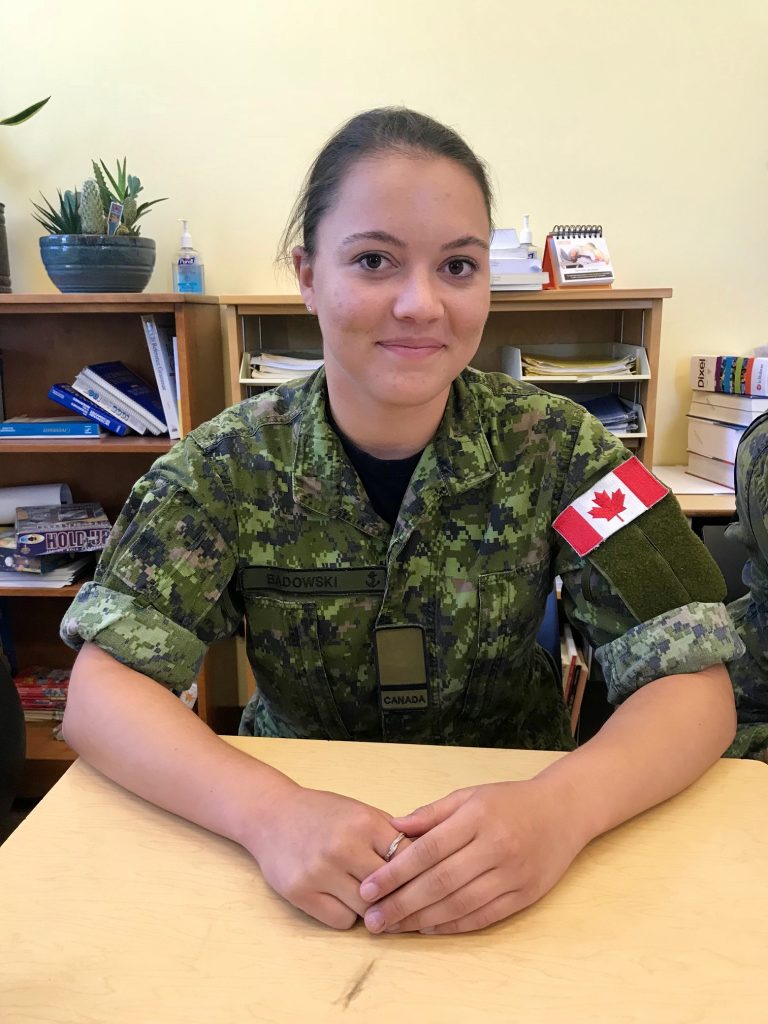 28054 NCdt Natasha Badowski is one of the cadets who has spent the last couple months at RMC working on her bilingualism pillar. She states that “this summer has been my biggest challenge in becoming bilingual. I’m working towards attaining my final B which is the speaking component. I started the summer only feeling comfortable giving a simple yes or no answer in a conversation but am now I am much more confident in my speaking abilities after doing presentations and having in class discussions for nine weeks. I am nervous but looking forward to attempting the test next week for the first time.”

Best of luck to everyone testing and being one step closer to fulfilling all the components that are required the RMC Degree.