The achievements and contributions of the RMC Class of 1965 have been well documented, but this tale is about a rather unique sub-set of that distinguished class that is less well known. No, not a new rock band, but rather a group of fellows who were flung together by the fickle finger of navy fate, and remain socially connected to this day, more than 50 years later.

Following RMC graduation in the ’60s, newly minted naval sub-lieutenants embarked on three months of pre-fleet training before being assigned to their first full-time posting afloat or ashore.  In the fall of 1965, after pre-fleet, five of those keen young officers were posted to the same ship, HMCS GATINEAU, DDE 236, a destroyer escort based in Halifax. That as many as five from the same RMC graduating class served together on one ship at the same time is a circumstance that is likely unmatched before or since.

The self-styled Gatineau Five, after completing their working lives, have all retired to Ottawa where they get together on a periodic basis, along with their partners, to remind each other of their time in the old Gatineau, and swap life yarns and medical bulletins.

The five are: 6364 Mike Braham, 6602 Jim Cale, H6604 Jim Carruthers, 6069 Peter Houliston, and 6439 Hugh Spence. Mike, Peter and Hugh began their naval careers bilingually at CMR; the two Jims started out unilingually as “Roadents”. Mike and Hugh became good friends at CMR, and the Jims were thrown together at Royal Roads because their surnames began with “C” and everything at RR was done in alphabetical order.  Peter added spice to the mix as in third year he poured himself into the remarkable Class of 65 and the naval component thereof.

It was not until their time together in HMCS Gatineau however, that they jelled as a group through their common initial experience aboard one of Her Majesty’s Canadian ships. Commanded by Cdr. Andy Fulton (later Vice-Admiral Fulton and Commander of the Navy), Gatineau spent a busy commission with operational cruises to the Baltic, Barbados and the Great Lakes as well as the constant menu of anti-submarine exercises in the North Atlantic and in the warmer climes of the Caribbean. These each provided their own unique, special bonding experiences for our stalwart quintet and formed the basis for a life-long relationship. After their time in Gatineau they all went separate ways both within the Navy and as civilians. 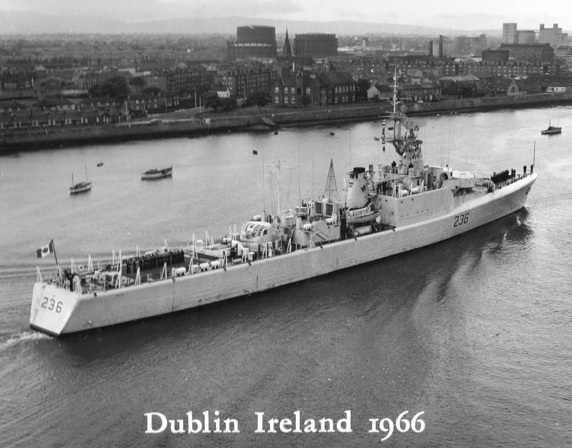 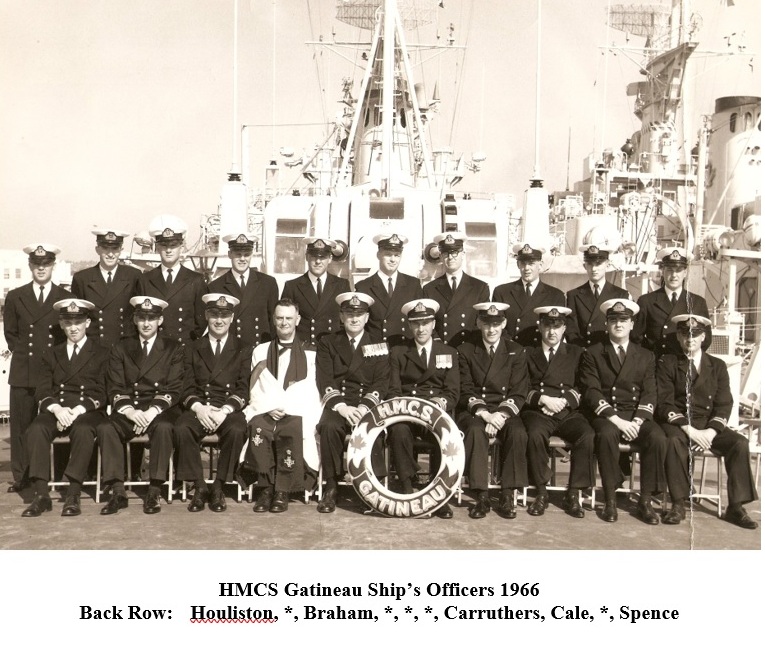 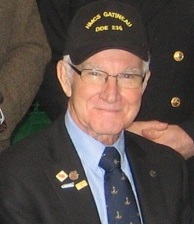 Mike Braham served as Deck Officer and then as Communications Officer in Gatineau while earning his watch-keeping certificate. He continued with a 27 year naval career, retiring as a Logistics Captain (N) in 1987. He then spent 13 years as a Director in Emergency Preparedness Canada and ten as the Director responsible for Occupational Health and Safety in DND.  He now volunteers at the Diefenbunker Museum and the Canadian War Museum. 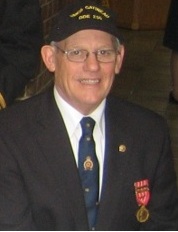 Jim Cale was Gatineau’s Assistant Operations Officer. On leaving Gatineau he went on to a 34 year career in the Navy in various positions at sea and ashore. He served for a further two years as a civilian on a Special Project Team which restructured Dockyard operations. In 1996 he took Freedom 55 and volunteered in a number of organizations in the Halifax area, moving to Ottawa in 2008.

Jim Carruthers left Gatineau in late summer ‘66 after completing his watch-keeping ticket to become the ‘guinea pig Combat Systems Engineer (CSE)’. The first shipboard digital computer, ASROC, 505 sonar and CSD developments followed. Unqualified in any field – except perhaps for a PhD – he spent seven of his 22 year career in NDHQ and is perhaps best known as the ‘father’ of SHINPADS. Subsequently 25 years were spent as CEO of Norpak Corporation followed by volunteer work, which included time on the Board and as President of both the RMC Foundation and the Naval Association of Canada. 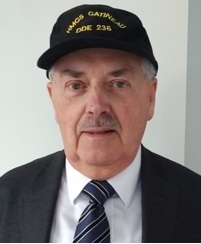 Peter Houliston went from Gatineau to serve on HMCS Restigouche after which he left the Navy to get married and pursue a graduate degree.  Subsequently he spent most of his career in international development with the Canadian government (CIDA) and later as a consultant.  He worked in the Caribbean, Africa and Pakistan including five years living in Guyana and Jamaica.  He now spends his time volunteering with Rotary, visiting grandchildren, travelling abroad, playing bridge and walking around golf courses, playing being too strong a term. 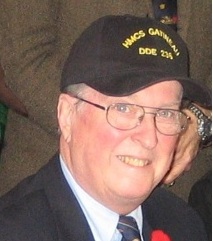 Hugh Spence was Gatineau’s Information Officer and on being posted from the ship joined DND’s Information Services. After leaving the Navy, he held marketing and information positions with St. Lawrence College and then Transport Canada Public Affairs. This was followed by the major portion of his career as head of the Atomic Energy Control Board’s Office of Public Information in Ottawa, from which he retired in 1997. He is currently a Volunteer Interpreter at the Canadian War Museum.

By 2008, all five class/shipmates were living in Ottawa where they occasionally get together with their wives for good food, good wine and reminiscences of their time in Gatineau and the characters they met there. 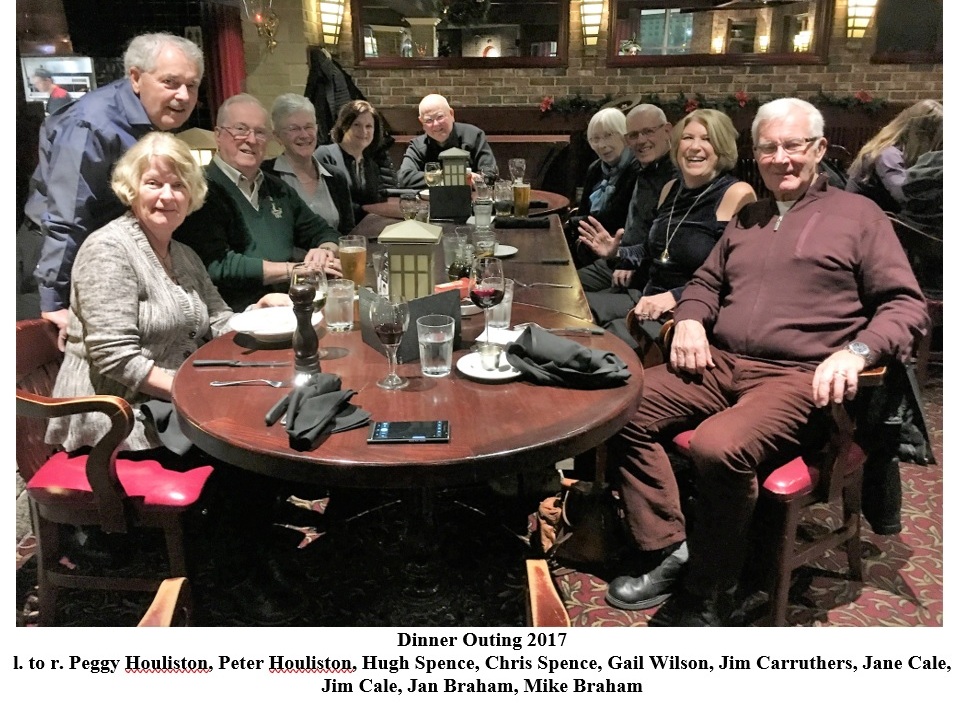