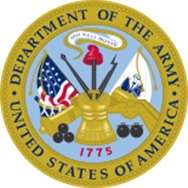 Department of the Army

The task force’s first director, a major general with unique qualifications that the Army wanted to apply to the leadership of the task force, had intended to retire before his assignment.  He accepted the Army’s request that he continue for the additional year on condition he be allowed to retire at the end of the year.

Because of the suddenness of the determination to continue the task force’s work for another year, a major general had not been identified by the General Officer Branch to assume the vacated directorship.  Subsequently, a “promotable” brigadier general recently announced on the list of brigadier generals to be promoted to major general currently serving as an assistant division commander in an armored division in Germany was identified as the new director.  Though the officer did not have an extensive background in development he was a long serving armored force officer.

The newly appointed director was being reassigned early requiring all of the expedited work to relocate from Europe to stateside, obtain suitable quarters for family and assume duties not expected to extend more than a year.  As a promotable brigadier, he would be “frocked” a major general on assumption of his duties as the director wearing that rank, though remaining on the list as a brigadier.

The new director was not overly happy about his reassignment.  He had spent the majority of his military career with the line units of the Army and found this service rewarding and full-filling.  He was a skilled field officer.  He had been pulled early from an assignment he particularly enjoyed and assigned to a duty and role he did not have experience with and felt ill prepared to execute.  Though the general mastered his feelings professionally, his dissatisfaction occasionally manifested itself during task force operations.

On arrival of the new director, the two colonel deputy directors, one over the combat developments work, the other superintending the materiel developments effort, had been preparing briefings to bring the new director up to speed on all aspects of the previous year’s work, the end of year report and recommendations to the Army Chief of Staff.  The colonel orchestrating the materiel development work was the senior colonel and had assumed acting director duties for the interim period of several months from the retirement of the first director to the arrival of the new director.

An aspect of a Department of the Army task force at the time was that with any recommendations it made that the Army determined would be accepted, the task force had the duty of engaging with the standing Army organization that would implement the recommendation and transition its work to that activity.   The task force was a temporary organization that would deactivate at the conclusion of its mandate by the Army Chief of Staff.  This fact made the transition process critical.

The task force had been conducting a massive yet detailed study that engaged all aspects of the combat, materiel and training developments elements of the development of a total heavy force fleet—every arm that operated in the armored force had inputted to the study and been engaged in the work.  In effect, the small task forces of some 30-40 officers, Army civilians and contracted staff were supplemented by hundreds of additional staff at the Army branch schools and integration centers of U.S. Army Training and Doctrine Command and the arsenals, laboratories and proving grounds of the U. S. Army Material Command and the other services such as the Marines and Air Force.  This effort included assessment of the entire U.S. Army and Department of Defense technology base.

The second year effort would intake independent proposals from two large industry consortia participating in the effort through Department of the Army contracts.  These industry proposals would then be compared to the in-house task force work of the first year synthesizing a refined recommendation from this work.  The year would also orient on beginning the process of transitioning task force recommendations being accepted by the Army to key offices of the standing Army such as those offices of the U. S. Army Training and Doctrine Command that would have proponent responsibility.

One of the first areas determined for transition was the task force’s training development work which had been extensive.  Several key aspects of the transition would involve key offices at the Office of the Deputy Chief of Staff for Training and the Army Training Support Command at Training and Doctrine Command and the industry consortia.  Coordination and a series of meetings and conferences would ne necessary to effect the transition.  The task force director’s involvement and direct support would be necessary to achieve this transition.

The task force deputy director for combat developments was responsible for the training development area.  He initiated the transition process for training developments by providing guidance to the task force lieutenant colonel responsible for that component of the taskforce’s work to initiate the effort by developing a meeting and conference schedule with the associated commands and industry community and beginning a series of briefings of the director.

The transition agenda had already been in process of development and was quickly refined.  The lieutenant colonel promptly coordinated an initial briefing of the director.

The afternoon scheduled for the director’s briefing arrived and the colonel with prepared briefing slides rendezvoused with the director in the task force conference room.  He began the briefing.  The new director who had in initial interfaces with the task force staff on arrival and in the brief period since, presented as an approachable and affable officer.  He had not overly registered on overplaying the status of being a general officer but properly able to maintain the necessary distance of the position.

The colonel began the briefing.  Almost immediately, the briefer detected a reception on the part of the director that belied his dissatisfaction with the role he found himself in.  The briefer continued.  Shortly, it became apparent that the briefer would need to take a different tack to move the session in the right direction.

The briefer abruptly redirected his presentation addressing the director.  He pointedly stated that to move the task force rapidly to mission conclusion the pieces of task force work to be sustained by the Army needed to be transitioned to the permanent Army.  The sooner the process began the faster the transition would occur.  A point heavily emphasized by the colonel, the director’s strong support in the transitions initiatives would be critical.  The training development element was to be the first to transition and the director needed to be involved.

The colonel’s approach had been direct but the general being the soldier he was instantly changed his demeanor and engaged.  The briefing initiated a very successful series of actions that included major briefings of related commands and offices, a major industry conference and a timely hand off of the training development function to Training and Doctrine Command.

The colonel and the general enjoyed a superb professional relationship throughout the remainder of their association on the task force.  It was one based on mutual professional respect.  To the benefit of the Army much of the training development work transitioned effectively and contributed to later important Army training systems development.

A take away from this vignette…many persons in leadership roles will confront less than desirable situations.  Some of these situations will test every part of a person’s patience and ability to engage.  Nevertheless, the real leader will rise above the circumstances even if there was an initial stumble.  The real leader will engage with their team under the most testing of circumstances, focus on the mission and lead the team to mission accomplishment.  That happened in this case.