The lieutenant was notified to report to the Assistant Division Commander for Maneuver’s (ASC(M)) Office at division headquarters. The ADC(M) was a brigadier general.

The lieutenant had recently been assigned from duty as a mechanized platoon leader in Company A of the  2nd Battalion, 12th Cavalry Regiment to executive officer (XO) of one of the 1st Battalion’s mechanized infantry companies.  The unit was stationed at Ft. Hood, Texas and was deeply engaged in evaluating different configurations of divisional organization that would blend the capabilities of armored, attack helicopter and air assault and existing fire systems into a tactical force that could prevail against a possible Soviet foe on the plains and ridge lines of Central Europe.  The divisional unit was the newly reorganized 1st Cavalry Division (Tri-Capability) or TRICAP for short.  The division had recently returned to the Continental United States from Viet Nam.

As a new XO of a mechanized infantry company, the lieutenant was responsible for overseeing the company’s administration, supply and arms room, and fleet maintenance and vehicle recovery operations.  He was also second in command of the company in the commander’s absence.   The process of coming on line with his new duties as the XO had the lieutenant fully engaged for long hours in the company each duty day.  Despite the challenges the lieutenant was exactly where he wanted to be and his new company commander was the ideal of an officer in that role, a captain who had been wounded in combat while leading a mechanized infantry company.

The division’s schedule had been busy.  The lieutenant had spent a good 80% or more of the last nine months in the field.  He had functioned as part of the U. S. ground force for “force on force” maneuver exercises pitted against a battalion of the 2nd Armored Division configured as a Soviet motorized rifle battalion.  The exercises were designed to evaluate types and mixes of tactical organization and equipment, especially attack helicopter and air assault combined with armored force and determine what combinations provided parity and possible overmatch of Soviet tactical doctrine as it was understood.  The work had been grueling, especially during the hot summer months operating in the Central Texas installation’s extensive maneuver training areas.

The lieutenant hadn’t a clue as to why he was being summoned to the Assistant Division Commander’s office.   He drove from his company area to division, parking his vehicle and entering the division headquarters building.  He made his way to the ADC(M)’s office arriving a little before the appointed time.

On arrival the lieutenant was informed that he had been identified as a candidate for the position of aide-de-camp for the ADC(M).  The lieutenant was taken a bit aback at being selected without being informed.  He was particularly keen to remain a company XO and was not necessarily interested in the aide position, though having grown up as an Army dependent, he fully appreciated the potential value of the aide experience.

But the timing just wasn’t right.  The lieutenant, as noted, had just begun his assignment as a mechanized infantry company XO.  Being charged with the administrative and support oversight of a mechanized infantry company and serving as its second in command were critical professional development opportunities to understudy and learn maneuver company level operations. Success in this role would be critical to later Army opportunities in the mechanized infantry.  But the lieutenant determined to perform as well as possible on the interview, even without any preparation. 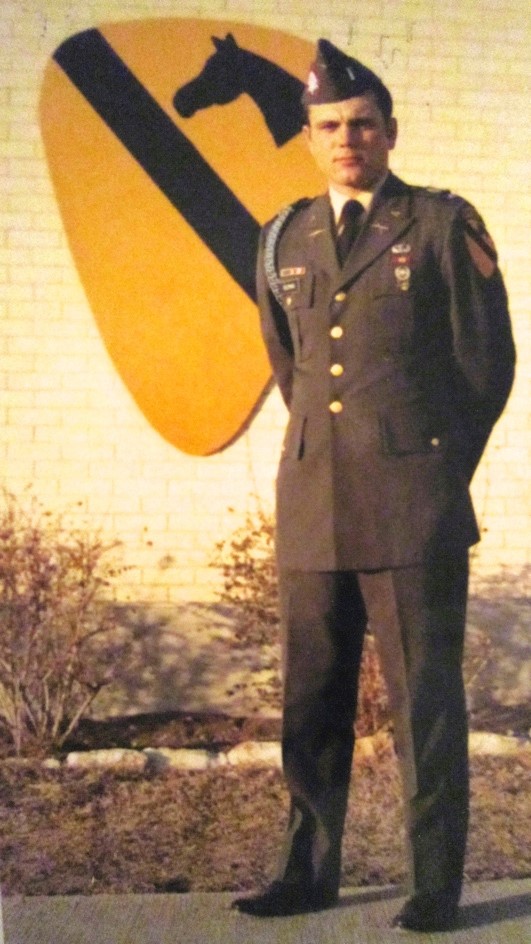 The ADC(M) was recently assigned, a newly promoted brigadier general.  This fact apparently played a role in the lieutenant’s out of the blue summons to the interview.  After a short wait in the outer office, the lieutenant was summoned into the ADC(M)’s office. 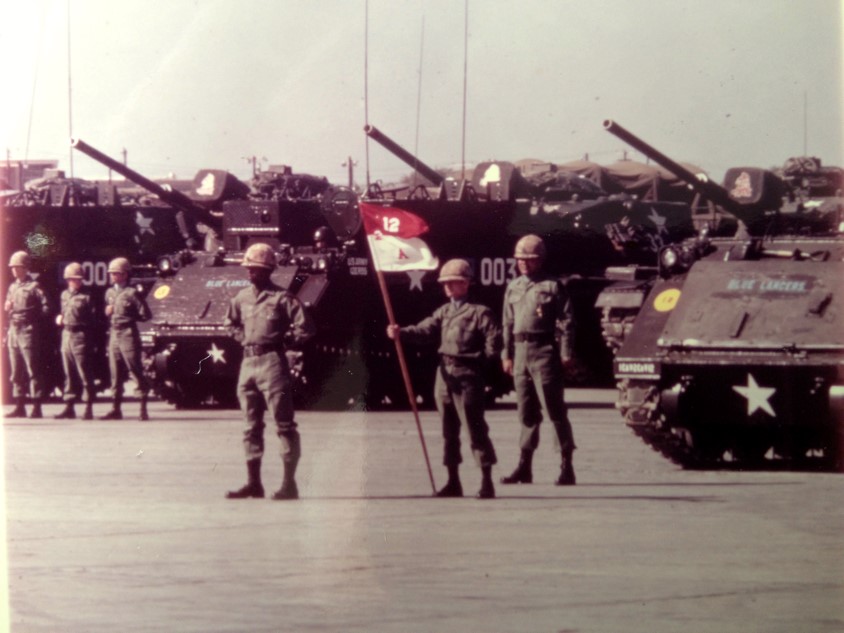 A company of the 2nd Battalion, 12th Cavalry on Parade

The lieutenant appreciated the ADC(M)’s communication.  He also felt relieved and    appreciative of being able to continue as a company XO.  He would experience success in the role and benefit the unit with his service.  He would move on to a following assignment as the XO of a divisional armored brigade headquarters company, that of his assigned brigade.   This assignment would be followed by deployment to South Korea and duty with the 2nd Infantry Division where he would initially be posted again as a platoon leader, this time leader of a foot infantry platoon.  He subsequently was selected as an aide-de-camp to the ADC(M) of the division followed by assignment as aide-de-camp to the  Assistant Division Commander for Support (ADC(S)).

Eight years later, the lieutenant, now a major and student at the U. S. Army Command and General Staff College, would again share a day with the brigadier general who interviewed him nine years before in the 1st Cavalry Division.  The general was now a lieutenant general and was the Army’s Inspector General.  He was presenting on the immense modernization program being undertaken by the Army, its extent, complexity and need for every leader to be engaged and committed to the effort, bringing every professional competence and ability they possessed to the massive effort.  In a sense, writ large, he underscored the decision he had made at the interview those many years earlier regarding the lieutenant continuing as the new mechanized infantry company XO.

The general demonstrated a perceptive, far-sighted and straightforward form of leader communication and understanding of the profession that profoundly affected the lieutenant in his early career.  The now student major would move on to assignments with the 1st Armored Division then in Germany where he would be deeply involved with the ongoing modernization effort for the three years that he was assigned to the division.

In retrospect, the troop unit experience gained in the three years of assignment to the 1st Cavalry and 2nd Infantry Divisions further augmented by 3 ½ years in a separate mechanized brigade at Ft. Benning Georgia, greatly enhanced the major’s ability to contribute positively, constructively and competently to the modernization work in the 1st Armored Division.

The major learned well that there is no substitute for being well grounded in hands on unit experience from every possible aspect of the business.  The knowledge and confidence that had been gained in over seven years of assignment to combat formations of the Army added immeasurably to the major’s leadership effectiveness on arrival in the 1st Armored Division.  The same was true for all colleagues engaged in the modernization effort who had followed similar career patterns.

The general’s message had gotten through to one leader, the student major, and as would be demonstrated, many others—the general had a reputation for mentoring on this level that was well founded.   In the case of the student major, the general’s mentoring had begun eight years earlier and its effect would carry forward for the next three years in a very real way at battalion and then division level.  The modernized force this team of leaders would build across the Army would demonstrate its capabilities in 1991 in the first war with Iraq.