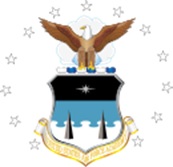 An element of the U.S. Army team participating in the iteration of the long standing British/U.S. Army staff talks about to be held at the Air Force Academy had just arrived at the Colorado Springs airport.  They had departed from Norfolk, Virginia several hours before.     This element was a delegation from the Office of the Deputy Chief of Staff for Training (OSCST), U. S. Army Training and Doctrine Command (TRADOC) then located at Fort Monroe, Virginia.  It was early in the decade of the 1990s.

The ODCST element after picking up their rental car enroute to their accommodation in Colorado Springs did a short reconnaissance lap at the academy. They located the Air Force Academy Visitor’s Center the upper level of which was comprised of a conferencing facility that was to serve as the venue for the talks.  The two officers parked the car and entered the building engaging the center’s manager who provided a tour of the upper level conferencing area.  The two officers confirmed the audio-visual capabilities against the briefing packages they had brought with them.  Everything checked out. 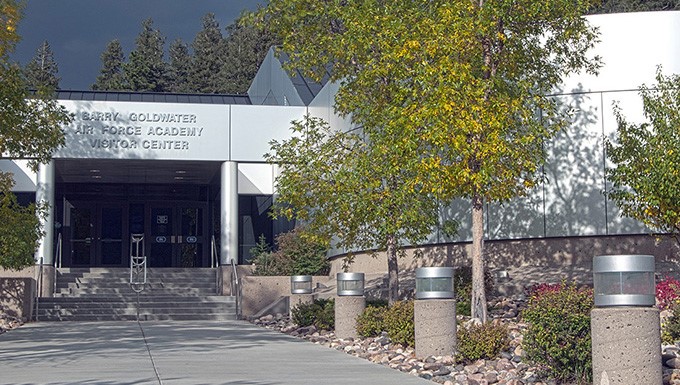 The officers proceeded to their hotel and check-in.  The weather was perfect and promised to continue as such the following day.  Accommodation at government rates proved very nice.   The officers, after a pleasant dinner at a nearby restaurant returned to their hotel.  Both officers reviewed material to be presented the following day to confirm all material was ready for presentation, then turned in early.  The following day would be something of a fast paced day with a mid morning presentation followed by an early afternoon flight back to Norfolk.

The format of the talks would be in something of a panel format with the sitting participants, a group of general and colonel level officers from the two armies, convened around a conference table with select briefing teams presenting over the span of the talks on various programs and initiatives from each Army determined of priority and interest to the talks.

In the case of the training development briefing element from TRADOC a significant focus would be on U. S. Army initiatives to integrate force on force training technology in form of sensors and lasers, interactive simulation technologies and training strategy resourcing developments.  These technologies were being integrated in such way that real task skill to standard training, individual and collective, was being accomplished by expending time and electrons as opposed to fuel, spare parts and bullets.

While maneuver and gunnery training using equipment on terrain would continue, significant portions of maneuver and gunnery training were being repositioned in unit fiscal year training strategies to use of the existing and emerging technologies with attendant cost savings in the expenditure of ammunition, fuel and spare parts.  This adjustment was critical in light of such developments as reduced budgets and the significantly more expensive training rounds for such weapons as the new 120mm main tank guns.

All of the training developments topics outlined were of great interest to the British Army given that army’s emerging fiscal realities.  Of significant interest in regard to stringing the improved training resources into effective sustaining force training strategies to British attendees, was an initiative that had been developing for over a year and now was termed the Combined Arms Training Strategy.  The TRADOC briefing element was particularly well suited to brief the topic as both officers were assigned to the ODCST directorate that had been assigned the mission from the U. S. Army Chief of Staff to lead the development initiative on this training strategy work.

The briefing in the event went well.  The TRADOC training developments element was well prepared and well articulated the status of developments.  The British general officer present was particularly interested in the strategy and its parts.  He had several cogent questions regarding acceptance that led to some side discussion.  There would be some follow-up with further exchange and material shared through the British liaison officer assigned to TRADOC.

The inter army exchange regarding training developments in the event proved prescient.  Both armies would over the next decade work through notable fiscal constraints only to have to greatly expand in response to post 9/11 developments.  The hard work done to leverage technology in training the force to standard on reduced budgets would bear fruit in the initial stages of the following conflicts.

The most salient aspect of interfaces and dialogue within both armies and inter army was the openness of leaders across the establishments to be receptive to considering and applying technology to leverage scarce training time and fiscal resources.  This consideration and leveraging ultimately achieved and sustained vital levels of individual and collective essential mission task proficiency among the troops and combat units.  It speaks well of the leadership that was working through this period in the development and application arenas that the system developed and maintained, worked to the level that it did to produce the force capability that deployed in the opening phases of the Afghan and Second Iraq Wars.

It must also be mentioned that the British senior member at the talks made a special effort to engage the briefing elements and express his personal appreciation for the sharing of information.  He seemed especially warm to the TRADOC element.  He seemed particularly aware of the nature of difficulty and challenge involved in bringing so vital an initiative to the level that had been achieved, particularly against many of the internal cultural forces involved, inertial forces that could do much to prevent progress.  The British officer expressed his appreciation by presenting each officer with a memento—not often the experience of both officers in the many briefings they had presented.

A post script…one of the colonels assigned to the ODCST TRADOC briefing element would return to the Air Force Academy perhaps fifteen times over the following years. He would be visiting his daughter as a cadet and later commissioning her and his son-in-law into the Air Force as 2nd lieutenants on their graduations from the Academy.   He had visited the school for the first time in winter 1972 on departing his assignment at Ft. Hood, Texas for deployment to The Republic of Korea and duty with the 2nd  Infantry Division.  He was visiting his brother and family at Ft. Carson, Colorado, the latter an officer assigned to the 4th Infantry Division.  They would then travel together to Connecticut to share the holidays with family and position the colonel’s family there before he deployed to Korea.  He of course had little idea on that first visit in 1972 how often he would be returning to the Academy over the years.