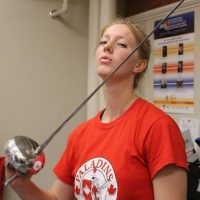 Hockey,  Men’s and Women’s Fencing, Men’s and Women’s Volleyball, Men’s and Women’s Soccer, and Men’s Rugby joined together Wednesday March 22. The occasion was the yearly and anticipated event which signals the end of a season well-played by all, celebrates the joy of sport at RMC, and recognizes the outstanding achievements of individual teams and athletes.

The RMC Varsity Awards Ceremony was conducted with the professionalism, decorum, and friendly comradery and rivalry that keeps the healthy spirit of competitiveness and mutual support alive between all the different sports teams thriving at the college.

It was a night for all the athletes and coaches to turn out in their best suit and tie or dress, trade stories and laughs, and enjoy some exceptional fare provided by talented Cadet Dining Hall and mess staff, which definitely qualified the event as a ‘banquet’ as well.

In addition to these festivities, which define the evening annually, this year brought something new to the RMC Athletic Department: a new ATHLETICS WALL OF DISTINCTION for athletes that have distinguished themselves amid the eons of Officer Cadet generations for their high levels of motivation, athletic prowess, and contributions to their sports programs in RMC.

This was a  special moment of memorial and historical context for sports at the college for the audience, and as athletes we all felt a connection to the stories of these four Officer Cadets (and two former coaches) who had gone through the sports programs of the college decades earlier.

There were both sobering and moments of hilarity as we heard the stories recounted of their positive attitude, fun and sport-loving natures, and their outstanding careers as high-contributing military and civilian members in Canadian society.

I think having this aspect to the awards night was an incredibly unique perspective not usually offered to the RMC athletic program, learning and celebrating the might and accomplishments of great athletes past and present.

It was fascinating and special, seeing the progression of listening to the bios of those inductees of the early 1900s, then listening to the family members speak for some, and finally hearing 7301 Earle H.C. Morris recount his life story and lessons learned as an exuberant athlete in curling.

One of my favourite quotes was when he said he had “been to over 16 different countries, and if Canada is not the best country in the world, it’s tied for first place.”

It was a poignant way to end the ceremony and re-connect us all to our choice to serve such a wonderful country, and appreciate the priceless opportunity afforded us as athletes at RMC. 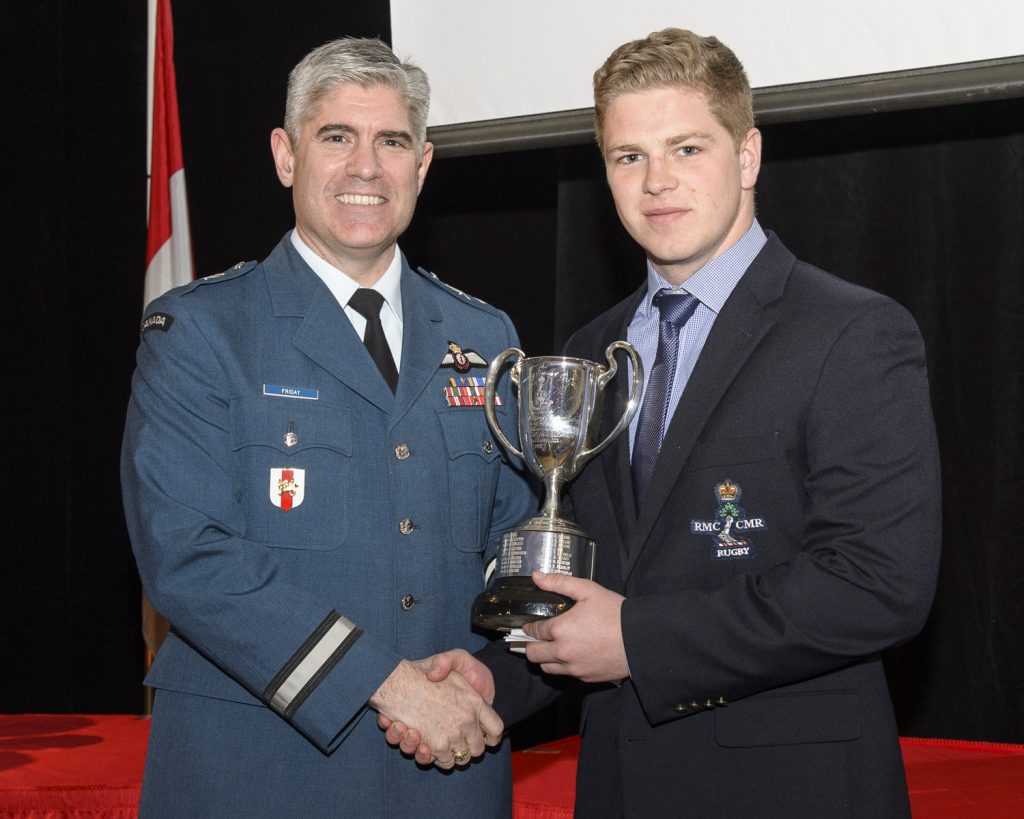 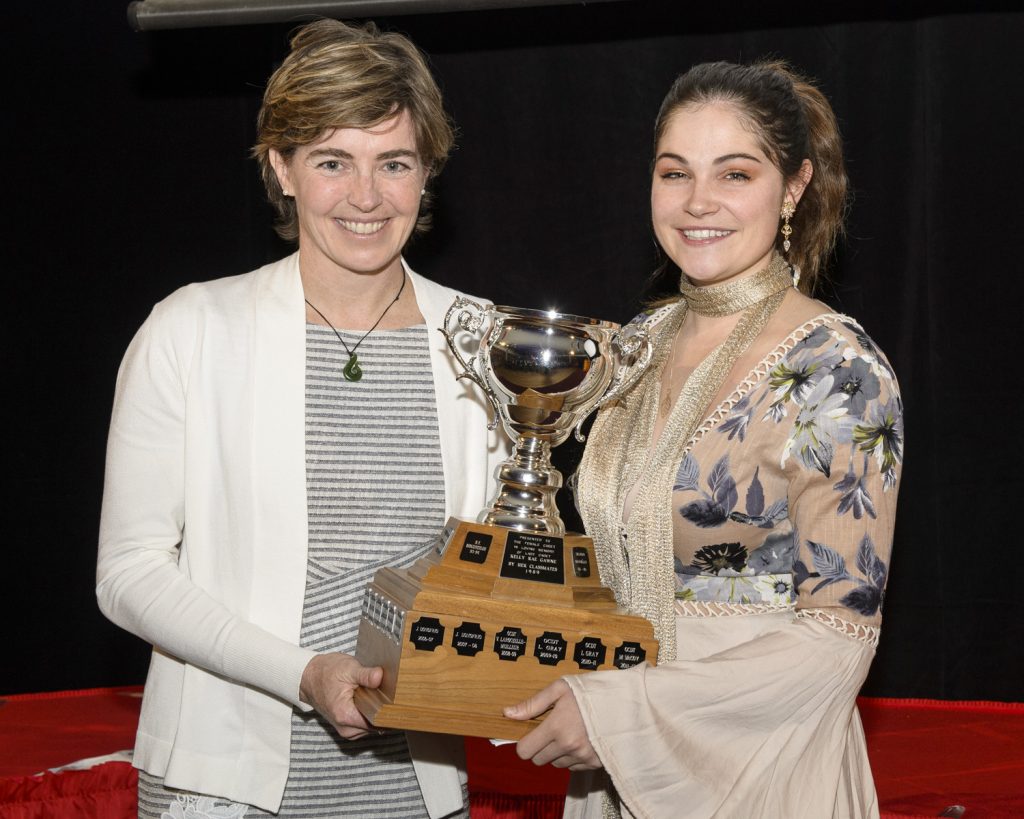 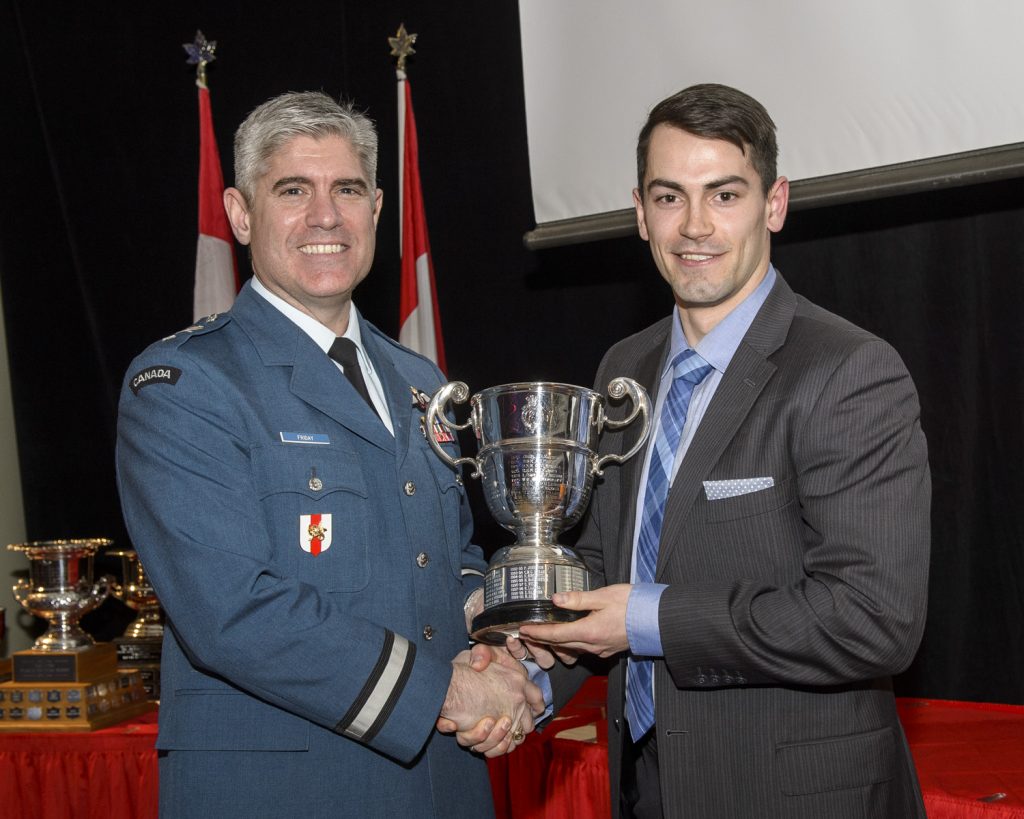 Team of the Year

The Calling of an Engineer / L’Engagement de l’ingénieur