Over the past week, the College has been much louder than it normally is during the academic year. Early in the morning, Cadets are abruptly awakened to “O Fortuna” on loud speakers, throughout the day, cadets can hear loud screaming across the campus, and at night, the yelling and music continue well until after dark.

This noise is not meant to annoy the Cadet Wing, nor to unexpectedly awaken them early in the morning, rather, it is the standard music of the College’s annual First Year Orientation Period, more commonly known as FYOP.

FYOP is a month-long period where the incoming first years, the Class of 2021, are indoctrinated into life at RMC. They are taught the importance of physical fitness, mental resilience, teamwork and discipline.

During FYOP, cadets are not allowed to leave the College or have visitors. They also have little access to electronics and very limited free time. They have long days, normally waking up at 0500 hours and not being allowed to sleep until 2300 hours. Throughout the entire day, they are constantly under the watchful eye of their FYOP staff, who are third and fourth year cadets.

A day of FYOP normally begins with challenging morning Physical Training (PT) with their staff. This usually consists of running, circuits or bodyweight exercises meant to push the first years to their physical limits and help them learn the importance of physical fitness

After having some time for morning routines, the first year flights usually participate in activities that take up the entirety of the day. These activities range from briefings on life at RMC to teambuilding activities within flights.

The focus of this week has been in-clearance and ensuring that the cadets complete administrative processes, like they would upon arriving at any other Canadian Forces Base. This ranges from meeting with clerks, going for dental appointments and picking up textbooks.

In the evening, the first flights of the Class of 2021 compete in sports games against one another. They play sports like soccer and ultimate Frisbee to help build team cohesion and a healthy sense of competition. Cadets who play varsity sports separate from their flight to attend their team tryouts/practices.

After dinnertime, the first years spend their evenings in squadron lines or around the peninsula. Under the direction of their staff, they participate in teambuilding activities and continue doing PT.

Of course, all of this daily activity serves two greater purposes. The first, is to help the first years make the big leap and adjust to life in the Forces and at RMC. The second, and more immediate goal, is to build a sense of teamwork within the flights to prepare them for the RMC Obstacle Course, which will most likely be the greatest challenge of their lives. 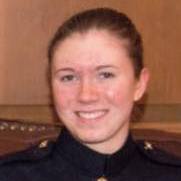 FYOP is an important phase in a First Year’s RMC career. It is an opportunity to reinforce the values, and the discipline they learned at CFLRS and it allows them to discover their personal limits before they are put into a position of authority. The FYOP staff therefore has an immense responsibility towards the First Years to shape them into the leaders that the CAF needs. I applied for FYOP because I wanted to take part in that molding process.

The biggest challenge so far has been to find the best way to teach the First Years everything that we want them to absorb from FYOP. There are certain qualities and values that we hope we will be able to instil in them that will be useful for them as they become leaders in the CAF.

My goal is to form a group of first years that can be leading example for the class of 2021. My hope is that after FYOP they will have learnt the values as well as mental and physical capabilities that will help them be successful in their four years at RMC and in their future trade training.

A good leader is made up of a variety of qualities. I believe one of the most important ones is integrity. If we add commitment, determination and the mental resilience to keep a positive attitude, a leader can easily inspire its troops. Furthermore, a confident leader will earn the trust of its subordinates. Finally, a leader needs to be open-minded in order to get the job done and for his troops to feel comfortable around him/her. 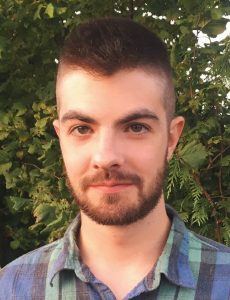 Coming from CMRSJ, a FYOP staff position is a good way to become recognized around your squadron lines as well as RMC as a whole. It’s a great opportunity to prove yourself as a leader not only to your peers, but to yourself.

It’s challenging to come into a FYOP staff position after starting at CMR. The orientation program in Saint-Jean is very different than what we’re doing now but I am learning quickly. Hopefully my year at CMR will give me another perspective on how we do things here.

I hope that the Class of 2021 adapts quickly and effectively to their new military/university lifestyle. I also hope that FYOP provides to be a formative five weeks of teamwork for them, laying the groundwork for strong cohesion, integrity, and leadership amongst their year.

Since coming to RMC, I’ve learned the importance of true team cohesion and confidence as a leader. Watching my squadron’s FYOP staff from last year taught me a lot about the qualities of a good leader and inspired me to try-out for the position I’m in now. 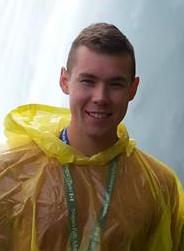 I chose to apply for FYOP because I wanted the challenge. The days are long, and they are both physically and mentally demanding, but it is rewarding to see the First Years progress through the program.

I have found that the biggest challenge is refraining from directly giving the first years all the answers. In my opinion, the point of FYOP is to take 20 individuals and develop them into 1 team. It would be extremely easy to tell them how to work as a team, but the challenge for them is to learn on their own, and unite as one.

Most cadets come to the college with very little knowledge of the military lifestyle. The first 4 weeks of FYOP are crucial to the success of the first year cadet. They are the building blocks that will set up the rest of their career. Throughout FYOP I hope to give the first years as much of my knowledge and experiences as possible to make their 4 years at RMC successful.

My section commander during my first year at CMRSJ, OCdt Couillard (now fourth year), set a high standard for dress and deportment that I still strive for today.

In my opinion a good leader is someone who remembers to consider how their decision will affect the soldier at the very bottom. I often believe that leaders focus too much on the bigger picture and neglect to consider how that decision may impact their subordinates.