Feature photo: Fun times for cadets during the summer of ’18.

Cadets mixing work & fun on the peninsula over the summer 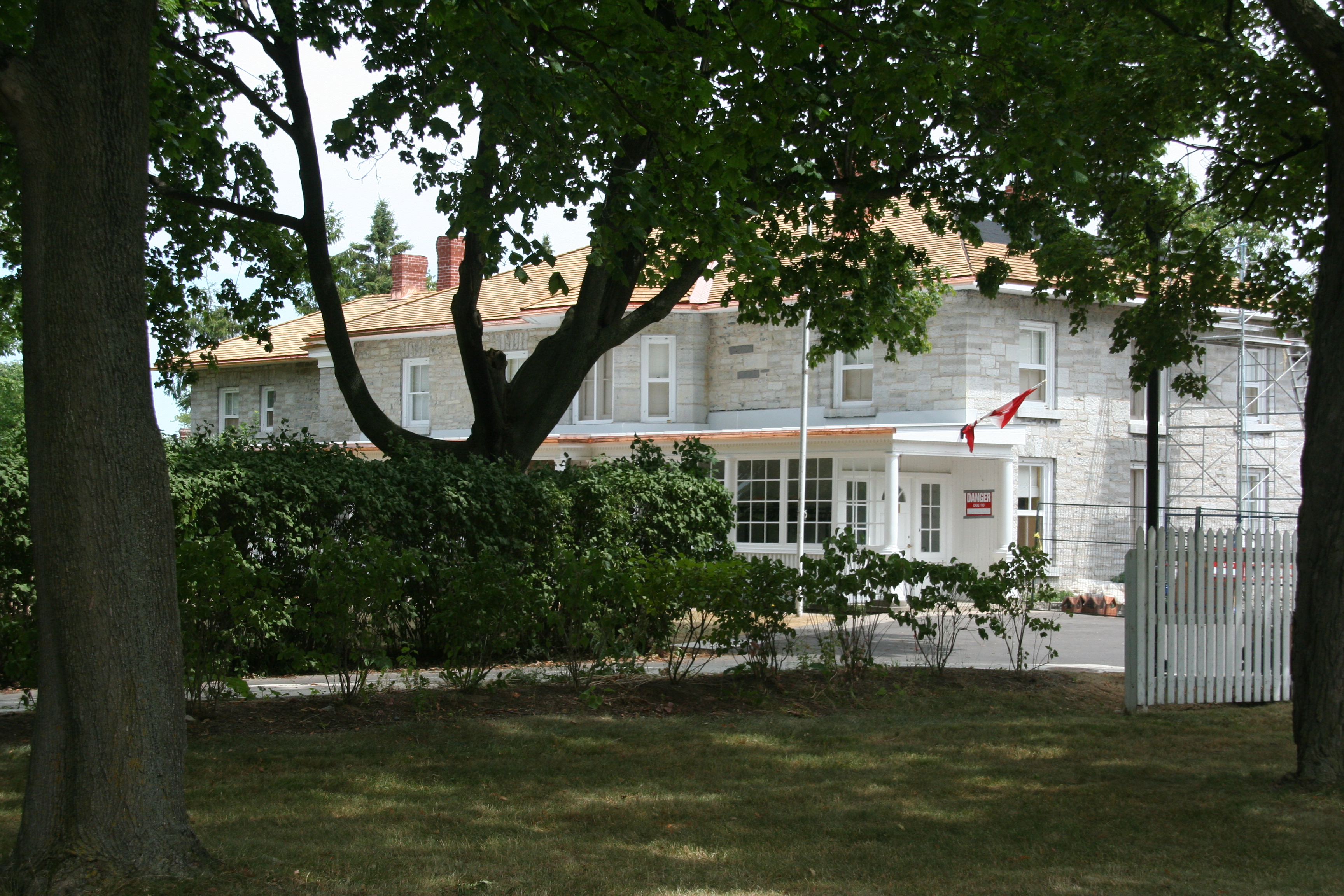 Summer time brings out the beauty of the RMC Campus. With buildings as old at 1813 –  Commandant’s House, there are stories that go back almost two centuries.

Fast forward and cadets are coming to RMC to be educated academically and militarily.

This summer there are roughly 160 cadets still living at RMC to work on their Second Language Training. During the day these cadets are in rigorous second language classes, working hard every day to improve their reading comprehension, grammar and oral capabilities in their second language.

Once the work day is done, the cadets participate in some physical training (PT), be it self-directed or group PT. Some of the highlights for PT have been sports such as volleyball, ultimate Frisbee or baseball.

For self-directed PT you can find cadets going on runs, hitting the gym, or taking canoes out into Lake Ontario.

In addition, the cadets have come together to help in the cleaning of the rifles RMC possesses. One member of the training wing has stood out to the cadets; always being cheerful and willing to help the cadets in this task. WO Ansell (above left) has come out every time the cadets are cleaning rifles, and has said he will come out again if he sees the cadets out there cleaning.

Overall, the cadets at RMC this summer aren’t only working on their second language, but also on team building, discipline and fun! 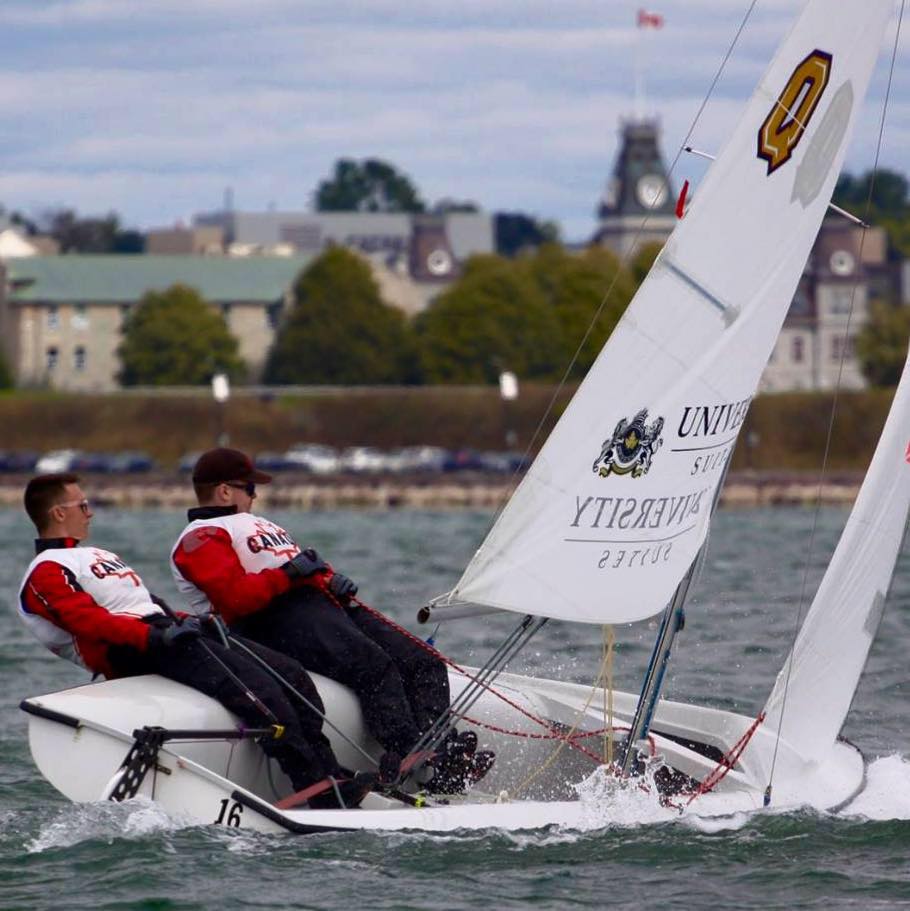 Sailors gearing up for a busy few months

The Royal Military College of Canada’s Yacht Club (RMCYC) has had a long-standing history of providing the officer cadets (OCdts) and staff with many opportunities to get out and enjoy aquatic sports, as well as take a break from the mundane landlocked life. In recent years, the RMCYC has also become home to the College’s own competitive sailing team.

This past year the team hosted the largest tryouts by volume out of all the competitive clubs, with OCdts coming out in droves to join the Keel boat and 420 class teams.

The sailing teams have competed alongside Universities from across Canada in collegiate sailing regattas, and national keel boat championships. They even independently host a national regatta out of their boat-shed for civilian universities.

With such a busy schedule during the school year, you would think that the summer would be a lull for the sailing team. However, team captain NCdt Nick Bell is planning on running the first sailing training camp for the team this coming August to help with the teams competitive ranking while they search for a full-time coach.

And currently, Summer Commodore NCdt Petitti is running a basic learn to sail class for all OCdts and staff that want to learn about the sport and enjoy their summer postings here at RMC.

All of this is accomplished with a small fleet of sailboats and borrowed power boats, a true testament to the resourcefulness and drive of the OCdts on the team and the Employees in the RMCYC boathouse who spend all summer working together to bring sailing, windsurfing and other aquatic activities to the members of the CAF here at RMC year-round. 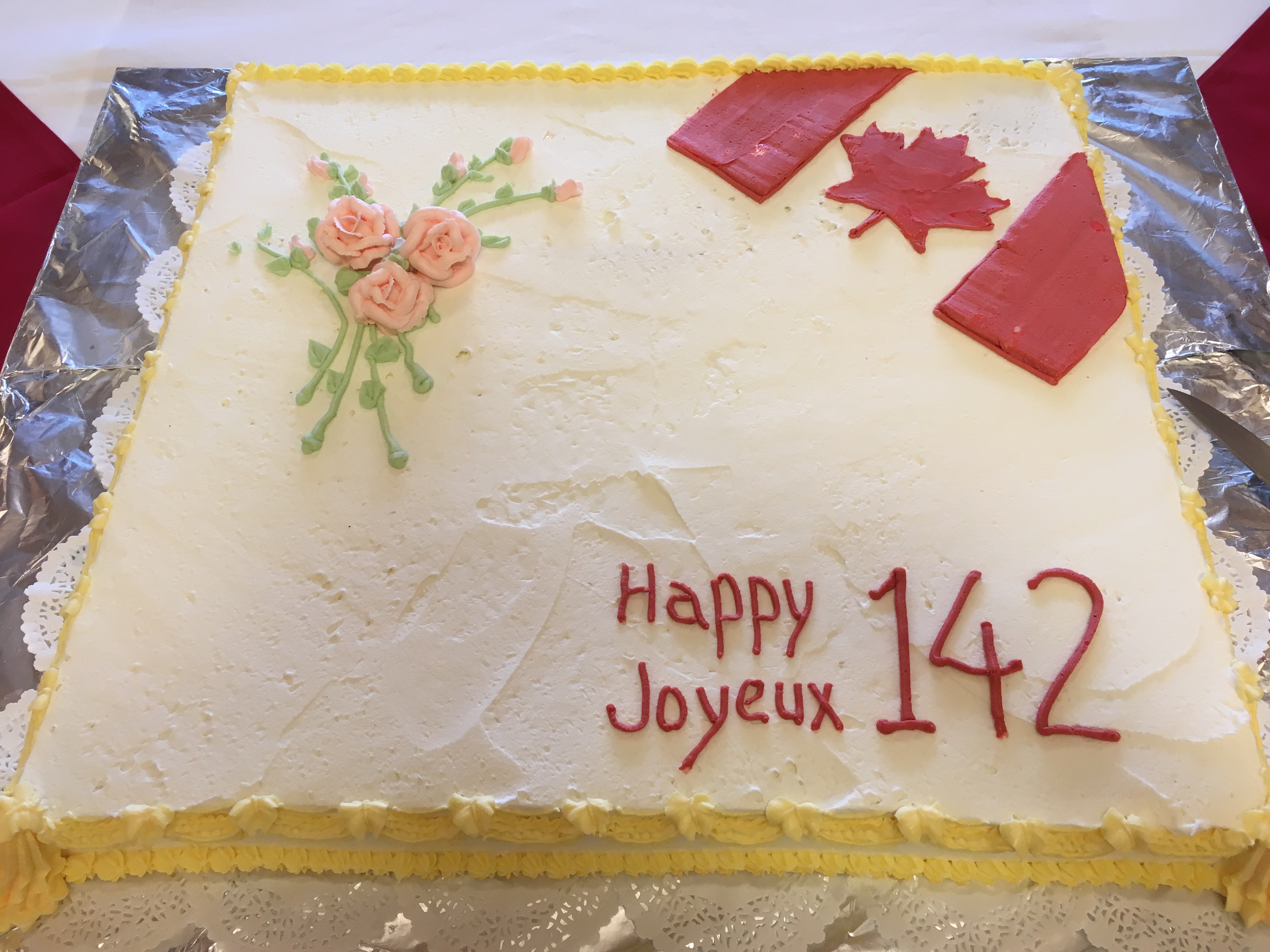 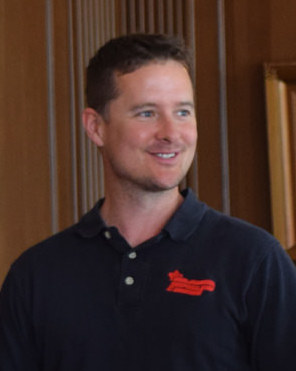 On May 31st the RMC College team was invited the Senior Staff Mess to indulge into some birthday cake and participate in a trivia contest to celebrate the 142nd anniversary of RMC.  The event was held during the regularly scheduled Unit Fund Coffee and attracted about 125 people to the SSM.

Once most had arrived Col Bernier, Acting Commandant, addressed those in attendance to thank them for their hard work, dedication and patience as RMC has gone through many changes in the recent past.

He then handed the floor over to the College Chief Warrant Officer, CWO Hoegi, who spoke about the historical significance of RMC and mentioned RMC is the oldest Unit within the Canadian Armed Forces.  By the reaction of the crowd many didn’t know this fact of RMC.  Lastly, Dr. Phil Bates, Acting Principal, shared a few thoughts and emphasized that over the last 142 years RMC has changed significantly, and continues to change for the better.

After the speeches were completed everyone in attendance was invited to participate in a trivia contest designed to highlight some important historical events that have taken place at RMC over the past 142 years.

The museum designed the questions and included artifacts to help illustrate some of the questions and bring the rich history of RMC to life.  In total, we have 40 participants answer all questions and submit ballots for a chance to win a prize.  The highest number of correct answers ended up being 8/10 from OCdt Drew MacDonald-Wangen with the average being about 5/10.

For those who were not in attendance on May 31st, please find the questions at the following SharePoint link at https://dept.rmc.ca/sites/PSS/Unit%20Fund/Forms/AllItems.aspx  (click on Trivia Questions Final Edit).  Answers will be published the following week.

I would like to thank the wonderful staff at the CDH for creating two wonderful cakes for the event, the museum staff for putting together such a great trivia contest and the Unit Fund for sponsoring the event.

C.J. (Chris) Thibault calling it a day after close to 36 years in uniform