“As we push further and further, we begin to develop a better understanding of what all of us are really capable of” 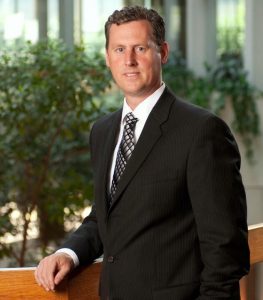 Over the course of this past Reading Week, I had the pleasure of sitting down and speaking with 16055 Arnold van den Hoeven, an ex-Cadet and Air Force Pilot / AERE Officer.

We spoke about RMC, the similarities, where he is now, and how his experiences at RMC and throughout the military have helped him develop both as a leader and a follower.

Over the course of our conversation, two lessons really stood out: the importance of discipline and learning your limits, as well as taking advantage of the opportunities RMC has to offer.

The first key point he touched on was the importance of pushing yourself (mentally and physically) to the edge and learning what your limits are.

He explained how one of the great things about the RMC system and the way it is set up is it allows us to push ourselves in a safe environment. As we push further and further, we begin to develop a better understanding of what all of us are really capable of.

Despite what we may think, most of us are not actually aware of how far our bodies can go, and once we’ve found these “breaking points” we can begin to train the parts of ourselves that need it the most.

He further explained that, when we’ve taken the time to train our bodies and find our limits, we begin to unlock our maximum potential. And while the actual training might be painful, it pays off in the end.

He put it in a simple analogy: “Think of it like a mountain. Everyone wants to reach the highest peak… But when you take shortcuts, you’ll only find yourself on a path that anyone could climb”

Having this sense of your limit, as well as knowing when you’ve actually hit it, can also help you become a better leader and train your subordinates more effectively.

The second key point was to take advantage of the “leadership bubble” at RMC and the people you meet.

Arnold explained how important it is to take advantage of the numerous opportunities RMC has to offer.

He referred to the College as a leadership bubble in the sense that it’s designed to give us the opportunity to be a leader right from the get-go. As a First Year, we observe and slowly build ourselves up to the point where we’re given large-scale leadership positions in Fourth Year.

During all stages of this process, we’ll find ourselves networking with a variety of people; some work-related and some who will become our best friends for life.

It’s important, however, to do everything you can while you can.

These sorts of opportunities aren’t available anywhere else and even after decades of not seeing these people, you’ll find yourself talking again and be transported back to your times at RMC.

To sum it up, Arnold emphasized how important it is learn your limits, learn when other people have met theirs, and help everyone around you push past these perceived barriers while taking care of those around you.

Don’t take life too seriously and enjoy yourself- while the time until graduation may seem beyond far away, it will be gone in a blink of an eye and you’ll quickly find yourself in your respective field of work. 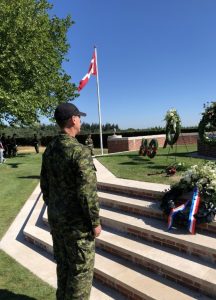 Arnold currently lives in Ottawa and works in Defence and Public Safety at Accenture, a multinational firm with over 480,000 employees. He continues to enjoy spending time with family and taking trips with a number of friends he’s been able to maintain from his time at RMC.

He even had the chance to complete the famous Nijmegen March in Holland with a number of other CAF and RCMP members, after putting in 900 kms of training of course.

During his time in the Air Force, he worked at the Aerospace Engineering Test Establishment (AETE) at CFB Cold Lake. He has a Masters in Aerospace Vehicle Design from Cranfield University in England. One of his cherished accomplishments was being a part of the C-130 Hercules Fleet Management Team.

After leaving the military, he has also assisted two tech start ups and helped them grow from a team of as little as 12 people, all the way to teams of over 200.

The key points outlined in this article can prove to even be useful in his civilian life. During this time, he’s been able to take on a number of challenges and difficult tasks, all while mentoring numerous members of his team through some of the many obstacles they’ve faced.

Thanks to his dedication and commitment to whatever task is at hand, he’s been able to help people grow and push themselves to the very limits Officer Cadets at RMC are striving to find.

If it wasn’t for his time at RMC, Arnold isn’t sure if he’d be where he is today.