First in a series: CWHQ from back in the day. 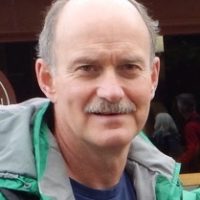 To preface my comments, I am not certain how Cadet Officer appointments are currently made, what their terms of reference are and so forth, however I understand they may be somewhat different to what was done in the years leading up to 1976/1977.  At that time, Cadet Officers at RMC held their positions for the entire final year, and they were fundamentally responsible for all aspects of the Cadets’ lives under their command.  Note this was different to Royal Roads who changed Cadet Officer appointments three times during the academic year and finished with a short “Honour Slate” for Graduation.

Clearly, there was a lot of mentorship and oversight provided by the College Staff, however, barring fundamentally flawed judgment, we were permitted to make our decisions and run the Cadet Wing.  As an aside, during my four years, I did not see or hear of anything that required the College Staff to step in.  Not saying that all decisions were great or achieved their intended purpose, but often we learn more by having to own up to and sort out our mistakes.

CWHQ Cadet Officers were housed together on the top floor of LaSalle.  It was a great group of guys, and we enjoyed a high level of camaraderie – particularly in the little lounge we created and spent many memorable moments devoted to the original Star Trek series!  Given the breadth of responsibilities, I decided to have the DCWC (Paul MacDonald) act as Chief of Staff and take direct responsibility for coordinating/overseeing all the activities of CWHQ staff and I concentrated on the Cadet Wing.  We each held separate weekly OGps – Paul with CWHQ and I with the CSLs.  Paul did a fantastic job, and I can’t remember ever having to get involved with any of those responsibilities.

As with all Classes our year had some unique situations.  The Class of 1977 (intake 1973) was the first Class to include UTPMs, however it was a very different program from what it is today.  At that time, UTPMs were only required to attend classes with us – not dissimilar to ROTP or UTPM cadets who attended a civilian university.  Therefore, they did not participate in Recruit Term, do the Recruit Obstacle Race, drill or PT classes, parades of any kind or sports (although a few of them volunteered for Varsity Rugby), if memory serves.  This is not an indictment of any kind – they hadn’t “signed up” for the “ROTP” program, we didn’t begrudge them their autonomy, we were happy to have them in classes with us, and they became very good friends, some of whom still attend our reunions.

Also, we were one of the two “Centennial Classes”.  Although the major focus of the Centennial was the 1976 Graduation and presentation of the Queen’s Colour on Parliament Hill, the fall of 1976 was an equally busy time with the Centennial Ex-Cadet Weekend including the unveiling of “Bruce” and the laying up of the old Queen’s Colour.

The Class of 1977 was also the last year that held their Cadet Officer appointments for the entire year.

The following is a more in depth look at my personal experiences as CWC vis a vis interaction with the College Staff.

The Commandant was BGen W.W. Turner, the DCdts was LCol C.Riley and the ADCdts was initially Capt Bob Millar who was replaced by Maj John Selkirk in January when Capt Millar was selected to attend Army Staff College in Fort Frontenac.

My terms of reference left me with very little contact with the DCdts.  My immediate superior on the College Staff was the ADCdts.  I met with him several times per week, and more frequently during periods of high activity.  I was extremely fortunate in having both these extraordinary officers as mentors.  They were extremely calm, intelligent, insightful and strong leaders.  They did not “meddle” in the running of the Cadet Wing, but were clearly very aware of everything that was going on.  During discussions with them, they treated me almost as a peer instead of the very young, naive man that I was.  Although this was not completely lost on me at the time, I couldn’t really appreciate the unique opportunities they gave me until much later in life.  Looking back on it, I am always amazed at the latitude they gave me.

My other significant contact was a weekly meeting with the Commandant, BGen Turner.  He was an extremely fine gentleman whom I admired greatly.  Given his vast experience from 35 years of experience earned on the battlefields of NW Europe and in key leadership positions, I anticipated these weekly meetings would (and should) be somewhat “one-sided”.   In fact, it was the exact opposite.  There were always a number of points of information that needed to be passed on, but these aside, he would always solicit my opinion on other matters.  I don’t recall him ever saying “do this” or “do that”.  These weekly meetings would be in his office, and he would make a point of conducting them somewhat informally around the small coffee table he had in his office.  He would always preface the meeting by asking “What’s on your plate today?”  I would give him a rundown of everything that was ongoing and what our plans were.  Most often he would not comment – whether he thought them good or bad, he would let us continue on.  Again, I’m sure he would have never permitted us to go fundamentally astray, but gave us the best gift possible, which was to learn from experience.

Although there were a number of situations where I felt my input was valued, there were two specific instances that illustrate this.

The first concerned the Cadet Officer appointments and their duration.  Having spent my first two years at Royal Roads, I supported a system whereby Cadet Officer appointments changed during the year to allow everyone in the Senior Class to gain valuable leadership experience.  Not that I didn’t enjoy being the CWC – quite the opposite – but I felt giving more cadets leadership experiences was a better system.  I broached this idea with BGen Turner in November 1976 and proposed our current slate of Cadet Officers end as of Christmas with a new slate from January to spring exams, then an Honour Slate be established for Graduation.  This represented a significant change to an RMC tradition that had existed since the College’s inception, and I could tell that BGen Turner didn’t exactly warm to the idea initially.  However, after further discussions and deliberations, he agreed that it would be best if more Cadets should benefit from these leadership opportunities and that, although he would not agree to implement this policy for our year, it was implemented for the 1977/1978 term.

The second concerned an NDHQ Directive regarding our Graduation Parade. The UTPM program at Military Colleges had evolved significantly over the four years since its inception in 1973 which saw subsequent years’ intake of UTPM cadets being more integrated into the non-academic activities of their ROTP classmates.  Late in our final year, a directive was received from NDHQ mandating the UTPM Cadets in our year would take part in all aspects of the graduation ceremonies to the same degree as their ROTP counterparts – being on parade, marching off the Square and so forth.  Given that our UTPM classmates had not participated (or extremely limited) in any of the non-academic parts of College life over their four years, both ROTP and UTPM cadets thought it was not appropriate for the UTPM cadets to participate fully in the “rites of passage” traditionally accorded only to graduating ROTP cadets. Although I felt certain that BGen Turner was very sympathetic to our concerns, it was, after all, an NDHQ Directive.  After significant discussion, I proposed that our UTPM classmates be formed up on the Parade Square during the Graduation Parade, but not participate in the marching.  Then, during the Awards Ceremony, they would be marched out front and centre and be individually presented with their Commissioning Scrolls after which they would march off the Square.  BGen Turner felt this satisfied the spirit of the Directive in that our UTPM friends were on Grad Parade, their achievements were clearly celebrated and they formally marched off the Square.

My overall views, experiences and memories of my Military College experience are difficult to articulate.  They were life-changing.  I would not part with them for the world.  The bonds of friendship formed during those years remain as strong now at they were when they were forged.  It is something that defies explanation, and can only be appreciated/understood by those who have experienced it, in which case no explanation is required.