The Wall of Honour was established in 2009 by the Class of 1963 and is now the responsiblity of the Class of 1975. It recognizes former Cadets of any of the Canadian military colleges who have had outstanding accomplishments and made contributions to Canada and the world.

Following the remarks of the family members, prior honouree H7860 LGen (Ret’d) Roméo Dallaire, addressed the crowd and reinforced the contributions of Trenblay and Beatmen. Dallaire noted that, “I was able to sustain my duty in conflict because of those before us and those that came to RMC.” As a Wall of Honour inductee himself, Dallaire understands firsthand the honour bestowed upon one who is inducted onto the Wall. 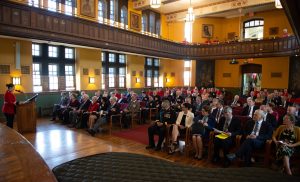 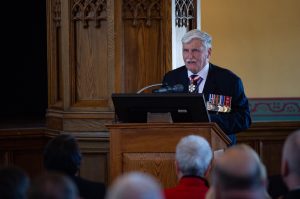 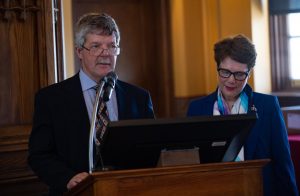 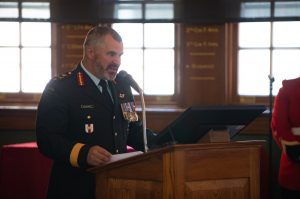 Badging Parade: A Day the Class of 2023 "Will never forget"