12535 John Fisher: A Forester Hangs Up His Spurs 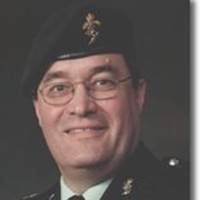 I’ve heard it said many times that the best officers are those who come from the ranks. If that is indeed the case (and I can well believe that it is true) then this past week the Canadian Army must surely have lost one of its very best. On March 2 of this year, (12535 John Fisher (photo left) finally hung up his uniform after an extraordinary career that spanned 43years of service to Canada.

John was born in March 1957 at Camp Borden. His father, Bob Fisher, was a highly respected and much loved officer in the Canadian Guards who at the time was on the staff of the Royal Canadian School of Infantry. Growing up in Barrie, John’s own military career began in his early teens as an Army Cadet. In 1974, at the age of 17, he enrolled as a Private in the Grey and Simcoe Foresters, a militia regiment to which he would eventually devote much of his adult life. Over the course of his career he rose to the rank of Major, and served both the Regiment and the Canadian Forces in a wide variety of different capacities.

I first met John on August 22, 1976, at the time both of us entered RMC as recruits in “N” Flight of 5 Squadron. Little did I realize it at the time, but the disparities in terms of our military knowledge and experience could not have been more pronounced. I was a wide-eyed, terrified recruit who was starting literally at square one in terms of acquiring military skills. John, in contrast, was a seasoned Master Corporal whose previous assignments had included a period of time instructing new recruits at CFB London. Looking back now, I realize that when John first walked through the front gates at RMC, he already knew far more about real soldiering than did most of our seniors !

As we also quickly found out, through no fault of his own, John had some special challenges to contend with which made certain aspects of his time at RMC a lot more difficult than was the case for the rest of us. This, however, did not deter him from resolutely displaying the indomitable strength of character and willingness to persevere in the face of adversity which are the defining qualities of a true Ex-Cadet. John spent his first term in 1 Section of “N” Flight, under the imitable Scotty Miller, and his section-mates turned out to be a pretty accomplished group. His roommate, 12533 Rich Cumyn, was a superbly talented athlete who played on the College hockey team, and who won the “Most Gentlemanly Boxer” award in the recruit boxing competition. Two other members of that group eventually became Cadet Wing Officers during their final year at RMC.

John himself participated enthusiastically in College activities, notably as a member of the Pistol Team under the tutelage of our Squadron Drill Instructor, WO Henry Green. Due to an unfortunate combination of circumstances, he was obliged to leave the College prematurely, at the end of his second year in 1978.Even so, this initial setback did not prevent him from subsequently going on to pursue what would become a remarkably successful academic and professional career, during which time he would graduate from Georgian College; earn degrees from Queen’s, Wilfrid Laurier, and ultimately, a Master’s degree from RMC; pursue a highly successful career not only as a soldier, but also as an engineering technologist, teacher, and Justice of the Peace; and finally, accumulate awards, medals, and honours that are too numerous to list. 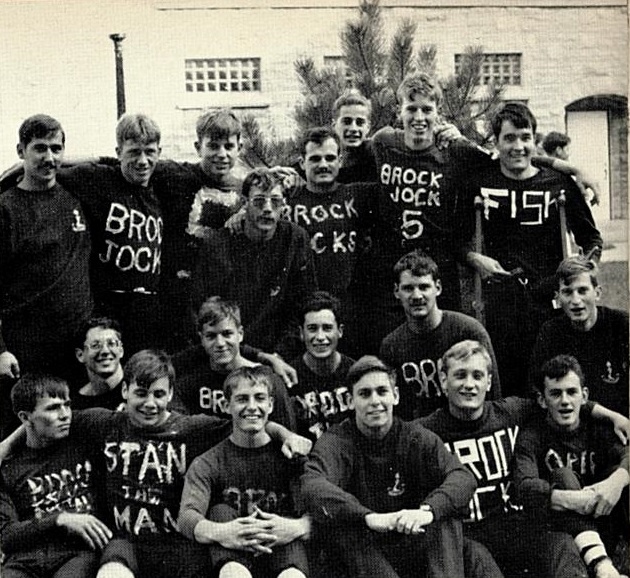 I first got to know John when we were recruits together in “N” Flight, and got to know him a lot better when we occupied adjacent rooms in “P” Flight, this time in winter 1977. Among my many memories of him, the one that stands out was a conversation we had a few weeks after we arrived at the College, which turned out to be a pivotal event in my life. By that time I was struggling with the training and feeling totally overwhelmed, and was seriously contemplating the possibility of quitting. Being much more experienced and mature than I was, John calmly and patiently talked to me about the situation, helped me to put my fears into better perspective, and strongly encouraged me to persevere. It was an act of kindness in the face of a difficult situation which I have never since forgotten, and which I still appreciate to this day, now 40 years later.

It’s difficult to find words which will be adequate to describe the kind of guy that John is. Through his exemplary record of service he’s proven himself to be s gentleman and a soldier’s soldier, an officer of the old school who takes care of the troops before he takes care of himself, and above all, a true man of honour who commands respect, because he deserves it. But more than anything else, I think all of us would agree that John is a great guy who exemplifies the very best of what it means to be an Ex-Cadet, and he’s someone that the rest of us can feel proud and privilidiged to be able to call a friend. And he will be a friend, for life.

Best wishes, John, and thank you for your service. You have served the College and your Regiment with tremendous  loyalty and dedication, and your contributions have left a lasting impact on all those who have been fortunate to know you. As you now look forward to the next stage of your life, we know you won’t be retiring, but rather that you will continue to move forward, and find some new way in which to continue to serve Canada and her people. We wish you the best of success, health, and happiness in the years that lie ahead, and we know that you’ll continue to lead the way for the rest of us as an example of what RMC stands for, and of what it means to be a true Ex-Cadet.

Mackenzie Building from the inside