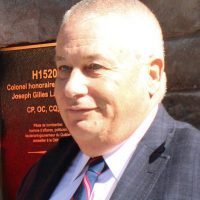 This past week, nearly 43 years after the fact, it was announced that Ottawa would finally provide compensation for the victims of a little-known incident that occurred at Valcartier in the summer of 1974. On July 30 of that year, a 14 year-old Army Cadet accidentally detonated a live grenade that had inexplicably found its way into a dummy kit that was to intended to be used for demonstration purposes. As a result, six cadets lost their lives, and over 50 were wounded. The recent announcement of compensation serves to provide some small, albeit much belated, consolation for the survivors of the tragedy, and for the families of the deceased.

Had the incident occurred today, it would undoubtedly have caused a national scandal. Forty-odd years ago, however, it went largely unnoticed; this was likely due to the fact that it was overshadowed by other events that were taking place, such as the Turkish invasion of Cyprus that left Canadian peacekeepers engulfed in a war zone, and the impending resignation of President Richard Nixon in the wake of the Watergate fiasco. Nevertheless, for those who were directly involved, the experience was a traumatic one that left many of them emotionally scarred for years afterwards. A detailed recounting of what they went through is provided in Gerry Fostaty’s 2011 book As You Were, which I reviewed for a past edition of e-Veritas.

One of the first people on the scene after the explosion occurred was a someone who will be a familiar and indeed unforgettable face to cadets who attended RMC in the late 70’s and late 80’s – the one and only late CWO Denis Fournier. In 1974 he was an MWO serving at Valcartier. Responding to an urgent call to help in the aftermath of the explosion, Fournier and his colleagues had to deal with the unenviable tasks of cleaning up the carnage, and trying to provide what comfort they could to the survivors.

Nearly 30 years later, not long before he died in 2003, Fournier recounted to me in graphic detail his memories of what he encountered on that fateful day. Out of respect for the now long-deceased RSM, the specifics of his recollections will remain a private matter between the two of us. Suffice it to say that he gave the young lads full credit for the heroic efforts they made to help their comrades in their time of dire need. Because of this, it is all the more regrettable to have to note that the impact of the tragedy itself was compounded by the callous and disgraceful manner in which those who survived the incident, most of whom were barely into their mid-teens, were treated by the DND bureaucracy of the day. The recently-announced compensation is long overdue, and hopefully will provide some small measure of comfort for those who have suffered decades of unnecessary pain and mental anguish.

For readers of e-Veritas who would like to know more about this little-known but tragic incident, Gerry Fostaty’s book is well-worth reading. Let’s hope we will never again see a repetition of this senseless catastrophe that claimed the lives of some of Canada’s best and bravest youth.

Published in 2011 by Goose Lane Press

In the summer of 1974, Gerry Fostaty was an 18 year-old Army Cadet Sergeant from the Montreal suburb of Pointe-Claire. Posted to Valcartier for the summer, his job involved helping oversee a platoon of teenagers who had been sent by various Cadet Corps across the country to attend a leadership course. Fostaty’s teenage charges were only a few years younger than he himself was, and when he arrived in Valcartier that year, little could he have imagined that several of them would not live to see the end of their training. In As You Were, Fostaty provides a first-hand account of an obscure incident that attracted little attention at the time, but nonetheless was one of the most tragic events that would scar the Canadian Forces during that era.

One afternoon in late July, Fostaty found himself sequestered in the platoon office, typing out a report on an errant cadet who was due to be sent him as a result of his misbehaviour. Shortly after lunch, he heard a loud noise emanating from a nearby building, where the cadets of his platoon had been attending a lecture on the proper handling of grenades. Rushing out to investigate, he came upon a gruesome sight. Somehow – to this day no one knows exactly why – a live grenade had gotten mixed up among the dummy examples that were to used in the demonstration. Thinking it was harmless, some unfortunate soul had pulled the pin, with predictable results. By the time Fostaty and his superiors arrived on the scene, six cadets lay dead and many more were wounded.

Fostaty and his colleagues tried to contain the situation as best they could, and by nightfall, things seemed to be under control. What they didn’t realize, however, is that in many ways their ordeal was just beginning. Once the smoke had cleared and the dead and wounded had been attended to, nothing further was done to provide support to the survivors. Even though the cadets on the course were teenage boys who in many cases were not even old enough to shave, they were nevertheless given a subtle but very clear message to suck it up and get on with business as usual, as though nothing had happened.

Shortly thereafter, as the DND bureaucracy shifted into butt-covering overdrive, things started to get even worse for Fostaty and his comrades. Convinced that the incident had to be the result of some form of malfeasance, the higher-ups began desperately searching for a pair of shoulders upon which to lay the blame. Fostaty recounts how he and a number his fellow cadet NCO’s were marched one-by-one before a hastily convened board of inquiry that subjected them to a grilling that would be worthy of the Spanish Inquisition. Incredibly, no one was ever eventually charged under the NDA, and to this day, no one has ever been able to conclusively explain how the incident happened. But once the summer was over, the matter was quietly hushed up, and the surviving cadets were returned home, in a great many cases traumatized for life by what they had experienced.

The one hero that must undoubtedly emerge from this tragic saga is Sergeant Charles Gutta, a Regular Force NCO who served as the boys’ overall supervisor on the course. Revered by his cadets as a highly competent and inspiring leader, after the incident Gutta calmly and firmly took control of the situation, providing a much-needed anchor of stability for his charges. His exceptional courage and professionalism made a lasting impression upon Fostaty, as well as many of the other cadets who were involved. Years later, Gutta re-emerged yet again, this time leading a tireless fight to help the survivors obtain the medical and psychological care many of them desperately needed.

Had the events described in As You Were happened today, they would have caused a national scandal that would have ignited a veritable firestorm of media attention.  In the much more cloistered world of 1974, however, that wasn’t the case, and the tragedy barely attracted a mention in the mainstream news media. One possible explanation might be the fact that the tragedy in Valcartier was sandwiched between other events that very likely overshadowed it. Ten days earlier, Greece had invaded Cyprus, and at the time of the explosion, troops of the Canadian Airborne Regiment were struggling mightily to contain the situation. Ten days later, on August 9 of that year, Canadian military transport Buffalo 461 was shot down by Syrian missiles, resulting in the deaths of all nine CF members who were aboard.

In any case, we may now give thanks that the ordeal Fostaty describes in As You Were has at last been acknowledged. A recently released report from the DND Ombudsman recommends that the survivors of the incident be assessed for their physical and psychological injuries, and receive appropriate compensation.  It’s small consolation for the decades that many of them have spent suffering in silence, but nevertheless an important victory for justice.

As You Were is one of those rare books that manages to be disturbing and compelling, both at the same time. It’s a book that will be appreciated by anyone who served during the difficult and often directionless years of the mid-1970’s, and one that should be required reading for anyone who aspires to become a future leader of Canadian soldiers.