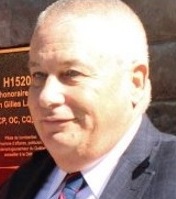 In the spring of 1942, following the American surrender at Bataan, a massive train of 80,000 U.S. and Filipino prisoners of war embarked upon a trek that would infamously become known as the “Bataan Death March”. Driven mercilessly by their Japanese captors, and provided with almost nothing to eat or drink, it is estimated that only about 55,000 of the prisoners reached their eventual destination, Camp O’Donnell, where many more would die over the next three years. Following the Allied victory in 1945, the Japanese commander who ordered the Death March, General Masahuru Homma, was charged with multiple war crimes. He was sentenced to death and executed on April 3, 1946, almost exactly four years to the day when the unfortunate POWs first set off from Bataan.

A little-known piece of military history from the distant past is the fact that 100 years before the Bataan Death March took place, a similar debacle unfolded in the wilds of Afghanistan. At the beginning of January 1842, following an ill-fated attempt to occupy and subjugate the country, a column of 4.500 soldiers and 13,000 camp followers left Kabul. Their destination was the British garrison of Jalalabad, less than 100 miles distant. As a consequence of ineffective leadership, poor organization, brutally cold weather, and repeated attacks by Afghan tribesmen, virtually all those who departed Kabul quickly perished. In The Lady of Kabul, retired British Army Major General Mike Scott tells the story of this tragic episode, and recounts the courage and resourcefulness of the heroine who emerged from it, Lady Florentia Sale.

In the twenty years that followed the end of the Napoleonic Wars, control of Afghanistan was the subject of prolonged diplomatic and military jousting between Russia and Great Britain. Neither power was especially interested in Afghanistan itself, which at the time was a savage and inhospitable land divided by religious hatreds and tribal rivalries. The real prize was the riches of India, which at the time were firmly under the control of the British East India Company. For the Russians, Afghanistan was the route through which they might launch a potential invasion of India; for the British, it served as the buffer which they could use to defend against a potential Russian incursion.

Matters came to a head in late 1838, when Lord Auckland, the Governor General of India, made the fateful decision to bring the Afghans to heel by force of arms. In January 1839, an invading British force crossed the border, and by the summer of that year, they were firmly ensconced in Kabul. Initially, the new regime seemed to encounter comparatively little resistance, and for a period of time the occupiers enjoyed a relatively benign existence in their new surroundings.

As time went by, however, tensions escalated rapidly, and as 1841 unfolded, the garrison in Kabul came under frequent and increasingly severe attacks by the Afghans. By Christmas of that year, the situation had deteriorated to a point where it was clearly untenable. On the first day of January 1842 the British commander, Major General Sir William Elphinstone, negotiated an agreement with the Afghan warlord Akbar Khan to provide the remaining members of the garrison with safe passage out of the country. A few days later, Elphinstone’s expedition marched out of Kabul. Their goal was to reach the safety of Jalalabad; what they did not realize was that they were embarking on a journey that would quickly lead virtually all of them to their deaths.

The evacuation itself started out as a disorganized shambles that quickly became increasingly worse as the days went by. It soon became apparent that the Akbar Khan had no intention of honouring his word, and within the space of less than a week, a combination of the harsh winter weather, lack of food and clothing, and persistent harassment by hostile Afghans had reduced the retreating British Army to almost nothing. Elphinstone himself was taken prisoner by the Khan and died in captivity a few months later; he now lies buried in an unmarked grave somewhere in Afghanistan.

Throughout the course of this disaster, a tower of strength for the British cause was Lady Florentia Sale. In her early 50’s at the time, she was the wife of Robert Sale, a career officer who had commanded a brigade that was part of the original invading force. She has joined him in Kabul after the British were took control, and subsequently departed the city once the evacuation of January 1842 had begun. Along with approximately 100 other refugees she was taken prisoner by the Afghans, and would remain in their custody until the early autumn of 1842.

In an era where women were almost universally regarded by contemporary British society as being the “weaker sex”, throughout the ordeal Florentia distinguished herself with remarkable coolness and composure, and refused to allow herself to be intimidated by her Afghan captors. Despite the many privations she and the other hostages were forced to endure, Florentia labored tirelessly to care for a group of other women who were the wives of British officers and soldiers. Unknown to the Afghans, she kept a secret diary of her experiences, recording in detail both the many events that had transpired as well as the numerous hardships that a fortunate few had managed to survive. A year after she was finally liberated, the diary was published in England as a book, where it was received with both shock and at the same time, critical acclaim.

Reading Scott’s book, one might well ask why anyone should care about this tragic but now largely-forgotten saga. The answer might be that, much as is the case with many other spectacular failures, the story of the British invasion of and subsequent retreat from Kabul offers some valuable lessons that modern-day leaders would be well-advised to take heed of.

In the first place, the decision by Lord Auckland to invade Afghanistan was, in retrospect, a strategic error of monumental proportions. Scott points out that access to India via Afghanistan could only be gained by navigating four treacherous passages, all of which were tightly controlled by local tribesmen intent on exacting tributes from would-be travellers. Had the British elected to seal off these passages by constructing heavily defended forts on their side of the Indian border, they would almost certainly have been easily capable of fending off any potential invasion by the Russians.

For reasons that will never be known, Auckland evidently chose to reject this option, and decided instead to assert control over Afghanistan by launching a full-scale invasion, with disastrous eventual results. Reportedly, when he was first informed of the outcome of the evacuation, Auckland suffered what appeared to be a stroke. He soon thereafter relinquished his position as Governor General of India and returned to England, where he passed away in obscurity a few years later.

Another key lesson that emerges from this story relates to the importance of choosing wisely when selecting leaders for difficult and potential dangerous missions, especially where senior appointments are concerned. As Scott recounts in his book, the British were fortunate to have on their side a number of able and courageous younger officers, many of who showed themselves to be eminently capable of rising to the occasion when the circumstances demanded it. A noteworthy example in this regard was Florentia’s son-in-law Lieutenant John Sturt, who performed his duties with great vigor and devotion until he suffered the misfortune of a serious wound, which eventually proved to be fatal.

The senior commanders on the mission, however, proved to an entirely different matter. Many were aging relics whose best days were long behind them, and who as time went by proved to be clearly incapable of dealing with the many challenges that were thrown at the British. Perhaps not surprisingly, as the level of ineptitude became increasingly apparent, morale plummeted and discipline effectively collapsed, thus ending any possible hope that the retreat to Jalalabad might be successful.

A case in point was Major General Sir William Elphinstone, the British commander who struck the bargain with Akbar Khan and immediately thereafter presided over the retreat. As a young regimental commander at Waterloo three decades earlier, Elphinstone had performed splendidly, earning an appointment as a Commander of the Order of Bath for his service. But by the time he was appointed to command the garrison at Kabul in the spring of 1841, he was approaching 60, and in a precarious state of health. Timid and indecisive, he soon lost the confidence of his officers and men, and proved to be unable to command effectively in a time of crisis. Not long after the retreat commenced he allowed himself to fall into the hands of the enemy, where he soon died a few months later.

Possibly the most important lesson that may emerge from these pages may relate to the notion that one should never underestimate the conviction that soldiers, especially those who are highly skilled warriors, will bring to the defence of their native land. In the eyes of Lord Auckland and his British compatriots, the decision to invade Afghanistan was no doubt simply one more colonial excursion, a necessary if somewhat distasteful police action which had to be taken in order to support the protection of Britain’s rapidly growing global empire.

The Afghans, for their part, no doubt saw the entire affair through a completely different set of lenses. For them, the country was their homeland, and upon its defence rested their deeply-ingrained sense of religious and tribal honour. They benefited from dual advantages of an intimate knowledge of their country’s hazardous and inhospitable terrain, and centuries of experiences with the hit-and-run brand of warfare they would employ so effectively against the infidel  aggressors. To the surprise of no one with the possible exception of the senior British leadership, the Afghans were relentless and unforgiving in their persecution of the invaders, the eventual price of which was the unnecessary loss of many thousands of innocent lives.

While it is certainly true that the 1842 retreat from Kabul wasn’t Stalingrad or the Somme, it will nonetheless go down in history as being a military disaster of epic proportions. As is the case in so many other situations, perhaps the saddest part of this story is that it is a tragedy which might well have been prevented. The author, who himself commanded Britain’s famed Scots Guards in the Falklands War, does a masterful job both of recounting this complex story, and also examining the reasons for its failure.

Today, Afghanistan has become a place that is now familiar to the many Canadian soldiers who have served there. Nearly two hundred years after the events which it describes, The Lady of Kabul takes us back to a different time in the history of this strange and savage land. This is a book that highly recommended for anyone with an interest in the history of that country, or a desire to learn more about great military failures, and the lessons that can be taken away from them.

ANTISOCIAL MEDIA - The Risk of Relying on Social Media to Communicate