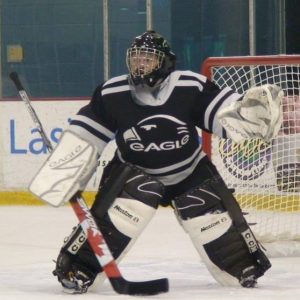 For 13139 Mitch Macleod (RMC 1981), life in uniform didn’t always go as he’d planned. “I became interested in a MilCol education after a visit to the US Air Force Academy at Easter time 1975,” he recalled, “and I wanted to get into the reserve during my last year of high school which my parents forbid. So I got my father to sign the papers to apply for RMC when I was only 17. It seemed the only way I was going to combine getting into the military with a university education which my parents were adamant I was to obtain.”

He entered RMC in 1977 after graduating from L’Amoreaux Collegiate Institute in Scarborough, Ontario. As Mitch remembers, the next four years were not easy ones. “I had two main challenges. One was severe bullying by a select few members of my own class, which combined with the usual First Year BS left me very drained by Christmas. I failed Physics that term as a result and had to write a Sup. Things did get better in Second Year as I think they figured out I was not going to quit,” the Toronto native explained. “More trying was the fact that I was recruited into the Navy despite having only put it as a third choice because I was required to have a third choice.”

“I made it clear from the get go I was not going to be a navy officer, which alienated me from the two Sqn Comd’s in my first three years given they were both MARS (especially given my multiple requests for reclassification).” As Mitch recalled, the trouble didn’t end following grad. “I graduated as a MARS officer and was told that I would have to do well on that summer’s training if I was to be considered for reclassification. I got a B on a difficult course even for those who wanted to be there, and was even told I was showing ‘great aptitude’ for the Navy! Six months after grad I finally got a reclassification to my chosen field, Logistics, and lost an equal amount of my seniority through no real fault of my own. It made no sense to me at the time and still does not forty plus years later.”

That being said, not all his memories are bad ones. “Spending three of four years in the Frigate was actually a highlight, despite having to run every time I touched that infernal Parade Square in First Year,” Mitch remembered. I also made two lifelong friends, one of whom has sadly passed on.” His MilCol experience also left him with valuable lessons on leadership. “My first two naval Squadron Commanders in the Frigate epitomized what I did not want to be as a CF officer. In contrast, the Director of Cadets, 4154 (then) LCol JA Annand, always struck me as being very tough but fair. I was very upset to learn he had passed away in the summer of 1989 when I happened to pick up a stray copy of the Globe and Mail someone had discarded at the Vancouver International Airport. He probably had grounds for releasing me after a less than lackluster First Year but he must have seen something there.”

When Mitch was reclassified Logistics in November 1981, he was posted to 3 PPCLI. “11921 Lt(N) Roger MacIsaac, a Frigate grad from my first year, was in the Pay Office where I was sent to work by the hold Division of the Naval Officers Training. I made it quite clear to him that I wanted nothing to do with the Navy. A phone call was made and in early December I was posted to Third Battalion PPCLI, which was then collocated in Esquimalt.” Finally in his chosen classification, Mitch had a busy next few years. In between Logistics Courses he stayed with 3 PPCLI until March 1983 when he was posted to 2 Service Battalion in Petawawa as a Platoon Commander in Supply Company. “I went on a jump course in early 1985,” he said, “and was posted to Airborne Service Commando in 1985 as the Regimental Quartermaster of the Canadian Airborne Regiment, which deployed to Cyprus in 1986-87. I requested a posting out of the Field in 1987 when I was due to leave the Regiment, as I wished to broaden my supply chain expertise, and was posted to NDHQ in Hull, Quebec where I was to employed as an Initial Provisioning Officer on various minor Air Force projects plus the tail end of the CF-18 acquisition program.” 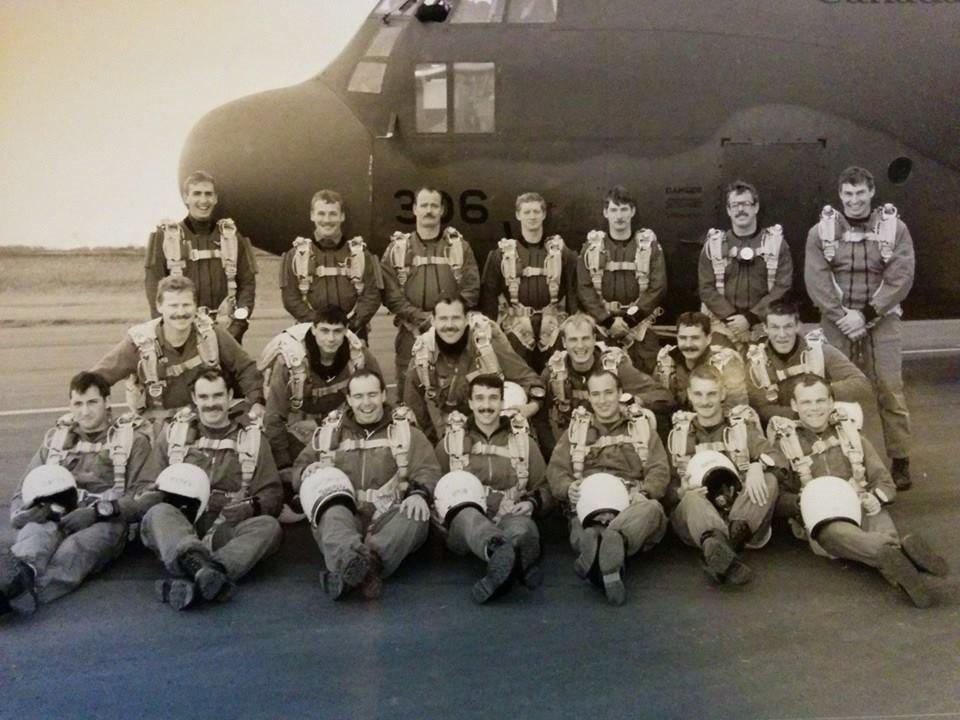 Mitch (front right) on his Military Freefall Course in 1989.

Having taken up civilian skydiving, Mitch decided to apply for an augmentee demo jumper position with the Sky Hawks for the 1989 season. “Post season this lead to a posting to the Canadian Airborne Centre as Second in Command of Aerial Delivery Training Company, training troops in heavy drop techniques,” he explained. “In 1992 against my better judgement and mainly due to Branch Politics I was returned to Ottawa where I served as a desk officer in the National Defence Logistics Control Centre, which was followed by a stint on the Administrative Staff of what remained of Communication Command Headquarters . My final posting in the Regular Force was as Material Control Officer in Base Supply in Gagetown.  When I was offered a FRP for the third time in three years I decided to take my release from the Regular Force and start collecting a 20 year pension at the age of 37, having resolved to be out of the military by the age of 40 some years prior.” 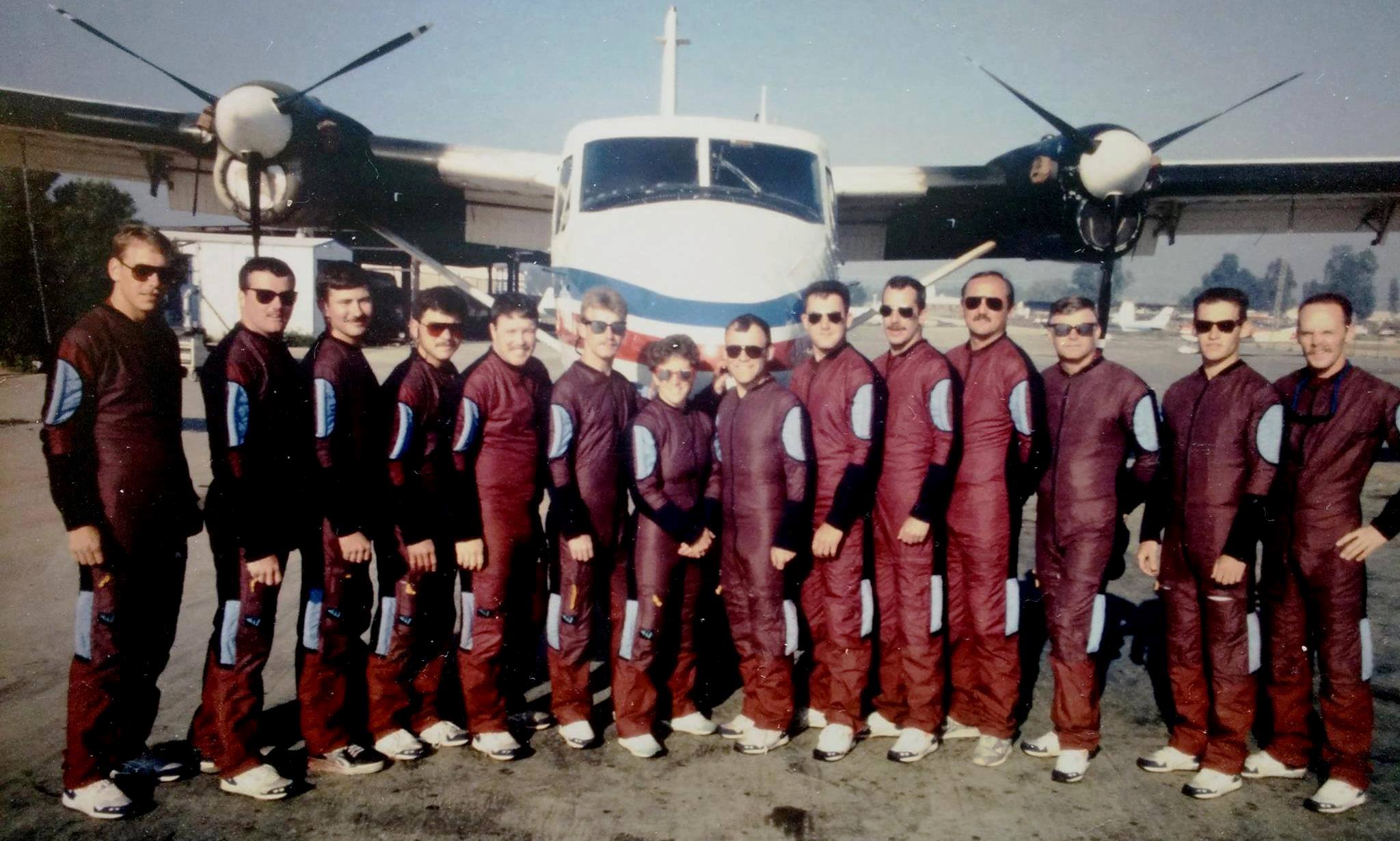 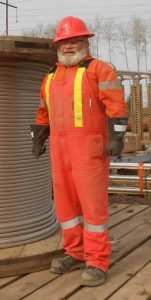 Logistics in the field with Atco Electric.

“When I got out in January 1997, I was fully retired and traveled for a year when I got back into the Army Reserve in Ottawa where I worked on and off as an Administrative Staff Officer in the G1 and G4 staff cell of 33 CBGHQ, including several periods of full-time call out. I left that to take an opportunity to serve as a contractor in Kabul, Afghanistan, for a year with CANCAP.”

Since then, Mitch Macleod has worked in a number of roles. “I moved to Alberta to work in a supply chain capacity in the Oil Patch in 2007, having grown tired with moribund job opportunities in Ontario. I lived in Fort McMurray until 2010 and in Edmonton since. Some jobs were more of a challenge than others and I have walked away from more than couple as my pension gives me a bit of flexibility,” he explained. “I deployed to Afghanistan a second time, this time to Kandahar, in 2009. Being under rocket attack repeatedly there was an experience I will not forget, nor will I ever forget the Ramp Ceremonies I attended. For the last three years I have been quite underemployed with a national company that sells, rents, and services torque tools. As I approach sixty, I will be examining my work and pension options. In the meantime this job provides me with supplemental income and something to do on a daily basis.”

Perhaps not unsurprisingly, there are more than a few highlights for Mitch from such a long and varied career. “Finally getting my reclassification out of the MARS classification in late 1981, for sure,” he said. “Attending Jump Course in 1985 and becoming a demo jumper with the Sky Hawks for the 1989 Show season, plus serving as Administrative Team Manager on the CISM Parachute Teams we sent to the Military World Championships in Slovenia in 1996 and the World Military Games in Croatia in 1999 (where I broke my arm and back jumping out of a perfectly good airplane). There was also wearing a maroon beret as an Airborne Officer for almost six years. What I remember the most, though, is feeling part of something that was much bigger than me.”

6533 Gord Forbes: An Old Sailor and His Sea Stories