13766 Konrad Mech was an RETP Cadet who graduated in 1982. He filled a number of Cadet Wing positions including: CSTO. CSL, and CWPMC. At grad, BGen 3173 John Stewart was the commandant and the DCdt was 5573 LCol Layne Larsen.

Is there a particular memory (or more) of dealing with the military leadership ? 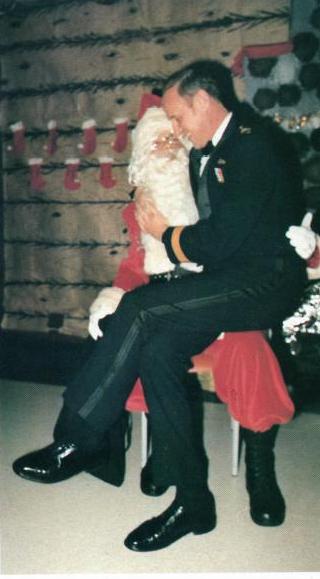 Yes.  In 3rd year I played Santa Claus and gave BGen Stewart and Col. Annand, the DCdt at that time and an honourary member of our graduating class, presents from the Wing. (Photo left of BGen Stewart refers)  Ron Stockermans and I were very close friends due to playing Rep Rugby and being 4th year Mech Eng thesis partners. 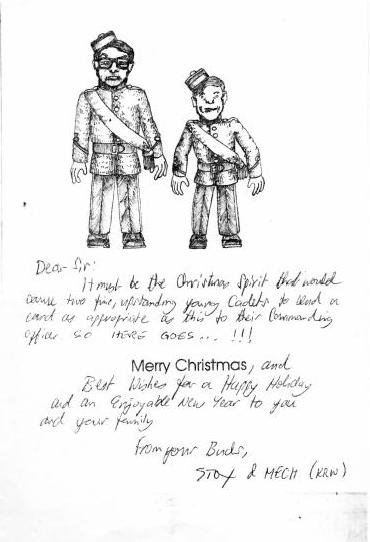 In 4th year Ron and I asked a 1st year, Chris Hand, who was an excellent cartoonist, to draw a cartoon of Ron and me in our 4’s which we gave to BGen Stewart in a Christmas Card.  He loved it and kept it on his mantle.

I also remember a lecture being given in Currie Hall.  I had a schtick – when speakers were making their formal recognition of VIPs in the audience (General X, General Y, honoured guests, lady and gentlemen cadets), I would add sotto voce – “and Konrad Mech”.  During this lecture, General Stewart followed the first speaker.  He made his recognitions, and at the end he leaned way over the podium, looked directly at me with a mischievous grin, and said “AND KONRAD MECH!”

It got a lot of laughs, and I never did it again.  In hindsight, I recognized he could have played it entirely hardball and had me do extra duties or a charge.  He was a very decent and fun loving man.

Was there a key person who provided coaching / mentorship to you? Does anything still stick out from that mentorship?

I never felt I needed mentoring because I knew what I wanted from the College.  But Capt. Lise Berthiaume was my Sqn Cdr in Mack during my 2 years at RMC and I noted how much time she spent as the mentor for the original 32 female cadets.  I believe in hindsight Capt. Berthiaume had just as challenging time as the female cadets as she was the first female Squad Comm at the College.  She was good to work with.

I was the Honour Slate CWPMC.  But the honour slates didn’t involve doing the actual work of the cadet positions – we had the parade positions for the Grad Parade.  I was fortunate that Tim Justice did any CWPMC duties as he was the 2nd slate PMC.  But my highlight was being the colour party commander on grad parade which was a great honour.  Low points?  Mistakes – I’ve had a few – but too few to mention…

Is there anything else that you would like to mention?

I went through the system as an RETP.  It drove me absolutely crazy how terrible NDHQ was at administering RETPs who wanted to serve in the Active Reserves.  I served in the active Artillery Reserves until 1994, and continued in some capacity with my last contract being in the JTFHQ for Op Grizzly during the 2002 G8 Summit in Kananaskis.  It drives me crazy that the RETP program has been discontinued.  I think its a shame and a huge mistake.

To follow from the above, my brother Capt. Andre Mech graduated from RMC in 1984 as an RETP.  It was my honour as a grad of 1982 to be the Battery Commander from 7 Toronto RCA and fire the artillery salute of honour for the Governor General of Canada Ed Schreyer during the 1984 Grad Parade.  As an RETP graduate in active reserve service.  Andre and I served together in 7Tor RCA for years.

I’m a repeat donor to the Foundation.  I have served on the board of the RMC Club of Canada Foundation and I’ve served 3 different terms as President of the RMC Club Vancouver Branch.  I’ve attended every RMC ’82 reunion since grad. 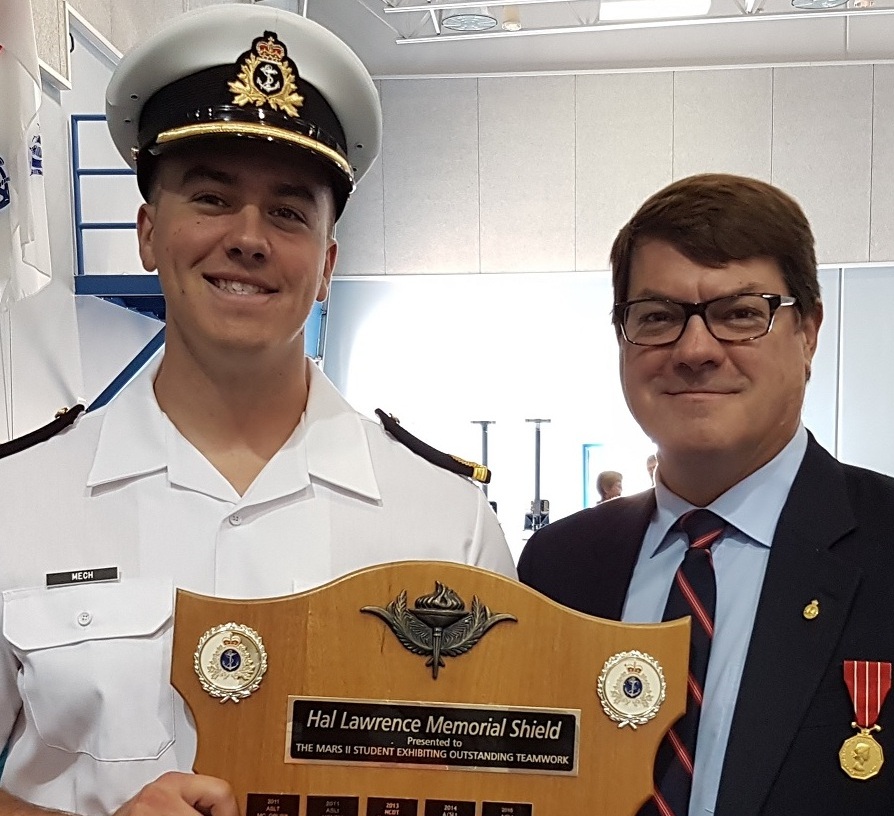 Our son Anders graduated in the Class of 2014 – as an RETP MARS officer in active reserve service with HMCS Malahat in Victoria.

I believe my deep long-term friendships with classmates and my actions speak for my overall view:  RMC is a damn fine institution.