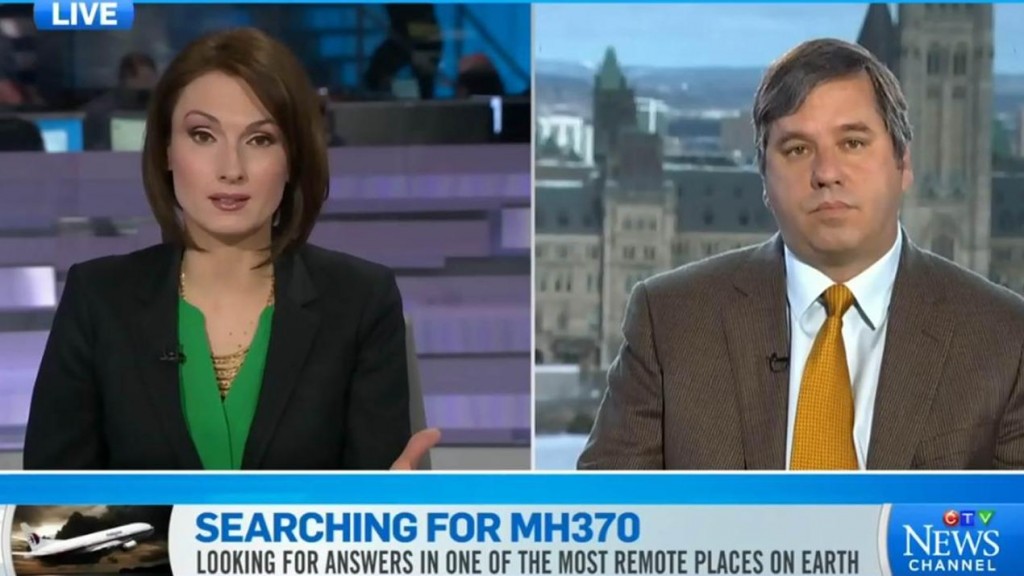 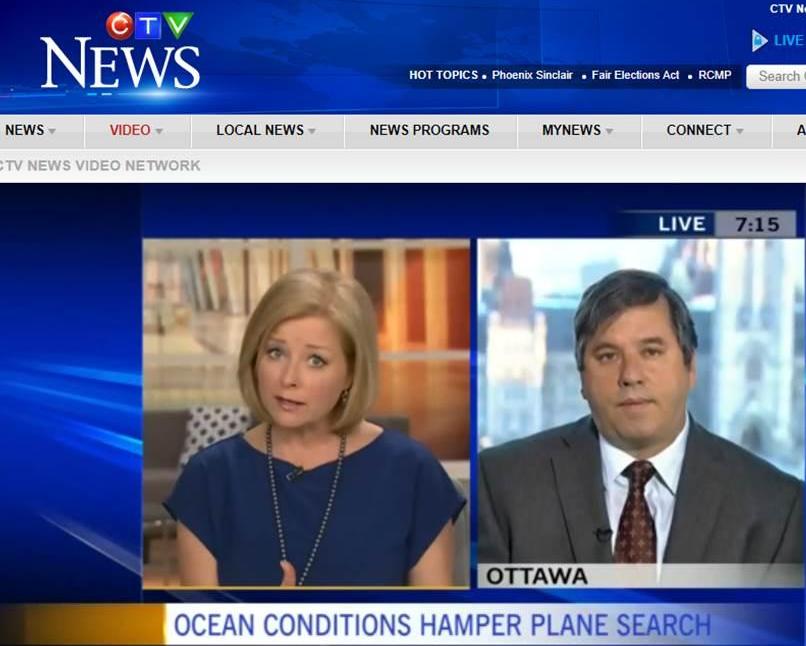 Photo Captions: “Oceanographer 15459 Martin Taillefer says the site of where the plane is must be pinned down otherwise finding the black box may be impossible” (21 March).  “The Bluefin-21 is an autonomous underwater vehicle searching for the MH370 debris field, Maritime Way’s President Martin Taillefer explains “(14 April) (Click on photos for better viewing)

On March 8th, 2014 Malaysia Airlines Flight MH370, carrying 239 people vanished and has since been assumed to have crashed into the South Indian Ocean.  A visual surface search involving numerous military aircraft and ships has searched hundreds of square miles for debris evidence of the crash but with no confirmed sightings from the flight or debris.  The search moved underwater after detections were made of the blackbox underwater pinger that was transmitting a signal beyond its 30-day activation life.  To date the underwater search performed by the torpedo-shaped autonomous underwater vehicle called a Bluefin-21 has not made any detections of a bottom debris field and a possible crash site.

Providing CTV News oceanographic, acoustic and sonar analysis of the condition and the difficulties of the search is 15459 Martin Taillefer (RRMC Class of 1987).  Martin is a graduate of the Royal Roads Physics and Oceanography program and served 20 years in the Royal Canadian Navy specialising in Underwater Warfare.  He assumed the role of the Pacific Fleet Oceanographer in 1997 until his retirement in 2001.  Since then Martin worked at General Dynamics Canada on Swedish and Canadian acoustic systems, and in 2006 was asked to joined Fisheries and Oceans Canada as a Senior Oceanography Adviser.  In 2010, Martin started a small Oceanography and Acoustics company called Maritime Way Scientific Ltd, specialising in underwater acoustic propagation modelling and oceanographic analysis.  On March 21st, Martin began commenting on the oceanography and acoustics of the potential crash region west of Australia to CTV News Channel and Canada AM.  He appeared 6 times in the course of a 4 week period.