Another in our series of tracking former Cadet Wing Headquarters personnel. This time 15996 Sylvie Leduc shares some of her experiences from 1987. 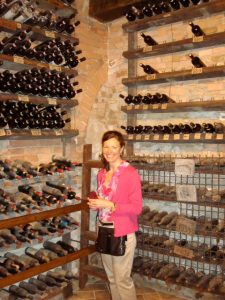 This year I get to go back to Kingston for our 30th graduation reunion!  Time flies doesn’t it?  I have very found memories of my 4 years at RMC.  Graduating in 1987, the DCdt was Commander Brown and the Commandant was BGen Niemy.

I do not have a particular memory that stands out dealing with the military leadership.  I can honestly say that I felt surrounded by officers that were fair and genuinely wished us success.  The person that stood out in my mind, is then Capt  Natynczyk, Squadron Commander of 8 Squadron.  As a first year in 4 Sqn, I remember he had a commanding presence and I observed, as everyone seemed to want to follow him.  It came as no surprise when I read in the newspapers, years later, that he had become the CDS.

RMC was the perfect platform to get out of my shell, to dare to try and practice leadership skills before heading out into real life.  In those days if you had an idea, a plan and the guts to present your plan to the military staff: the staff guided you in the right direction to see your idea brought to life.  This is what I call taking a leap of faith.  When you take a leap of faith, you can crash but you can also soar. At RMC, I learned I could soar with the support of my beloved Buds.  It is very difficult to explain to non-RMC graduates the bond we share.  The trust and friendships that are formed stand the test of time.

As CSL of 2 Sqn first semester of my fourth year, I was privileged to work with great Sqn HQ peers.  I believe our picture board (we were uniform but not in uniform) and a very memorable LaSalle Day set us apart and were the result of synergy and team work that I was especially proud to be part of.

Second semester as DCWC was an exciting time, shared with a fantastic bunch of people. Time flew by, as the race was on to finish our fourth year projects and start thinking of our future, post graduation.

The leadership skills and work ethics developed at RMC have come in handy in dealing with NGO’s, with patients and students and as a volunteer.  I’m not the only one:  I’m in total awe and admiration of all the outstanding achievements of my classmates.

Would I recommend RMC to a young person today?  You bet.  Yes, times have changed.  However, finding how to push your limits and making lifelong friends remain timeless and a gift.