Long-time Professor “Always had an Affinity” for Teaching 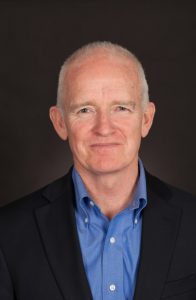 As a long-time professor of History at RMC, Dr. Doug Delaney is one person that many ex-Cadets should recognize. His accomplishments outside the classroom are also such that he has been a frequent feature in e-Veritas as well. The Montreal, QC, native recently agreed to answer a few questions about himself in order to give our readers a better idea of how he got to where he is now.

“I finished high school on the West Island of Montreal and I attended one year of CEGEP at John Abbott College in St Anne de Bellevue before heading off to Royal Roads in 1983,” Delaney recalled. He originally didn’t intend to remain in the army past his required four years, and thus planned on majoring in Economics because he “would need something practical if I hoped to find a job on the outside.” As he went on, however, “After my first summer of infantry training I was completely convinced that I could easily spend twenty years painting my face green and blowing things up. That being the path I chose, it didn’t matter what degree programme I pursued so I picked what I liked – History.” Dr. Delaney eventually earned his MA in War Studies (2000) and his PhD in War Studies (2003).

Teaching, he said, is something that has always had an affinity for. “I enjoyed training soldiers and junior officers while in the army,” he said. “It made sense that I would also enjoy teaching Cadets, probably even more so because I see a lot of myself in them. Truth be told, though,” he joked,” they’re all better at the Cadet thing than I ever was!”

“I have to educate the Cadets,” he said, “which is to say that I have to make them better thinkers. I want them to ‘think big’ about war, to see more than just the tactical movements on the battlefield. I want them to understand, and question, all elements of national power – diplomacy, military power, economic power, manpower, industry, intellectual capacity, and national will.” At the same time, Dr. Delaney seeks to impart a little wisdom for life as well. “I want them to know that life on the outside is not going to be nearly as forgiving as life here at the College. I never grant extensions for assignments, for example, because, as I tell the Cadets, ‘No one in your first battalion is going to care why you weren’t in the attack position at H-Hour; they’ll only notice that you weren’t there. Get used to making H-Hour.’ I think this approach helps them become a bit more responsible and efficient – before they get to their battalions, squadrons, ships, and regiments.”

Dr. Delaney remains quite busy outside the classroom as well. “My main area of research,” he explained, “is the armies of the British Empire and Commonwealth during the twentieth century. My latest book, The Imperial Army Project: Britain and the Land Forces of the Dominions and India, 1902-1945 (Oxford University Press, 2017), looks at the armies of the British Commonwealth and how they worked together during the era of the two World Wars.” Publication of this book was the highlight of a difficult year for Dr. Delaney personally. “We’ve had a serious illness in the family,” he explained, “but publication of that book was definitely a highlight. I’d been working on it for six years and I’m happy with the final product.”

With the fall semester now well underway, it’s worth point out that Dr. Delaney had a busy summer as well. “This summer I finished the final edits on a volume that I co-edited and co-authored with Dr. Rob Engen and Dr. Meghan Fitzpatrick, Military Education and the British Empire, 1815-1949 (University of British Columbia Press (2018), which just came out last month,” he explained. “I also wrote two chapters for colleagues who are assembling their own volumes–one on the Canadian Army in 1919 for Jack Granatstein and Tim Cook’s collection  on Canada in 1919, and another on the Canadian Joint Staff Mission in Washington (1942-1945) for Greg Kennedy at King’s College London, who is putting together a volume on defence engagement military attachés.  I also ran a graduate-level reading course on the Second World War for two ex-Cadets and former students.”

Overall, Dr. Delaney said, he has enjoyed coming back to RMC as a professor. “I enjoy the Cadets and I have outstanding colleagues.” Furthermore, “I’ve never done anything more than guest lecture at civilian universities so I don’t really know what it would be like to each there, day in and day out. I’m completely comfortable with the RMC environment though. I grew up in it.”