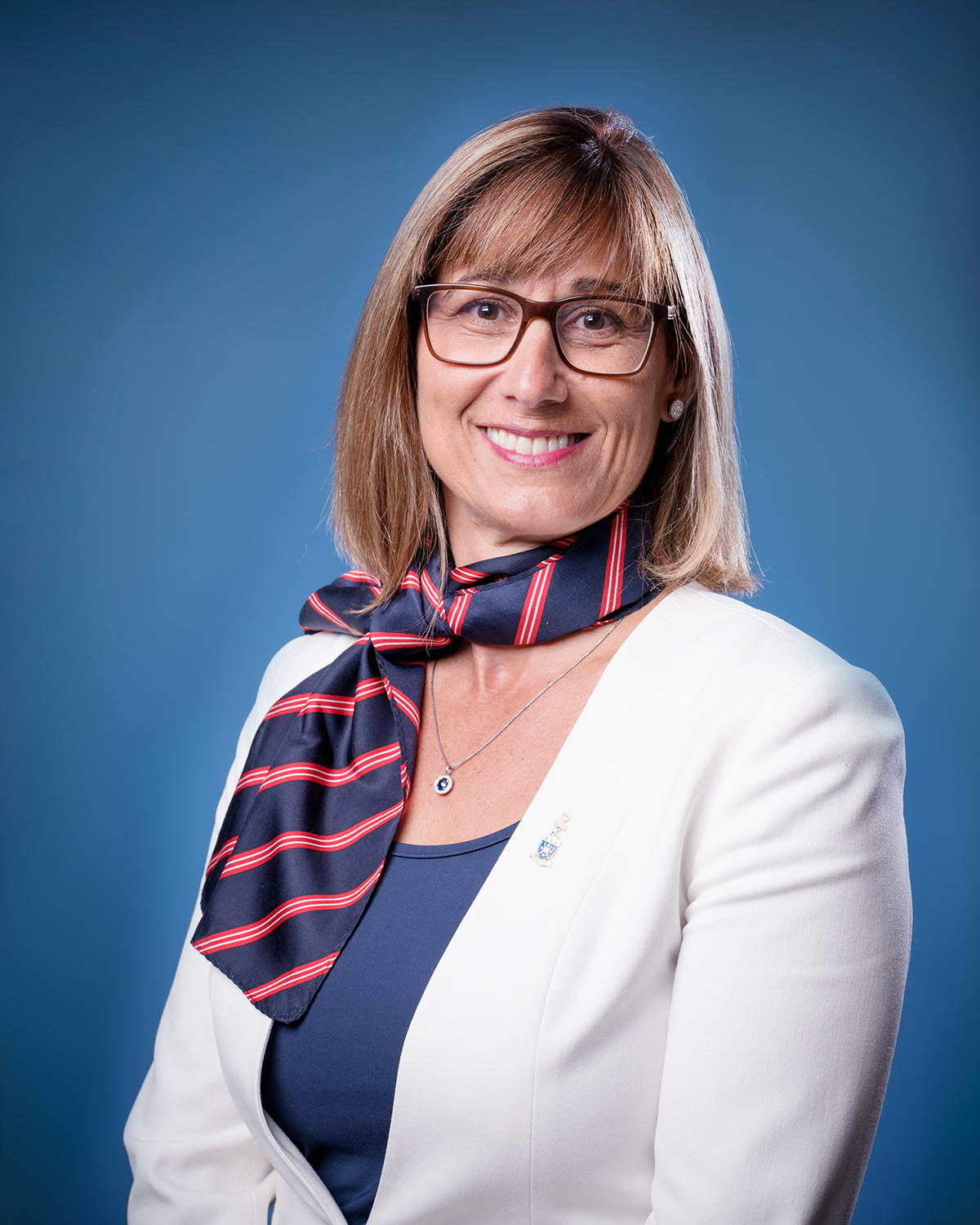 16286 Carolyn Hug (CMR 1989) found that she could get everything she needed from military college. “I knew that getting a degree was a must,” she joked, “and I also wanted exciting challenges. Both could be done by going to military college.” The Otterburn Park native conceived of the idea while choosing her courses in sec IV. As she recollected, “I knew I had to have all the sciences and strong math if I hoped to be considered for the ROTP program.” She was accepted and entered CMR in 1983.

Like many other Ex-Cadets, she looks back fondly on the friendships she built during her time in the military college system. “I remember the great parties that were organized at the College. There were murals made to decorate the drill hall and we had DJ music by fellow Cadets,” she recalled. “Recruit camp was also one of my best memories,” she added. “I enjoyed the daily activity and the team that came from it. We laughed a lot during evening spit parties, too. Dunkin donuts and shining boots!” Her biggest challenge was academics; physical fitness, in contrast, was the best part of her day. “The PERI staff left a lifelong impression on me,” she said, “as did the professors who helped me get through my weakest pillar.”

Following graduation in 1989, Carolyn Hug served as a Military Police Officer until she retired in 1995 under the Force Reduction Plan. She was posted to the 5e Peloton de Police militaire in Valcartier from where she was deployed for the Oka Crisis in 1990. She was also posted to SSO Secur at FMCHQ in 1991.

The Oka Crisis was perhaps the most memorable moment of her career. As she remembers, “I had just arrived to the platoon in 1990 and the Brigade was tasked out by the Quebec government. We were putting into action what we had trained for just a few weeks earlier in Gagetown while at the same time coordinating with provincial and local police forces. That was a rush! There was also lots of quick learning as a newly arrived member of the unit.” She went on, “I was fortunate to have been exposed to this so quickly and to work with a good team of MPs.”

Since she left the military, Carolyn Hug hasn’t slowed down any. “When I left in 1995,” she said, “I became a full-time mom during which time I was very active in my community as a volunteer. I was also a translator for an adjustor’s firm during the Ice Storm in 1997.” As she went on, “I then went back to school and studied floristry and interior decorating and created my own little business. As of September 2017 I have been employed as the liaison officer at CMR St-Jean and I am very proud to inform the new generation about our military college system!”

Her experience and current position allow her to see the current iteration of the military college system from the inside. With regards to recent events, she said, “I am concerned how some have chosen to take their lives and somehow we missed it. I hope that we don’t get bogged down with bureaucracy to bring in what is needed to help everyone meet and understand the challenges that our military colleges represent.” Still, she sees much at the colleges in a positive light. “It has evolved,” she said, “but it has managed to create similar memories for the generations that have followed mine.”

The Value of an Arts Education at RMC