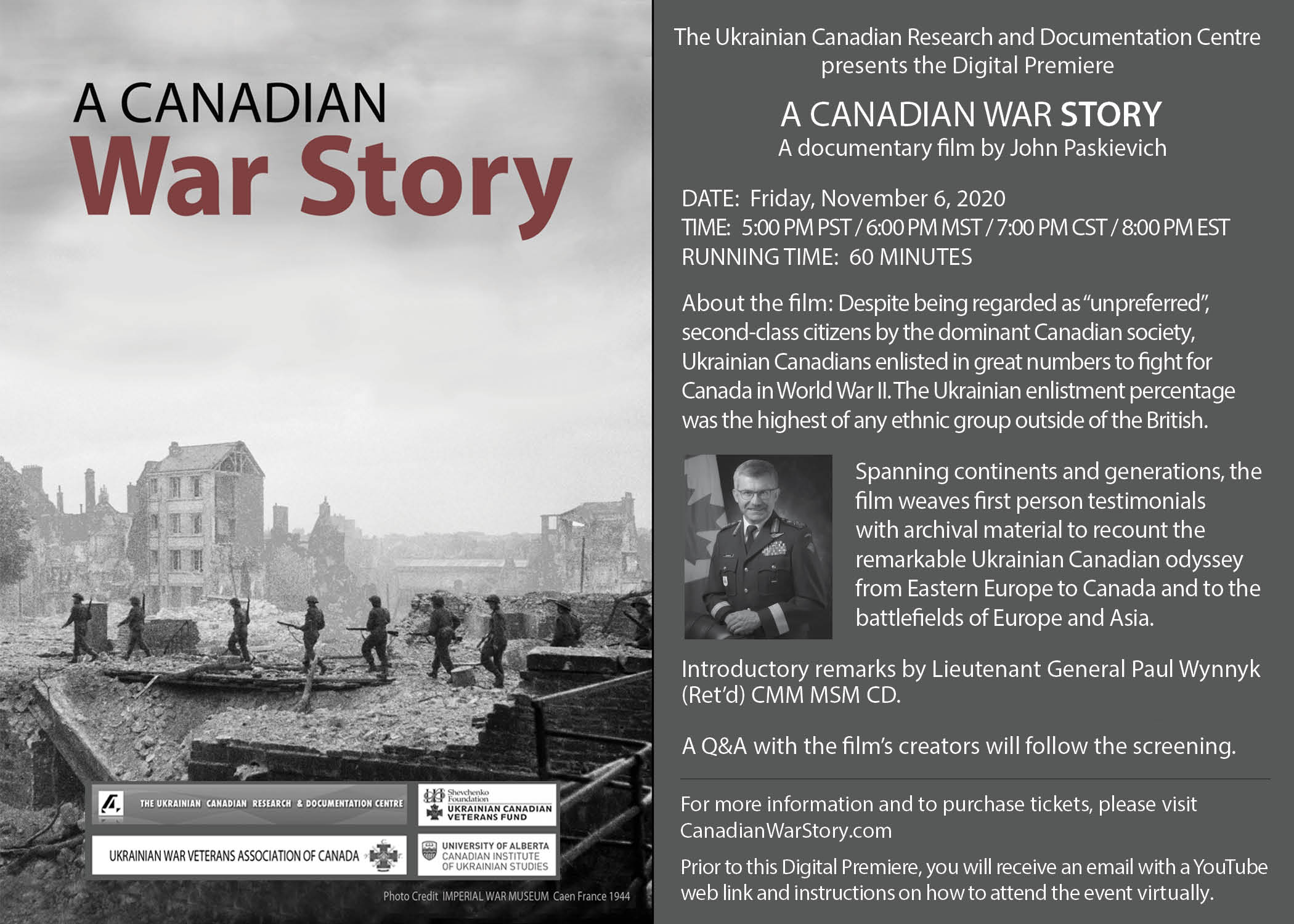 My name is Andre Sochaniwsky (Class of 89 RRMC/RMC). My film project team, consisting of professional researchers and documentary film makers has recently completed a documentary that chronicles the extraordinary contributions of Ukrainian Canadians to Canada’s World War II war effort. Over 40,000 Canadians of Ukrainian descent served in the Canadian military to fight for Canada against Nazi, Fascist and Imperial Japanese tyrannies. The film is entitled “A Canadian War Story” and was directed by award-winning Canadian Director John Paskievich.

The film is based on first person testimonials of Ukrainian Canadian soldiers and chronicles their experiences in service to Canada in World War II. Spanning continents and generations, the film recounts the remarkable Ukrainian Canadian coming of age journey from Eastern Europe to Canada and to the battlefields of Europe and Asia. I have provided the link to the trailer on You Tube (https://youtu.be/W1QhNc-R_do) and the film web site (www.canadianwarstory.com) .

The Digital Premiere for the film will be taking place on Friday 6 Nov 2020. The film will be introduced by Lieutenant General Paul Wynnyk (Ret’d) CMM MSM CD, former Vice Chief of the Defence Staff and Commander of the Canadian Army, and himself from the class of 1988 (RRMC/RMC).