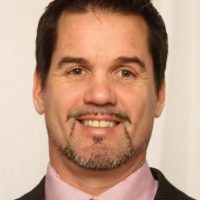 When you begin this new term, be the change that you seek. Outward evidence of change begins only after the inward reflection manifests within you. Much like my previous advice on preparing for finals, see yourself where you want to be rather than where you are. Each step, no matter how tiny, matters!

As Desmond Tutu said, “the only way to consume an elephant is one bite at a time”. There are no shortcuts with the proverbial RMC elephant. If you fear or ignore the elephant, it may consume you.

RMC is hard-wired to promote collaboration and so are you. So make those important connections with your professors, staff and fellow cadets with a fresh perspective. Use that informed group to “enhance your critical thinking and take action”, as the Dalai Lama wisely advised, and the world around you will change for the better.

You have within you, the ability to be the leader of your own story. Let me explain also that “how” you tell your story is as important as “what” you tell. Over the Holidays, I was reunited with a very good friend from CMR, whom I had not seen for 12 years. As we recounted our stories about MilCol, I discovered our experiences were vastly different, despite us both occupying the same time and space. Again it was a matter of perspective. Do you want your experience at RMC to be an anchor (apologies to my Navy buddies) or rocket fuel? Guess what perspective 8276 Marc Garneau and 13738 Chris Hadfield adopted?

So consider now how you want your RMC story to be told in the future. If it is a positive experience you seek, then be positive, show gratitude and accept that you have more of the RMC elephant consumed today than you did last term. So make every page of your story count because unlike exams, you are not permitted a re-write.