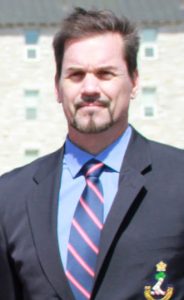 Perhaps it is wired into human DNA to recognize that personal punishment is a means of deterrence in civil society and the threat of consequences is measured against any perceived reward. For the balanced individual, thankfully a contributor to the good in society, there really is no effort for him/her to evaluate risk and reward. For the majority of us citizens, we remain on the civilly obedient side of the law.

When unrest within is expressed outwardly in conflict, prevention becomes a broken gate to a new path resulting in a serious escalation in personal risk with often dire consequences. War may ensue and civil society may be obligated to intervene. Often it is Canada’s soldiers that answer the call in an effort to restore order. Our history as Peacekeepers rather than peacemakers has garnered us universal respect in many conflict regions. Part of our reputation is rooted in our general perception of fairness, of not picking sides and focusing on measures and tactics to de-escalate. As arguably the most ill-equipped of the G8, we inspire respect by doing what is right rather than subjugating through might.

In asymmetrical warfare, the escalation from prevention to requiring intervention is often obscured because the conflict may remain within the individual rather than expressed outwardly for analysts to see as in conventional warfare. Consequently, we as a society react to the consequences of the “act”, in an effort to reduce or eliminate further harm to society. The lone-wolf paradigm means conventional preparedness is obsolete and peace-keeping not quite pre-emptive enough.

This new reality in warfare is as significant as trench warfare became during the Civil War. All of us are potentially vulnerable and in the open against an entrenched, highly motivated and concealed enemy. If the supreme art of war, as Sun Tzu describes, is to subdue the enemy without a fight, how do you fight inside the mind of an enemy?

As a free and democratic society, we are forced to acknowledge we may have to sacrifice our privacy in an effort to prevent, intervene rather than having to react to the carnage of an unbalanced mind. This relinquishment of personal freedom creates for many a slippery slope toward a police state. Or we demand our individualism remain, perhaps at the risk of our safety. We are fortunate to live in a country where our children can board their school bus and not worry about it being commandeered or worse. There are many nations in this world that cannot make such a claim and hence their fear drives them to accept fewer freedoms.

Perhaps the answer eludes us because at the most basic level of any conflict is the presence of disillusionment. The mind has to believe it is subject to egregious treatment, harm or fear to force it to re-scale its risk-reward assessment in favor of destruction. Disillusionment can take on the persona of pathogen equally capable of wiping out innocents with the same efficiency as a pandemic. Hope in this case is replaced with hate and sadly this emotion to seems a part of our DNA.

21407 Jen Causey: How honest is the employment landscape?