“We called it bowling for bars.”

For 19330 Michael Della Fortuna (RMC 1994), his biggest challenge while at military college was always trying to do more. “I had to work hard at the Four Pillars and my biggest challenge was feeling a compulsion to keep doing more, learning more, achieving more, and getting to the next level.” It’s now an embedded trait that has followed him throughout his career.

Michael always had an excitement for the military college and its passion for excellence. “I’m not sure how I came to learn about RMC, my first memory is the Scarlets. I attended an RMC tour in Grade 10 and the campus and Cadets as well as the facilities left an impression on me,” he explained. “I wanted to attend and worked through high school, checking off the boxes I needed to be accepted. I remember when I found out I was accepted, I was in the middle of an exam when the office secretary interrupted and said I have a call from the military. I ran down to take the call and found out I was accepted, then returned to finish the exam. I will never forget that day.”

Like many ex-Cadets he has fond memories of his time at RMC. When asked about them, he replied, “The ‘work hard play hard’ mentality meant there are too many to remember, getting together with classmate always seems to unlock a bunch we have forgotten and that is always enjoyable.” If he had to pick a few: “I hate to say ‘when I was a rook’ but being the ‘last class to double the Square’ has to be a memory (though perhaps not a favourite). As First Years we had to double across the Square whenever we had to cross it to go to class. In the winter it could get rather slippery and Cadets would often fall. We used this as an excuse to target barmen that made our lives ‘especially difficult’. We would be sure to run as fast as possible losing control in their general vicinity and colliding with them. From First Year, ‘bowling for bars’ definitely makes the list.”

“There was also ‘pennying’ CSTO 19035 John Klatt’s door closed so that he would be late running defaulters parade and we could get away without morning drill.  John hated being late and he took his position seriously; if I recall he climbed out the second story window of La Salle to get to defaulters.”

As the Toronto, Ontario, native explained, he has fond memories of several staff and faculty as well. “Father Marcoux was always welcoming. He understood what was truly important and really taught me not to sweat the small stuff. That if you do what’s right but end up with a defaulters take solace in that you did the right thing. And Roger Wright, head of Engineering Management, was pragmatic, a skill/talent that has served me well.”

Following graduation, Michael’s active military career ended up being shorter than he had planned or wanted.  A posting to Ottawa coincided with changes to his MOC (AERE) that were brought about by the new government.  As he explained, “In the 90’s the Liberal government was elected on the platform to cancel a helicopter program, and when it was cancelled it left several military occupations without a real career path. The Forces offered voluntary release for Officers in certain classifications.  On the third round of the FRP, after some strong consideration, I took it.”

“I never wanted to leave early, it really all came down to a simple question – will I be more valuable on civi street now or, will the experience I gain (between now and the next exit window) serve me better at that point in time – in the then current climate the answer was evident for me.”

Despite that setback, Michael looks back on his time in the military with pride. “Whether in Cold Lake, Bagotville, Trenton, or NDHQ, being mentored and supported by the ex-Cadets that were ahead of me at the College and now a rank or two above me was always memorable,” he said. “There were several times when I was able to work on projects outside my office due to ex-Cadets that knew me from the College and knew what I was about and I will always be grateful for the opportunity. I also loved being on the flight line and filling a back seat in the CF-18. As a young Lt that was always a huge plus.” 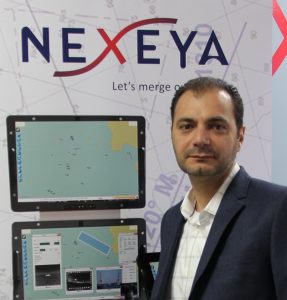 Even in the civilian career he’s had, the military has been difficult to leave behind entirely. “When I left the military, I took a project management position in the automotive industry and then got right back into aviation with Spar Aerospace.  From that point on I was able to get into manager, director and vice-president positions with General Electric, L-3 Communications, Husky Injection Molding and Mircom Group of Companies.  Currently I’m CEO of Nexeya Canada,” he said. “I’ve had a lot of memorable moments and have been very fortunate in my career.  I’ve been able to travel the globe, meet some great people, launch some very interesting programs and learn a lot.  As in the military I was able to pull information and experiences from one area, posting or job and bring it with me into just about any situation. I like to think that the mentorship that I had the privilege to get I’ve been able to provide. If I try and think of memorable moments, even in my civilian roles, they more often than not involve an ex-bud or a piece of military equipment or defence project.  Somehow everything I’ve done in the civilian world has some tie back to the military or RMC.”

In keeping with the tradition of doing more, learning more, achieving more, and getting to the next level   Michael founded, with 17160 Stephen Kalyta (CMR 1990), Pi Eco Canada (which converts plastic waste to diesel fuel).  He also maintains strong ties to the College by sitting on the RMC Club Board in Toronto and when traveling there’s always time for an unofficial beer call with old friends.