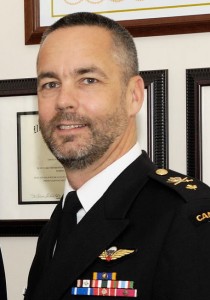 The long awaited announcement on the Varsity Program review has been made.

The first meeting will take place Wednesday, January 20, 2010 at 9:00 a.m. in the Senate Chamber (Mackenzie Building).

During this initial meeting, the intent and the desired outcomes will be outlined. In addition, a meeting schedule will be established. It is expected that weekly meetings will be held during the initial phases of this varsity review.

The aim of the RMC Varsity Review Committee is to review the orientation of the present varsity program and make specific recommendations to the commandant by 15 February 2010.

The committee will be comprised of a cross-section of people representing the diversity of RMC, so that a variety of views and perspectives are included in the review.

In total 15 persons will make up the committee representing both RMCC and RMSJ.

a. LCol Tony O’Keeffe, Director of Cadets, as Chair;

b. Mr. Darren Cates, Director of Athletics, as the Co-Chair;

d. Capt Gosselin as the Mil Wing Representative from RMCSJ;

j. Mr. John McFarlane as a Member of Distinction from the University Athletic Community;

The purpose of the 2010 Varsity Program Review Committee is to make specific recommendations to the Commandant on the following:

a. are the current varsity programs meeting RMC and CF expectations;

b. whether RMC should be competing at the university (CIS), college (CCAA), or civilian league level;

c. whether the current composition of the varsity program is appropriate;

d. whether the current composition be increased, maintained or reduced;

e. how RMC varsity programs can be better aligned with RMCSJ representative teams;

f. whether the RMC varsity program is providing value for the allocated funding; and

g. how RMC varsity teams will be measured in the future.