“Faith, once nurtured, can be an effective shield against the stresses of the unknown”

20141 Nathan Flight (RMC 1996) is no stranger to telling his story. He recently published Warrior Lord on Amazon which functions not only as his autobiography but looks in detail at faith as an essential component of leader resilience. As he explains, “Of all the valuable resources available across a broad spectrum of disciplines, I have found that faith gets the least attention; far less than it deserves. This book is my attempt to share the truth that hope exists, and that faith, once nurtured, can be an effective shield against the stresses of the unknown and even past trauma.”

The twenty-seven years of life experience that made it into the book began with Nathan’s entry into CMR St-Jean in the fall of 1991. It was the sense of adventure and purpose which drew him to the military, along with the direct offer of a paid education, with the promise that he could pull out of the program, with no liens, any time before the start of year two. Thankfully, he didn’t have to exercise this provision, and graduated with honours from RMC Kingston in 1996.

Like most that go through the military college system, the Newfoundland and Labrador native had his fair share of challenges as well as good times. “Early on, the challenges would have been adapting to a much pressured schedule as well as the language barrier (I was unilingual English, au debut). In the later years the challenges were mostly self-imposed and on the academic side; meaning there was healthy competition to be among the top of the class.” His fond memories include varsity basketball, close relationships, providing free haircuts and advice to his buddies, the feeling that followed the recruit obstacle course, and small class sizes.

“If there is one thing that I would have valued, but did not exist,” Nathan explains, “it was an authentic career mentor. Had I known at the time that, with few exceptions, all of the strategic and executive-level leadership in DND eventually sprung from the operational arms it is most likely that I would have opted to be a combat arms officer.  This by no means  disparages the wonderful men and women I was able to lead, mentor, and serve in a tactical or operational sense along the way, nor the profession of policing; rather, the facts are the facts… the CAF is led by operators. Nobody told me that when it was decision time, at the age of 19.” 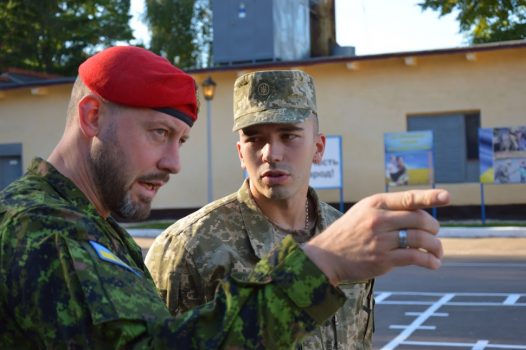 By the time he retired in 2011, after handing over command of 2 Military Police Regiment (Ontario), Nathan had completed four tours overseas, with themes that spanned peace keeping as well as direct combat operations, and nation building. He stepped back in uniform briefly, in 2017, to join the 3 RCR leadership team on a mentoring and capacity building mission to Ukraine, named Op UNIFIER. Of that task and relationship, 22085 Lieutenant-Colonel Khris Reeves asserts, “As Commander of Canada’s Military Support Mission to Ukraine, I relied on Nathan to help lead our team from within as he provided mentorship and coaching to me, his fellow commanders, and our Ukrainian partners. This had a truly remarkable effect on the professional and personal resiliency of my entire Joint Task Force.  Warrior Lord takes us through a crucial conversation that is more than simply about faith in a foxhole… it is about the questions we ask and when we ask them.  This work will inspire you to consider your gifts and fundamentally understand your goals.”

Warrior Lord, as Nathan explains, details much of his military career but also reveals that his release in 2011 was prompted by a desire for “freedom of action and a break from the tempo of frequent deployments with limited career progression opportunities. It was also about being fully available to my family.” The transition itself, he said, “has been multi-faceted and multi-sector. I had the good fortune of working as a director in a private college (seminary) context, for four years, and have put my operational acumen to good use in humanitarian response to natural disasters, first in Nepal (2015), and later Ecuador and Haiti (2016). In a clever turn of fortune, I now work in the defense industry with Calian Group (TSX: CGY), where my former college and CAF networks prove beneficial, and serve as an important reminder of the larger ecosystem we contribute to daily. An added bonus? I do not have to move anywhere. I hit the gym regularly, and can likely still ace the PT test.  The only difference is that my beard is grey, and I wouldn’t change that for the world!”

Those he served with are never far from his thoughts. Warrior Lord, in fact, is written for them: “To my brothers and sisters in arms, thank you for your past sacrifices and ongoing service. May this volume sooth your soul, give you pause to contemplate the big ‘whys’ in life, and lift you up should you need lifting. Be encouraged!”

Warrior Lord can be found for purchase on Amazon here. 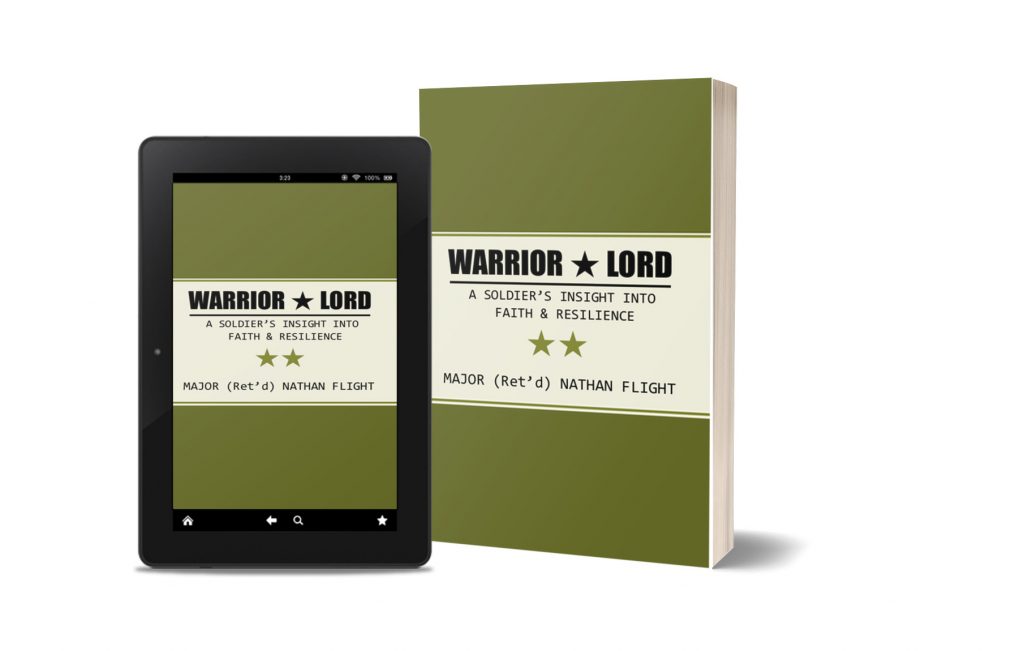