“Leadership is a form of story-telling, where you build belief in and a collective understanding of your vision for the future.”

20600 Phil Halton (RMC 1997) was always a story-teller. Whether spinning tales of his travels to friends in the mess or writing the satirical newsletter “Defaulters’ Parade,” he loved to entertain. With the publication of his debut novel, “This Shall Be a House of Peace” in January 2019, however, he has taken a major step forward as a professional story-teller. As he explains: “I had always wanted to be in a creative field, but I either couldn’t see how to make a living at it, or I didn’t see myself as skilled enough to do it. It was always something I did as a hobby. When I took the leap and began to write and work on my craft full-time, I very quickly realized that I was capable enough to make it lucrative.” 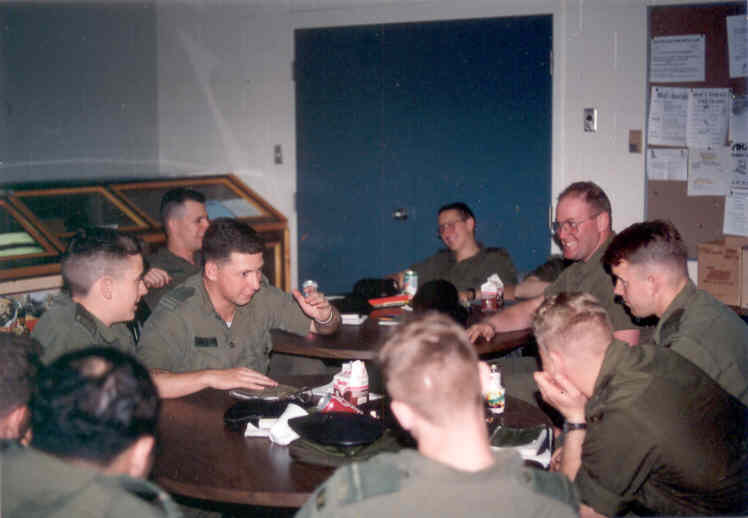 His military experience began when he was enrolled at CMR-St Jean in the fall of 1992. The College seemed like an incredibly cosmopolitan place to a unilingual anglophone from Oshawa, ON. “I was suddenly exposed to people from all over Canada, and the unique cultures they brought with them. I learned more about being a Canadian in those years than any other point in my life.” He graduated from RMC Kingston with an honours degree in Military Studies in 1997, and was then posted to the Royal Canadian Dragoons.

“I almost immediately started work-up training for a deployment to Bosnia. It felt incredibly good to put my training to use after what felt like five long years of preparation.” While deployed, he received a commendation from the SFOR Canadian Contingent Commander for his troop’s role in the seizure of an illegal Croat border post. 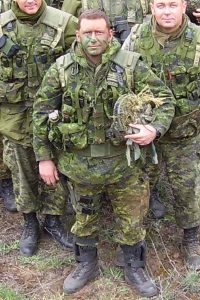 After his return to Canada, he was posted to Toronto as the G1 Operations (and then Acting G1) at 32 Canadian Brigade Group Headquarters, beginning a “from the firehose” education in personnel administration. “In hindsight, I learned a lot from that posting and it helped to round off some of my sharp corners,” he explained. “But at the time, I wanted to be on operations or at least have a higher overall tempo than the Army wanted for me.” He travelled frequently for pleasure – visiting Malaysia, Laos, China, Bolivia, and Ecuador – and continued to entertain friends with slideshows of what he had seen and done.

“I had itchy feet, and wanted a different lifestyle than the Regular Army could give me,” he explained. It was at this point that he decided to transfer from the Regular Force to the Reserves. “I would never have imagined doing this when I first arrived at CMR-St Jean, but my exposure to the Reserves though 32 CBG HQ gave me the sense that I could better balance out all the aspects of my life there.”

He very quickly attained the high operational tempo he was hoping for, heading to Afghanistan as a security consultant. From there, he began to work on projects all over the globe – in Iraq, Somalia, Palestine, Thailand, Colombia and across Françafrique, amongst other places. “After three years at CMR-St Jean, I was comfortable working and living in a francophone environment, although I sometimes had to concentrate in order to dial down my joual so that I could be better understood.” He eventually transitioned into a more conventional job managing security for a multi-national corporation, and from there to doing business development in Africa and Latin America for a Canadian defense firm. “I’d picked up Spanish in my travels, and later taken formal lessons to allow me to work comfortably in the language. My military college experience taught me how to learn a new language and culture, and about living in one. It’s a soft skill, but an incredibly important one.”

Again seeking more control over his personal tempo, only this time to lower it, in recent years he reinvented himself once more as a writer. “I had written a screenplay in my spare time, and had pitched it to producers and directors all over the place, and although it received many compliments, no one wanted to produce it. I decided to take that screenplay and rewrite it as a novel, and then had the same experience – no one wanted to publish it. I had already moved on to a new project when suddenly there was renewed interest in both works, and within two weeks of each other I optioned the screenplay and signed a publishing deal for the novel.” Since then, he has continued to write long form works and screenplays for feature films. He’s currently in the process of both pitching completed works and writing new ones.

And through all of that, he has continued to be active in the Reserves, and is currently a member of the Directing Staff at the Canadian Army Command and Staff College (CACSC). “A lot of the Army Operations Course taught at the CACSC is about problem-solving, but also about expressing complex ideas and plans to others in a way that they can easily visualize your intent. There is an element of story-telling to that, and to leadership writ large, that I didn’t recognize until I fully immersed myself in writing and story-telling. I’d been applying it all my life, but below the conscious level.” 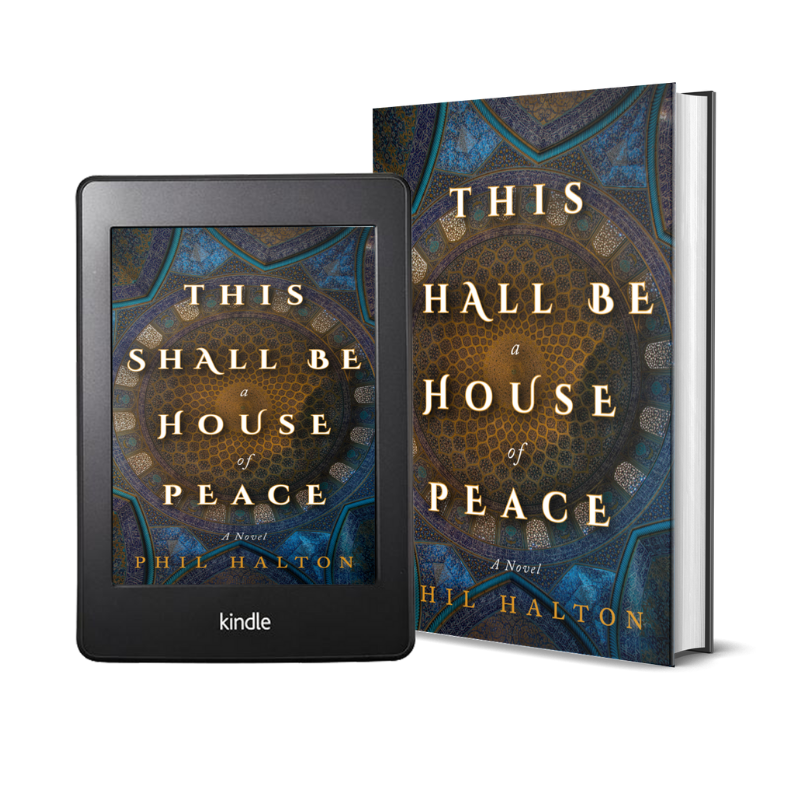 “This Shall Be a House of Peace” is a novel that describes the origins of the Taliban, through the eyes of its founding members. It is based on the authors own experience working in Afghanistan. It will be published by Dundurn Press on 12 January, 2019, and will be available through all the major retailers.