“Ambition can make them risk-adverse with a misguided belief that they will be measured purely by their successes.” 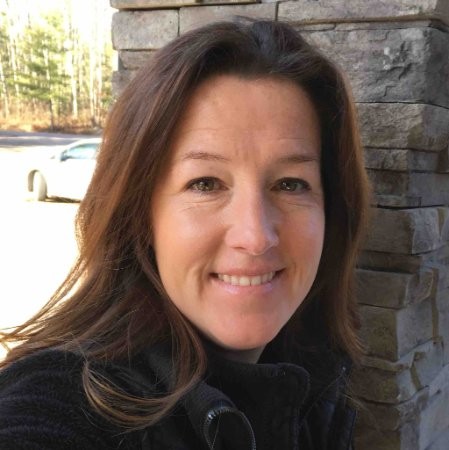 Why I am leery of ambition in young leaders

The consequences of error in my line of work can be catastrophic. It is for that reason that the artillery independent double check exists at every level. Nevertheless, errors happen. When they occur it is investigated so we understand what transpired, and we learn from it. Typically disciplinary and/or administrative measures ensue for those involved, but that is not actually the primary purpose of the investigation. What inspired this topic was my recollection of an error that occurred in training a few years ago. Humor me while I give you some context.

We were fire planning, so consequently there were two lieutenants in the command post, vice one. By virtue of position, one was more senior than the other, and overall responsible. The second was acting in a more technical capacity, computing and issuing fire orders to the guns. One target was at such a range that we had to deviate from the charge set for all other targets in the fire plan. This is abnormal, and usually the entire command post is therefore hyper-alert to this situation. Despite this, the new charge was not ordered, and the gun line fired on incorrect data. Thankfully, the rounds impacted in a safe area, though not where they were intended. The investigation was carried out, and disciplinary action was warranted. The reactions of the two lieutenants involved were drastically different.

The more junior lieutenant, while distraught that he had messed up something so significant, was very open in the investigation. He seemed focused on determining how and why the error could have transpired. He accepted responsibility, went to summary trial, admitted his guilt, and I would hazard a guess that he will never make that same mistake again. The other, came across in a very different manner. He seemed more focused on all of the things he did correctly as a way of deflecting focus on what he might have been able to do differently to have prevented it. He felt strongly that given the complexity of fire planning, there is no way he could have been reasonably expected to be accountable for the error as he was not the one directly responsible for issuing orders to the guns. He also went to summary trail, did not admit to the particulars, and was found not guilty. Both of these officers were technically and tactically competent. They were smart, physically fit, and ambitious. Both were marked as having high potential. The more junior lieutenant I would happily have on my team again, any day of the week. I would take the more senior of the two, because in my world you do not get to choose who you lead, but he would never be my first choice despite all of his strengths. He needed to come to grips with failure. He needed to stop trying so hard to be selected for the next course, first amoungst his peers. He needed to dial back his ambitious desires.

The formative years are called formative for a reason. They shape who one will become and can have a profound influence on the future. It is time that they will never get back, and so aspiring leaders must be present, in the moment, and actively engaged in those years, moreso than any other time frame. Too much ambition, a focus on the next bound, or several thereafter, can take a leader out of the now to their own detriment. Ambition can make them risk-adverse with a misguided belief that they will be measured purely by their successes. Focus on the destination prevents them from appreciating and learning everything that the journey can offer. It is the journey that unleashes potential.

For an ambitious, high performing person, failure may be a foreign or relatively unfamiliar experience. Consequently, it may also be very scary to them, and something that they try to avoid at all costs. But, this can prove costly in terms on their development as there are two very important things I have learned over time as I have had to overcome a fear of failure. First, a leader needs to get comfortable with the uncomfortable. If you are in the business of leading people, you are in an inherently unpredictable and dynamic environment. It is unlikely that you can control all the factors that will affect your ability to do your job. Adversity will make you stronger. Without pressure and challenges, a well-trained team should be able to function seamlessly. But a leader is required most when things start to fall apart for any reason. Second, the measure of a leader is not only in the successes they have had, but is in their ability to respond and grow from all of their experiences, good and bad. Generally speaking, more is learned through failure than through success. Young leaders need to learn that failure can be their friend.

Counter-intuitive though it may be, it is only through taking risk, being pushed outside of their comfort zone, and experiencing some failure that young leaders will truly discover their potential. Excessive ambition can blind a leader to this possibility with the belief that career progression is a step-by-step progression through positions of increasing responsibility. This is rarely the case. A career more closely resembles a game of Pick-Up Sticks than a Connect the Dots puzzle. It can be unpredictable and look a little messy, but patience, focus, skill and a little luck go a long way. My advice to an ambitious young leader would be to maximize their potential by embracing the chaos and friction. Fail early when the consequences are limited, and learn from those mistakes. This will create the necessary depth as a leader to absorb the challenges and experience success well into the future.

Don’t get me wrong, ambition is a healthy and necessary trait in leaders, especially when it refers to the drive, motivation, and energy a person has to put towards the accomplishment of something. But as it pertains to goals and aspirations, I regard that with much more caution, most especially with a young leader at the start of their career. It can have a blinding effect on them, and detract from their ability to properly lead and learn while doing so.