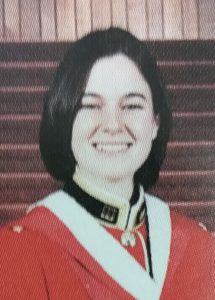 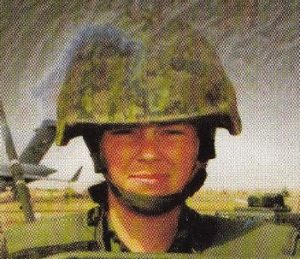 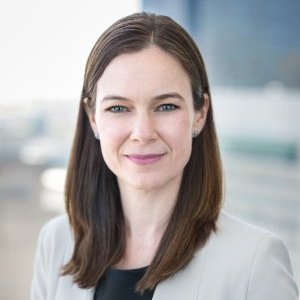 A Letter From Qandahar

Excerpt from the 2002 April edition of the VERITAS magazine – Gerry Stowe, editor

Having just finished eating lunch with my crew commanders, my crew is now in the process of sand bagging our tent area, due to the threat of indirect fire into the Qandahar airfield. The bomb-beaten airstrip of Qandahar, Afghanistan is what the 3rd Battalion, Princess Patricia’s Canadian Light Infantry Battle Group will call home for the next six to eight months. I am currently sitting in the turret of my Coyote (Armoured fighting vehicle) on a radio watch writing this article in my field message pad. When I marched off the parade square at RMC two years ago, I never anticipated that I would end up in Afghanistan worrying about BM-12 rocket attacks.

Asked to write an article for Veritas, I was told to include my biography. The biography portion made me laugh considering I only graduated twenty months ago. My personal opinion is that my curriculum vitae only began twenty-five days ago when I arrived in theatre. Nonetheless, I graduated in the Class of 2000 as a History Major. I had completed my Armour phase training the summer before and had been badged Lord Strathcona’s Horse (Royal Canadian) at that time. Upon graduation, I went directly to the Regiment stationed in Edmonton, Alberta. The first year at the Unit was spent on tanks doing the traditional Armour Corps pastimes: gun camps, exercises and making fun of the infantry. In October of 2001, I was moved into Reconnaissance Squadron in order to prepare for Rotation 11 to Bosnia. Needless to say, the mission changed in a hurry and now I find myself in a Third World country doing non-traditional Armoured Corps activities.

Command and control of my troop, which consists of five Coyotes and nineteen personnel, is a daily challenge. The vehicles are dispersed throughout the camp with the aim of providing 360-degree surveillance. Several of these vehicles are at all times on fifteen minutes notice to move in order to respond to emergency situations that may arise in the area. During a recent sandstorm, for example, two Chinook helicopters ran out of fuel and were forced to make an emergency landing in the middle of the desert. Together with another Coyote, my vehicle joined a platoon of American soldiers in HUMMVs, to provide security. The area was not proven for mines and the close proximity of local villages caused a threat of attack throughout the night. In the morning, “Fat Cow” – the refueler – flew in and topped up the two Chinooks. Despite a couple of scares throughout the night, everyone returned safely to the camp. This was my first experience with combined air/land operations. We were out to help the Chinook pilots while the Apache helicopters flew overhead providing over-watch for our mission. We were repaid for our services with a fresh meal cooked by the Chinook crews, and I learned that even in Afghanistan the pilots eat better than ground-pounders.

The pace around here is fast and continually changing. If I get an hour to myself, I am having a good day. We finally have porta-potties on the ground, which is a step up from the Vietnam-style barrel burning sessions that took place on a daily basis. The recent addition of camp showers played an equally important role in boosting the troops’ morale. Sponge baths can only last for so long. Mail continues to be a problem. It has been a month since the Battle Group arrived on the ground. Sustainment flights have not yet begun carrying regular mails runs. This could become a serious morale issue, especially for those with spouses and children. Many of my soldiers have two or three tours under their belts and, although this is not Bosnia, the time away from home begins to take its toll. The nature of our short notice deployment meant the cancellation of weddings, no embarkation leave and the inevitable mad rush to organize one’s life before getting on the plane.

We are finally getting into a routine; however, routine leads to complacency, and complacency leads to boredom and accidents. It is a challenge at all levels to maintain alert troops, troops whose role in the security of the airfield is crucial to all Coalition Forces inhabiting the area. An even greater leadership challenge is the fact that we do not know when we will be returning home. Half of the time, Orders Groups are spent quashing rumors on return dates and pay incentives. Despite the normal complaints about food and weather, the soldiers are happy to be here doing what they are trained to do.

When I look around the camp, I see many familiar faces from Military Colleges within the Canadian contingent. I am currently co-located with 21812 Alister Luft‘s platoon (3 PPCLI). There are a number of Ex-Cadets in his unit including 21507 Jeff Peck (Class of ’99) and 17465 Shawn Hackett (Class of ’91). College alumni from the Service Battalion include 16071 Colin Blair, 15636 Gord Hagar, 21023 Caroline Belley, and Camille Young. 20969 Jeff Toope, 21741 Mark Carriere, 19493 Don Hilton, and 16873 Rob Keller represent the Engineers. Last, but certainly not least, my fellow Strathcona’s – 21551 Craig Volstad, 20043 Trevor Cadieu, 18778 Dave Broomfield, and 17432 Tom Bradley – are all graduates of the military college system. I think I speak for all of them when I say that I never thought I would find myself in this situation. However, if you look at the world today, serving members could, and probably will, find themselves anywhere.

According to Linkedin, Faith Rhodes, is currently Senior Manager at EY