22612 Janus Cihlar, entered RMC in 1999 following graduation from Lisgar Collegiate Institute in Ottawa – his hometown.  He completed phase training from Canadian Forces School of Communications and Electronics (CFSCE) in 2004.

Janus spent the majority of his signals career in Field Units or on operational staffs. His military career highlights include 2 deployments with 1 Sigs to Kandahar, Afghanistan (2006 & ’09).

With 18+ years service, he recently ‘retired’ from the CAF but is staying with DND. Janus has joined the Quality Engineering Test Establishment as a radio frequency engineer.

Janus took some time to talk about his military college experience and more:

“I wanted to join a strong electrical engineering programme and RMC had outstanding lab facilities; better than Queen’s, which had been my preferred destination. The idea of a guaranteed job on graduation was attractive as well, and I had been part of the Air Cadet programme so I naively thought I knew what to expect. At that time Afghanistan was just a spot on the map.

“I started Recruit Term in the fall of 1999. I remember being thrown, pushed and dragged over the obstacle course by my much fitter flight-mates and the mix of elation, relief and exhaustion that simultaneously hit all 24 members of November Flight when it ended. I wanted to look tough in the “after” photo but I was so physically and emotionally drained it was all I could do to hold it together. As an engineer I was pretty focused on school but later that year I threw myself into artistic pursuits, spending hours with a practice chanter in the pipe band rooms and helping Amber Comisso run the annual English drama production.

I graduated in 2003 after four militarily-undistinguished years. I never had more than 2 bars and it never bothered me. Elec Eng was heavy throughout but I really enjoyed it, learning a ton from terrific profs such as Drs Amari, Johnson and “Power” John. Music was my main outlet from academics. 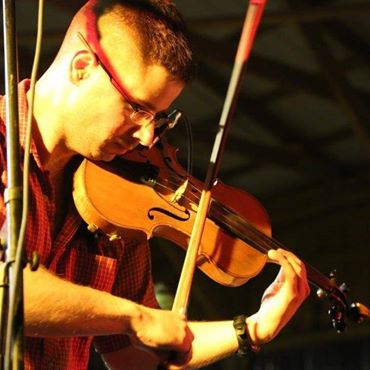 I loved running the pipe band with Andrew Michener and my good friend Matthew Wereley in 4th year, and I loved getting up to play the fiddle every once in awhile at the Tir Nan Og, with my friends pounding beers, shouting encouragement and singing along.

The fiteness pillar was always the most daunting for me. I was on remedial PT for enough of my first year to realize that once I got off it, I never wanted to return. In that sense, I suppose it achieved its aim. RMCPPT tests always worried me much more than any exam ever did.

I served 18+ years in the CAF as a Signals Officer in the Army. I had postings in Edmonton, Kingston, Petawawa and Ottawa, and spent more months than I care to remember in Wainwright. I have great memories from my two deployments to Afghanistan and my time with the special forces community. Several years ago I went back to RMC for what used to be the MDEM degree with Dr Joey Bray patiently prodding me through my radar/EM research.

I recently retired from the CAF in 2018 as a Major.

Very soon after, I went to work as a radio frequency engineer with the Quality Engineering Test Establishment in Gatineau QC. As part of the Emissions Security group, I help run electromagnetic emissions testing on a variety of CAF platforms and CIS equipment.

This new path represents a return to my academic roots. My wife Natasha and I moved out to the country and are putting down roots as we continue our respective careers.

Somewhere in my 4th-year archives, I have an email from my classmate Jason Martin nominating me for Class Secretary. He cited my IT skills (if only he knew) and the fact that I had thrown a couple of good barn parties for our classmates (those were  good times, even though I lost my watch in a field somewhere) as qualifying me for the job.

If there’s one thing I tried to do consistently as an RMC cadet, if not always graciously, it was to help my friends when they asked. I knew it was a responsibility that would grow with time and wanted to help, so here we are.”