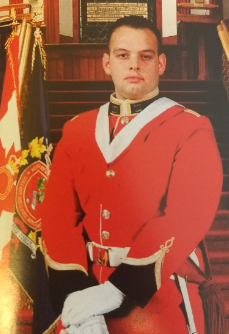 22862 Jeremy Hiltz (CMR/RMC 2004) hit the ground running as an Infantry Officer following graduation and never looked back. And while he takes great pride in his career so far, he actually had other ideas when he first thought about joining up. “As I grew up fairly close to CFB Greenwood, I was aware of the military and had considered it as an option,” he explained. “Initially, I began to fill out the application for pilot in 1999 but determined that it wasn’t what I really wanted to do so I didn’t submit the application at the time. I took a year off and worked in the local area. Approximately midway through my year off, I realized that I did in fact want to attend university. I returned to my high school and met with my former guidance counsellor. In discussions with him, I decided to actually apply for the CAF.” So why did Jeremy ultimately apply as an Infantry Officer and not a Pilot? “I felt that the challenge that this trade presented was going to be the most rewarding for me.”

He was accepted and enrolled in Halifax before going to Saint-Jean in July 2000. Over the next four years the Morristown, Nova Scotia native made more than a “few” fond memories. “Playing rugby with the Paladins in my first and second year definitely is up there,” he answered. “And my closest group of friends replicated the Old Eighteen photo. As we had twenty of us, we easily replicated the eighteen original Cadets in Scarlets with two of our cohort in 4’s. We even had a dog as part of the picture.”

Like many Cadets, Jeremy had his challenges as well. “Academics and military responsibilities often competed for the same time so finding a balance could be difficult,” he said. “I also wanted to ensure that I had a social life beyond the peninsula!”

Several staff members left a lifelong impression on Jeremy as well. “Mr. Bill Oliver’s dedication to the College and Cadets was outstanding. I am confident to this day that if I reached out to him for assistance he would still be there to help. And Capt (now Col) Viens reached us on our level as an academic in uniform and made learning fun. Even to this day, he is willing to help.”

In the fourteen years since graduation, Jeremy’s career has been largely with the Royal Canadian Regiment.  He is currently posted outside Canada (OUTCAN) in Riga, Latvia in support of OP REASSURANCE. “My position is within CJOC (Canadian Joint Operations Command) Task Force Latvia as the J3/5/7,” he explained. Jeremy has served in all three battalions within The Regiment in a career he looks back on as both challenging and rewarding. 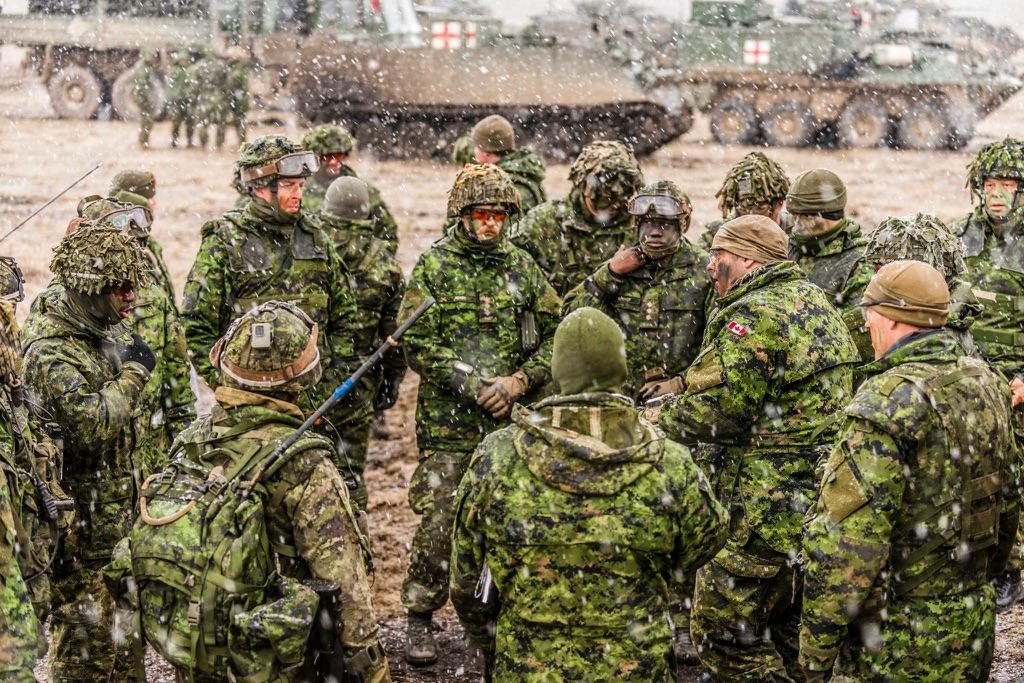 “I conducted a year On the Job Training (OJT) with 3rd Battalion, The Royal Canadian Regiment from October 2004 to June 2005,” he said. “Upon completion of my trade qualification, I was badged RCR and posted to Petawawa with the 1st Battalion, The RCR. I deployed on OP ARCHER / ATHENA with TD 3-06 with the 1 RCR BG. Following my tour, I was posted to 2 CMBG Bde HQ as the Comds EA for two years. Following this, I was posted back to the Battalion and deployed on TF 1-10 with the Operational Mentor and Liaison Teams. Following my second tour, I was posted to Gagetown, NB, to the Infantry School at the Combat Training Center. After four years there, I moved across the street to 2nd Battalion, The RCR where I was the Operations Officer and Officer Commanding India Company. In 2017, I was posted to Toronto where I attended the Joint Command and Staff Program at the Canadian Forces College. Most recently, I am posted OUTCAN to Riga, Latvia.”

He has more than a few fond memories from his career as well. “My most memorable times in my military career are very much the times when I have been privileged to command,” Jeremy said. “Being a platoon commander in 2006 for an operational tour, a Company Commander Mentor in 2010 and my Company Command time in 2017 have been the most memorable. Besides the command time, the most challenging staff positions I have experienced have been as the Chief Standards Officer for the Infantry School and my current position as the J3/5/7 for an OUTCAN Task Force.”

3428 Earl Sinnett is RMC Foundation's Donor of the Week