25276 Ben Apedaile: Adventure in his blood

I joined RMC in 2008 and like most First Years I was completely unaware of the challenges and excitement that lay ahead. Over the course of those four years my time at RMC was filled with adventure and included playing varsity rugby, staying awake through my Civil Engineering degree, sneaking in and out of Sauve, managing several fundraisers on Division Street during the final iteration of the Live-Off program and many, many more.

After graduating I completed Combat Engineer training in Gagetown, NB before moving home to Calgary to embark on a career in the civilian world. I decided to release from the Reserves in 2015, and not shortly thereafter I was invited on the trip of a lifetime – a motorcycle journey from Alaska to Argentina with two friends. I could hardly say no. 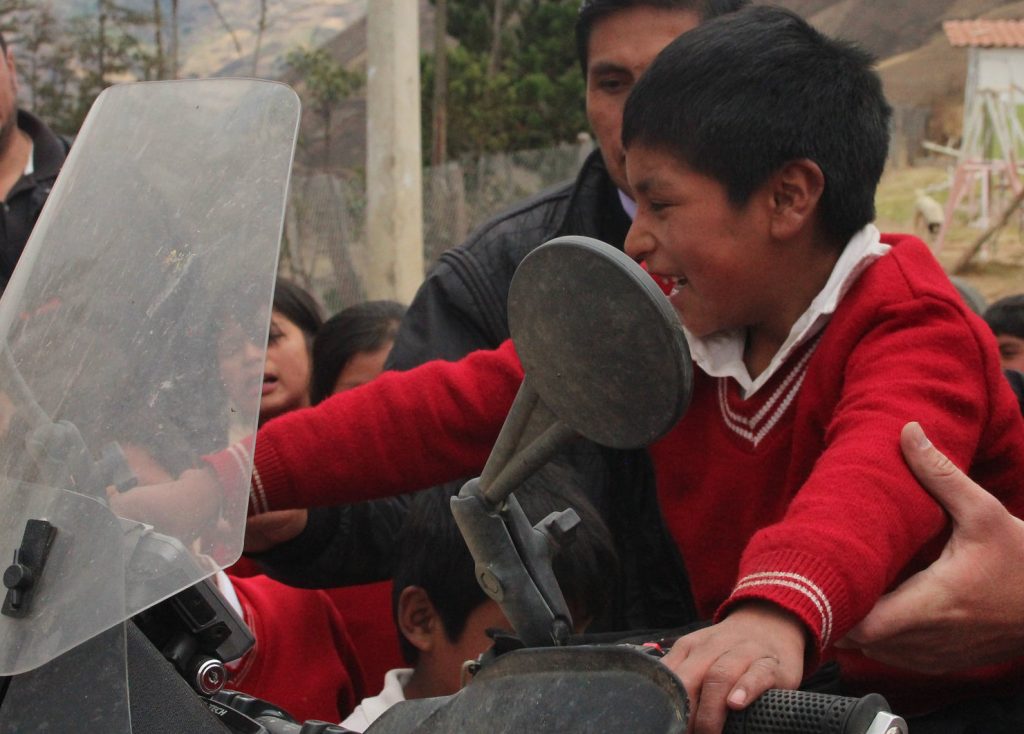 After months of organizing and planning, we finally set off, beginning our 36,000km adventure with an initial leg north to Deadhorse, Alaska before setting our sights on Ushuaia, Argentina – the ‘End of the World’. We undertook an additional goal of fundraising for WE Villages, an organization that works towards eliminating poverty in developing countries, and thanks to our generous donors we surpassed our goal of $22,000.

Along the way, we kept an online blog to update our followers at home on the changing geography and climate, the friendly people along the way, and the stories of adventure that filled the months. Below are two excerpts from the trip written on the road, the experience untarnished by the passing of time. First, an unforgettable stretch of road on the Canadian west coast followed by the desolate description of our journey through the Sechura desert in Northwestern Peru. 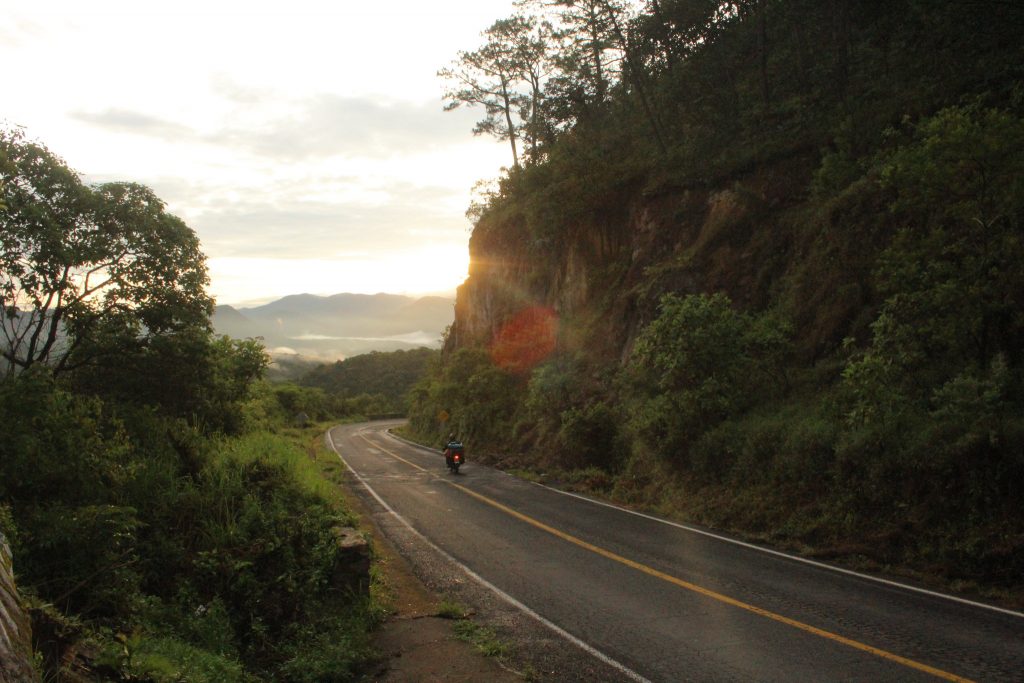 Riding along the windy road we experienced tight corners around large outcrops of heavy rock, and at times we were seemingly within arms reach of the rivers, streams and lakes whose paths we shared through the Cassiar Mountains. These mountains were magnificent, at first emerging blue-grey from the horizon over the tired pavement, then coming into focus as the tall forest-green walls gave way to the jagged peaks dotted with snow and ice, breaking through the low lying clouds as they reached for the sky above. Alongside the bikes rushed lush ditches of mottled greens, punctuated by pockets of purple wild flowers that covered wide swaths of the roadside. The deep yellow and bright white petals of shorter plants seemed to mirror the lines on the pavement, almost signifying a seamless transition between road and wilderness. At times the tall forest all but encompassed the road, as if we were riding through a long corridor of wavering green. Though the weather was calm, above in the treetops was a firm breeze as fading green leaves and the first touches of yellow fluttered to the ground in front of us, only to be kicked up by the speeding rubber by our feet. Our pace was aggressive but our hearts were at peace and the partially obscured sun cast light perfectly on the dancing leaves and rugged peaks for a brief moment in every turn. The day had had its challenges, but none of that mattered while the road swept us up in its charm. 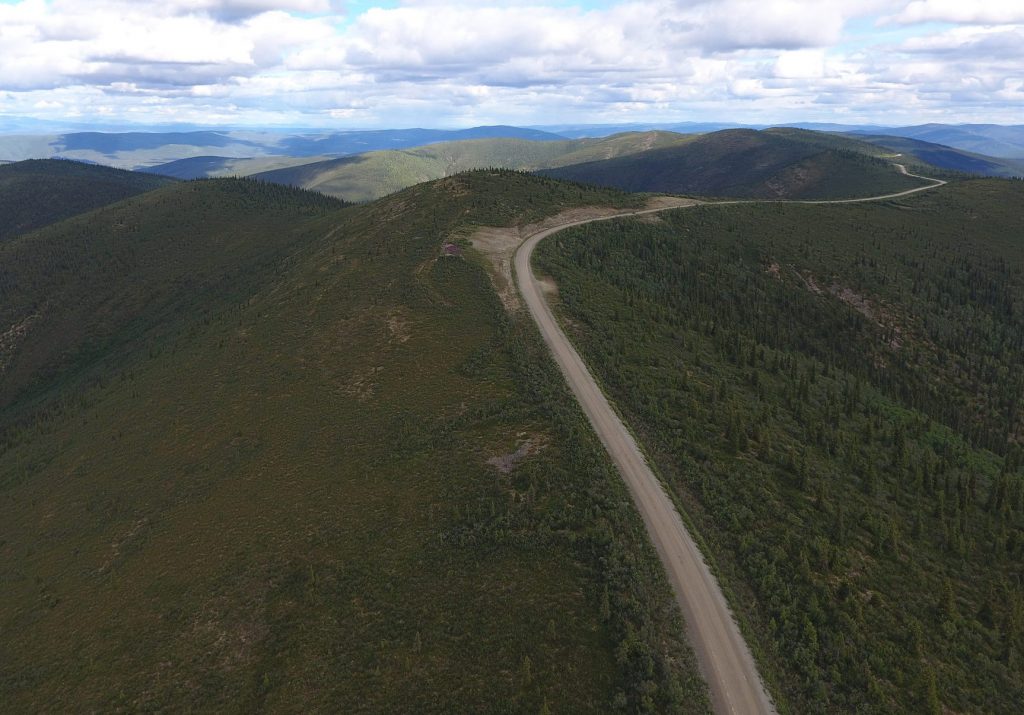 The road was long, straight and wide, so the miles were easy, and in between towns the vastness and emptiness of the desert carried with it a unique attraction: maybe not beautiful, but undoubtedly powerful, impressive, and unforgettable. As the miles passed along with the many minutes, we continued to battle the uncompromising desert wind, which surprisingly caused very little sand to be swept across the road in front of our cavalcade of leaning bikes, all fighting to maintain a straight course between the lines. To the east were windswept hills, light in colour but marbled with a darker sand. In their midst lay other mounds; some smooth, soft, and sandy, others sharp, menacing and rocky. To the west the Pacific Ocean appeared occasionally, and it was a remarkable experience to be riding on the very boundary upon which the endless sea of blue water crashed relentlessly onto the immovable immensity of gritty sand, neither element giving way to the other. The experience led to a growing appreciation for the isolated infinity that we were crossing and to each alluring ingredient that occupied the endless space. Maybe the desert was beautiful after all…

More details on this trip of a lifetime – a motorcycle journey from Alaska to Argentina: www.alaskentina.com