“If our closest neighbours don’t know our story, how can we expect the country to?” 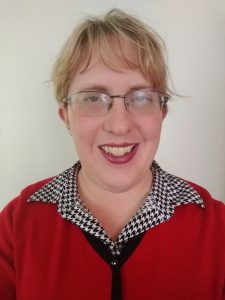 Working as the Assistant Editor for e-Veritas, I see the job as helping to tell the story of Canada’s military colleges. This obviously includes what’s going on at the colleges currently and involves current Cadets but it also includes ex-Cadets of all ages. e-Veritas tells the stories of what we as ex-Cadets do after graduation and even after we leave the military. It is, in short, our story.

I say that so you’ll understand what I mean when I say that my ears perk up some when I hear others talk in similar terms. At the November Kingston Branch luncheon which I had the privilege to attend, for example, 2572 MGen (ret’d) Frank Norman gave those present an update on the RMC Museum project. One of the things he stressed is that the role of the museum is to tell the story of RMC, “a story that needs to be told,” as he put it. (For the full article see here.)

Now I will admit that the luncheon was the first time I had ever heard in detail the proposed plan for the museum, but as I understand it the planned location for it would attract visitors to Fort Henry and not just tourists but those from the community as well. One of the things I have learned now that I live and work in that community is that our closest neighbours don’t always know us as well as we might think they do. They know more or less where RMC is (although I’ve learned you can’t take that for granted) and they know in a general sense what goes on here but that, more often than not, seems to be it. In short, they don’t really know our story.

With the various studies that have been done recently on the value of the College, I have heard talk of advocating for the value of RMC on a more national level. That, to me, means re-introducing the country to our story. And while that is certainly important, I wonder if it isn’t going about things the wrong way. If our closest neighbours don’t know our story, how can we expect the country to?